3 Reflections on Power Rising and Being Buoyed by Black Women 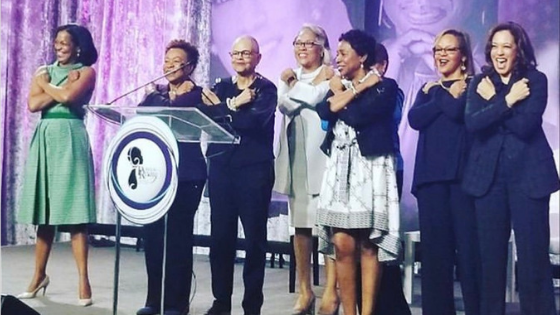 This year’s Black History Month was not without its share of drama and controversy. After a series of blackface scandals, the arrest of Jussie Smollett for allegedly faking a hate crime and Donald Trump’s usual antics, it felt like we should probably just cancel the month altogether and try again next year. But as usual, Black women remained resilient, focused and did amazing things to create a better world. To use a sports metaphor, we were the real MVPs (Most Valuable Players) of Black History Month and delivered all kinds of exciting wins!

I spent the last weekend of the month at the second annual convening of Power Rising—the summit that gathers Black women and girls from across geographies, backgrounds, age, sexuality, gender identity, religion and socio-economic status to connect around issues related to health and wellness, politics, education, economic empowerment and culture and community. This year’s gathering was in New Orleans and coincided with the city’s Mardi Gras celebrations, giving us an exciting opportunity to revel in the rich culture, heritage, and diversity of Black communities. It was a treat to celebrate our collective #BlackGirlMagic during such a festive, vibrant time in this majority Black city.

Being in community with nearly 1,000 other Black women was powerful and transformative. And there are too many inspiring and insightful experiences to name individually. But here’s a look at my top 3 reflections:

Black History Month may have gotten off to a rocky start, but it was buoyed by the excellence of Black women who can’t help but shine all the time. And we are riding that momentum right into Women’s History Month, where we get another 30 days to celebrate our magic!

On Advancing Equity and Building Community Through Philanthropy: An Interview with Dr. Sherece West-Scantlebury

Be True to Yourself and Keep Going: An Interview with Arlan Hamilton