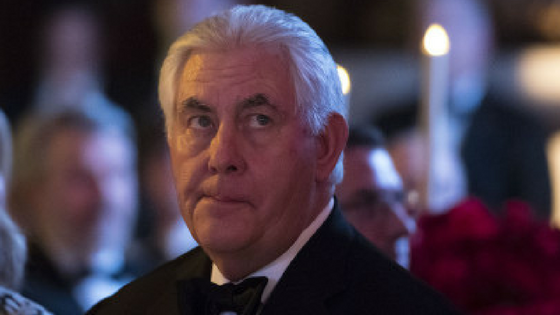 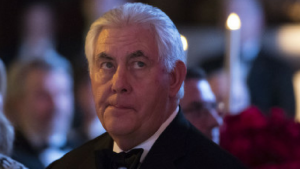 #1: Tillerson got no respect when he was fired.

The Secretary of State learned that he was out of a job via Twitter. His boss announced his termination to his 30,000,000 followers and then called Tillerson hours later in case he hadn’t already heard the news via FOX or CNN. Ouch!

#2: Tillerson got no respect on the job.

Tillerson had a decent idea – that the U.S. should calm the nuclear war waters by 1) talking with North Korea without a commitment to disarmament and 2) ending daily bombing threats.  The problem is, Tillerson didn’t clear the idea with his boss and he was reprimanded via Twitter. The Prez said his idea was “stupid and naïve.” Then, his boss stole the idea by telling diplomats from South Korea, “Sure! I’ll talk to North Korea.”  His boss then ran a victory lap for his superior diplomacy! We’ve been there. Many of us have experienced the stolen, dismissed idea!

#3: Tillerson was replaced by the boss’s favorite because he made the boss “uncomfortable.”

Tillerson disagreed with the boss regarding the Iran Agreement, North Korea, kissing up to Russia, and myriad other details… So naturally, Tillerson was replaced by one of the boss’s favorites – Mike Pompeo.  According to the Prez, he and Pompeo are “always on the same wavelength,” which is code for Pompeo never disagrees with me. Black women have PhDs in making others feel uncomfortable simply as a result of doing our jobs.  We’ve paid the price too.

While Tillerson pondered the size of the State Department, the President’s son-in-law, Jared Kushner was given plum assignments, including crafting peace in the Middle East and handling relations with Israel and the UAE (among others). The son-in-law didn’t handle his business but what’s that got to do with anything?!  Tillerson was only Secretary of State while Jared is the son-in-law! What did Tillerson expect?!

#5: Tillerson stayed for the greater good.

Instead of leaving his post to enjoy his wealth and stature, Rex stayed on the job because he believed that he was fighting for a greater good, including democracy, blocking Russian control over the U.S., truth, and justice.  Unfortunately, in return for his devotion, he got a karate chop to the head from the Establishment. We know what that’s like!

And, like many Black women, even though he was being treated poorly, Tillerson’s departure was a class act.  He promised an orderly transition for the good of the nation. He said his “goodbyes” in person vs. via a Tweet and he still managed to throw some shade!  Rex, “We didn’t hear any thank you to the President in your departure speech.” Snap!

We should all wish Secretary Tillerson the best. While we didn’t agree with the way that he deconstructed the State Department (per the boss’s orders?), he often sounded rationale, which is high praise these days.  Also, he seemed committed to putting the country first.

Plus, now that Rex knows what it’s like to walk a mile in our shoes, we’re excited for what’s next.  After all, he said, “The world needs selfless leaders [like the leaders in the State Department] ready to work with longstanding allies [who are] devoted to a free and open society, acts of kindness to one another, honesty, and quiet, hard work.”

Career Growth as an Exercise in Courage: An Interview with Lisa Hall

The Story We Tell About Poverty Isn’t True