“I AM A STRONG BLACK WOMAN AND I CANNOT BE UNDERMINED.” 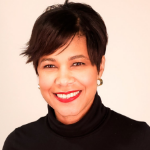 Jocelyn’s motto is, “tell the truth and make a difference.”  She’s a sociologist at heart and a fierce advocate for making sure that systems work for Black women. She’s also passionate about amplifying Black women’s voices so that we can win the story wars and shift the debate.  In addition to enjoying her amazing career as a fundraiser, marketer, and leader for nonprofits, she’s in love with her friends, her daughter, her husband, and her dog, Olive.  Connect with Jocelyn on Linkedin and Twitter. 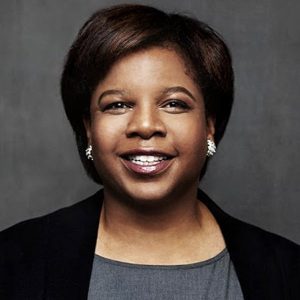 Since her school days, Angela has engaged in social activism to push the United States to be a more just and equitable society. A lawyer by training, Angela has also used the law, history, and social theory to pursue the progressive agenda. Angela devotes her time to reading, writing, and talking about ideas that can change the world. As a Black woman, Angela particularly relates to the challenges and triumphs of Black women, but she sees herself as a champion for all people. Angela believes that by acting together, people of good will can change the world for the better. She enjoys music, travel, and spending time with family and friends.  Connect with Angela on Linkedin and Twitter. 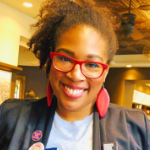 As a student at an all-girls Catholic high school in Baltimore, Kelly learned a saying from her favorite nun, Sister Mary Ann, that has stayed with her for nearly three decades: “Si quieres paz, lucha por la justicia (If you want peace, struggle for justice).” She has been working for justice ever since then, in various capacities as an educator/trainer, organizational consultant and writer. She has a Ph.D. in Conflict Analysis and Resolution and wrote her dissertation about how Black women use social media to tell stories about their lives. She enjoys working out her own life’s conflicts on her yoga mat, taking long walks with her beagle pup, Clinton, binge watching really bad reality TV, and drinking bourbon.  Connect with Kelly on LinkedIn and Twitter. 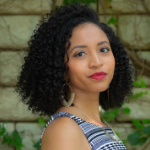 Dominique Derbigny is a writer, facilitator, consultant and advocate for racial and economic justice. She envisions a future where Black and brown people are valued, invested-in and thriving. Currently based in Atlanta, GA, she has spent the past decade working with nonprofit organizations focused on creating a more equitable and inclusive economy. Dominique writes for BlackHer because she believes in the individual and collective capacity to spur social change through inspiring others and speaking truth to power. She is energized by travel, books, music and mindfulness, and is a mama to Snobabi the cat.  Connect with Dominique on LinkedIn and Twitter. 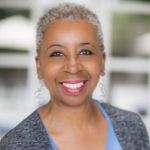 Karen James Cody is a professional writer based in the Washington, D.C.  She’s passionate about women’s rights, children’s rights, economic parity, and social justice; and thinks we all have to be engaged in the hard job of making our society work for everyone. She has long put her time and money where her mouth is, supporting women’s organizations and educational nonprofits. She has always been interested in politics and law.  When not working, she enjoys getting outdoors whenever she can – hiking, camping, kayaking, canoeing – and she treasures the local, regional, and national green spaces that are part of North America’s rich heritage. Connect with Karen on LinkedIn.

We also have SO MUCH LOVE for Josette Haddad, our fabulous copyeditor, Taughnee Stone, our amazing designer, and Zlatko, who keeps our systems humming.