Afropunk 2018: Celebrating Blackness or Selling Out? 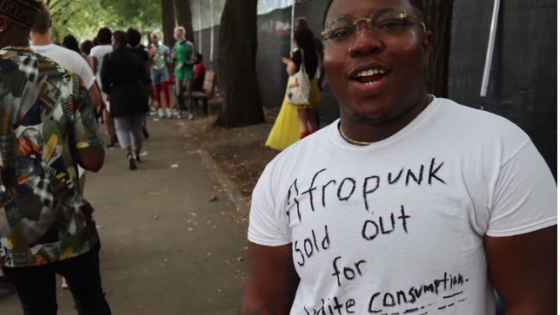 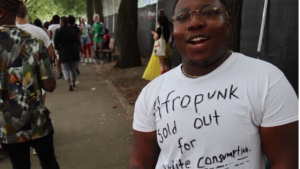 This past weekend was the annual Afropunk Festival in Brooklyn, NY, and BlackHer was fortunate enough to have some feet on the site for this year’s event.

For those of you have may not have heard of it before, Afropunk is music festival held every summer, whose origins stem from a lack of recognition of Blackness within punk culture. We all know Black people created most (if not all) of our favorite musical genres, but punk music, specifically, is one that is very easily skimmed over in this conversation. That’s why the festival’s original purpose was to give space to all the punk rock Black artists and Black listeners. Here, they could find a platform to share their music, a space to feel free from the scrutiny that punk culture often entails, and more importantly, a community.

In this community, the people were also welcomed to openly resist and go against the cultural norms of society – that is, after all, the whole basis of punk culture. One was invited to speak out against systemic oppression, racism, the patriarchy, and capitalism. Traces of this mission statement are still evident in the festival’s most used hashtag and their motto: #thepeopleresist. And in the most anti-capitalist fashion, Afropunk used to be a free event, to ensure full access to all those within the community. It wasn’t about making a profit or climbing any socio-economic ladder. Those who have been veterans of the festival for years reminisce about what a beautiful community Afropunk created; it was truly, first and foremost, a celebration of punk-rock blackness.

In more recent years, the festival has strayed away from its original purpose. Attendees will no longer find a lively, Black punk community, but rather something more akin to a “Black Coachella,” featuring headliners such as Anderson Paak, CeeLo Green, Kaytranada and Erykah Badu – not exactly musicians known for being what is stereotypically thought of as “punk.” Perhaps in the messages delivered by some artists, such as Ms. Badu (we’re thinking back to her New Amerykah albums), you might find some semblance of a rallying cry to dismantle the oppressive systems in place, but stylistically speaking and in terms of the audience they serve, many of these artists are… more palatable to a wider audience.

Don’t get us wrong.  We generally love anything that is centered around celebrating Black people and Black artists of any kind! If nothing else, this year’s festival was especially great in its intention of putting the spotlight on and celebrating Black women. Sunday’s lineup was ripe with women who are killing the game, either as legendary revolutionaries – Angela Davis graced the festival with an appearance during Power Jam – or legendary artists. 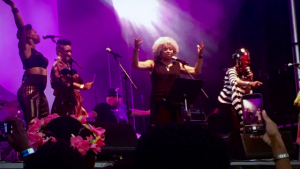 Nothing encapsulated what we at BlackHer and many around the country (and even, the world) are feeling more than when Angela Davis, with a soulful rhythm playing behind her, proclaimed,

“When women rise up, the world rises with us!”

And when Ms. Erykah Badu closed out the night, under the light of the full moon, no moment could be closer to that divine feminine than her almost motherly embrace of the entire Afropunk audience.  We were hanging onto her every word. The loving moment she shared with fellow powerhouse, Janelle Monae, reminded us all of the importance and power of sisterhood in our community. When we lift each other up, we are truly unstoppable.

Who’s House is It?

However, it cannot be ignored that some of the Black patrons in attendance were not treated with the respect that they were due or promised by the festival’s core tenets.

One incident in particular that caught our attention was that of Ebony Donnely, their partner, Ericka Hart and Lorelei Black who attended the festival this year and were also, later, escorted out. Ericka was invited backstage for an interview and insisted that their partner and friend were allowed to come with them. Following the interview (which Hart did for free), they were compensated by being allowed to hang out in the VIP section. Now, Donnely and Hart were apparently long-time veterans of the festival, who had noticed the dissent from Afropunk’s originally stated premise over the years. It was for this reason that Donnely bore a shirt stating, “Afropunk sold out for white consumption.” The shirt also had a call-to-action on the back, asking for a boycott of Red Apple Nails, after a video surfaced of the employees brutalizing two black women customers. The shirt drew the attention of Afropunk co-founder, Matthew Morgan, who then approached the group asking, “What’s this?” referring to Donnely’s shirt. Morgan then proceeded to interrogate the group as to why they were there, proclaiming, “This is MY house!” before having them escorted out of the VIP section. You can read more about the incident in Donnely’s op-ed, Afropunk doesn’t care about Black people: Beyond a t-shirt.

What about any of these actions taken by Morgan was “punk,” much less “Afropunk?” Where was the discourse?

Why did Morgan not have a conversation about what could be done to improve the experiences of the Black attendees of a supposedly Black-centric festival who felt that whiteness and anti-blackness were encroaching upon what is supposed to be a safe space for them? An organization whose mantra seems to be “The People Resist,” just silenced the voices of those who were enacting their power.

If Afropunk was truly a community, that stands by the tenets of “no racism, no bullying, no hate,” then they would take the critique of their actions seriously, by those who are most affected within the community they say they serve. As it is, a once free festival centered around black, punk counterculture, placed in a park surrounded by the housing projects in Brooklyn, now charges upwards of $200 a ticket for more mainstream headliners, making it inaccessible to many in the area.  And those in attendance will find a VIP section full of white people openly appropriating and/or disrespecting their culture –  if not that, gawking at the attendees as if it were some spectacle for their consumption.

Following Ericka Hart’s account of the incident on their Instagram (@ihartericka), one will find that this is not an isolated incident. After reading this and other accounts, it’s difficult to find a reason to support an organization that is not looking out for its people. If you claim to be “For the People, By the People,” then you must take care of the people. Otherwise, you are enacting and upholding the same structures that capitalism, the patriarchy and ultimately, people like Trump have and continue to. And that’s not very Afropunk of you. 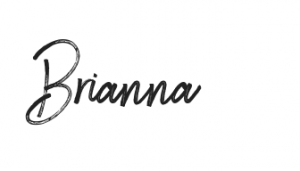