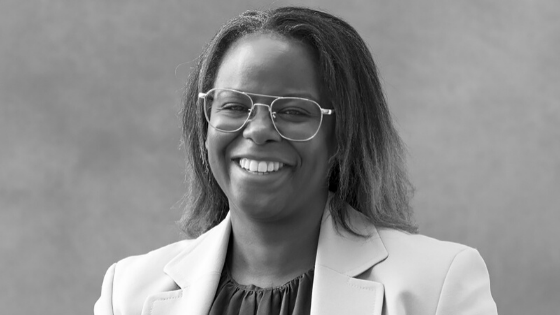 Our BlackHer Shero of the Week is Sandra Stevenson, an award-winning picture editor.  For the past 15 years, she’s been a member of The New York Times (The Times) news team.  Stevenson has served as picture editor and assistant editor in the photography department and as a writer and photo editor for Race/Related and Gender and Society. Stevenson and her team members use powerful images to capture real people’s stories.

Sandra, thank you for talking to BlackHer.  What led to your pursuing a career in journalism? What do you do as a journalist today?

I knew I wanted to work in visuals, film, or television. After graduating from college, I was accepted into the NBC Page Program. As a page, I eventually landed a job working as a production associate on the morning news programs, Sunrise, Today, and A Closer Look. This was a first step toward working in visuals. I left NBC to work at the Black Filmmaker Foundation and on Boomerang, a movie starring Eddie Murphy.  I returned to NBC and worked on the  Nightly News and Weekend Nightly News. I realized I wanted to be closer to gathering the news. An opportunity to join the photography department at the Associated Press opened up. That was over 20 years ago, and I’ve remained in the field ever since.

You’re now at The New York Times.  What do you do there?

I currently serve as an assistant editor in the photography department working with and managing a team of picture editors who curate the home screen and mobile content and work on special projects. I served as the picture editor for Race/Related in the early years of the project and currently serve as the photo editor for Gender and Society. We have a book out called This is 18.

For the #thisis18 project, we found 22 female photographers ages 16 to 24 from around the world and assigned them to photograph 18-year-old girls in their communities. When we asked the photographers and subjects how they felt about the project, their response was “we didn’t think anyone cared about what we thought”. They were excited that we wanted to hear what they had to say.  Having the ability to empower people through their voices is one of the reasons I do what I do.

The other reason I’m in photojournalism is that my father loved to take photos, and my mother always complained about how we were portrayed in news stories and visuals. Black people too often appeared as featureless blobs with eyes. Representation means a great deal to me.

Do Black women bring something special to the field of journalism? Nikole Hannah-Jones’s ground-breaking work on the 1619 Project makes me think that we do.

It’s not that Black women bring something special to the field, it’s that we are crucial to reporting and newsgathering. We bring a voice and understanding that all-white or predominantly white newsrooms miss time and time again. Coverage in many newsrooms turns readers off, is harmful to communities of color, and disenfranchises us.

I have great respect for my contemporaries, including Nikole Hannah-Jones, who use journalism as it was meant to be used.  The goal of journalism is to:

It isn’t always easy to convince editors to cover our stories or to cover stories through a different lens, but it’s important and brave work.

Ida B. Wells started a news pamphlet to tell the world about lynching. The Chicago Defender served Blacks during the great migration and Jet’s publication of the Emmett Till pictures spawned the modern Civil Rights Movement. Today in 2019, The Root, BlackHer and many other online media companies provide coverage on our social movements. Black people have long created our own newspapers so that we can be informed about the news that is critical to our lives and so that we can be heard. Is The New York Times an important paper for Black people?  Why or why not?

It’s interesting that you bring this up. The Pew Research Center recently published a study around trust in media, which showed that

“Black Americans generally have higher support for and trust in the news media than Hispanic Americans, especially white Americans. For example, 57% of blacks say journalists have high or very high ethical standards compared with 49% of Hispanics and 41% of whites. Also, 41% of black adults say news organizations are fair to all sides when covering political and social issues, 10 points higher than Hispanics (31%) and 19 points higher than whites (22%).”

I’m not sure why we have more faith in the media than others. Perhaps it’s our tradition of having a Black press; perhaps it’s because historically, we have relied on media to expose injustices.

The New York Times is an important paper for Black people, domestically and internationally.  It is “the paper of record” in the U.S. Even when Black people have access to Black-owned news, we need to read the Times and other newspapers to ensure that they are covering issues that matter to us, and that people like us are working for these papers.

The Times is also a responsive institution.  We want to be the best newspaper in the country, but we know we aren’t perfect. While we work hard to cover stories professionally and objectively, there are moments where we stumble. At those times, I appreciate it when readers hold us accountable. It spurs conversation among my colleagues and inspires us to revisit policies and procedures. It also causes us to reexamine how we cover stories and which stories we need to tell.

You are a wife and mother and a very active contributor to your community.  What social justice issues are important to you?

Access and equity in education are extremely important to me. I’ve written articles for Montessori Life and Education Life, a former Times feature. I also serve on the board of the American Montessori Society. Having a thriving, stable global society is dependant on the education our children receive.

When I talk about equity in education, it goes beyond books and curriculum. It means that facilitators, teachers, and administrators – the people who hold power and teach – are also diverse. Too often, schools fail to see that when the power structure in their building is white and support staff are people of color, then the hierarchy children see and experience, trumps anything they are taught in class.

I feel hopeful when I see young people like my son making these points better than adults do.  They are more engaged with what is happening around them than I was at their age.

My mom and her sister. They always give the best advice when it comes to managing people and personal matters. Neither of them has ever questioned my career choices.  They have always been supportive, even when I went to France for a couple of years while working at the Associated Press!

Let me ask you the miracle question. You go to sleep tonight and wake up tomorrow and it’s December 2020 and a miracle has occurred for Black women. What happened?

Black women are no longer invisible! We are no longer perceived or portrayed as threats. We have an equal opportunity to thrive and fail without prejudice.