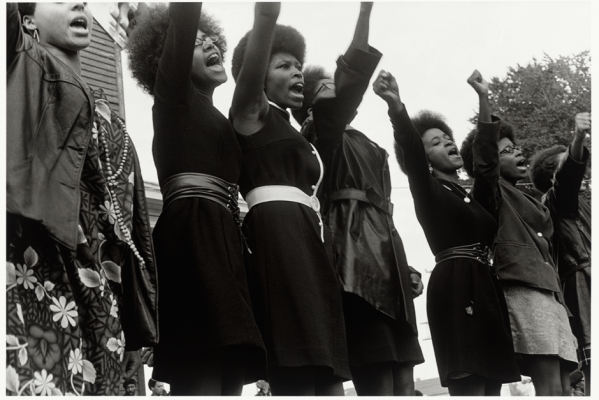 February is Black History Month and March is Women’s History Month, but the intersection of these two celebrations often obscures the visibility of Black women. Navigating a culture of anti-Blackness and misogyny can make it difficult to exist as two significant and distinct identities—Black and Woman. When and where do we honor Black womanhood and the perseverance, wisdom, and accomplishments of Black women past and present? Let’s create a deliberate space to elevate our experiences as we navigate these months, after all—sisters—we have much to celebrate. #BlackHerstory

In 2018, roughly 500 Black women are running for local, state, and federal political office—and we are here for it!

This year, with 90 Black women (and counting) running for federal seats in the midterm elections—more than double the total number of Black women who have ever been in Congress—we are unapologetically seizing our political power.Click To Tweet

Several additional Black women will make history when elected to state positions this year. In total, 39 women have served as state governors with zero Black women in this leading role. Let’s change that in 2018! Stacey Abrams is coming for you, Georgia—fellow residents, she needs your vote to become the first Black woman state governor in Georgia and the United States. In California, Veronika Fimbres is running to be the state’s first Black, first transgender, *and* first woman governor. In Illinois—despite Chicago being founded by Black pioneer Jean Baptiste Point du Sable, the Great Migrations that brought hundreds of thousands of Blacks from the South to Chicago, and the city’s more than 2.7M residents being 66% non-white—state leadership has been dominated by—you guessed it—white men. The state has had three female lieutenant governors, but no Black leadership to date. This year, three Black women are running to be the state governor’s second-in-command: Patricia Avery (running alongside Tio Hardiman, who’s aiming to become the first Black governor of Illinois), Juliana Stratton, and Litesa Wallace. Get excited, it’s going to be lit!

And politics isn’t the only area where we’re shining; we are also taking control of our narrative through arts and entertainment and literature.

In February, the National Portrait Gallery revealed Michelle Obama’s official portrait painted by Amy Sherald, a Baltimore painter who suffered from cardiomyopathy until she received a heart transplant at age 39 (and not only recovered but became the seminal portraitist to illustrate our favorite First Lady of all time). Mary J Blige was nominated for two Oscars, including Best Supporting Actress, for her role in “Mudbound”—a Netflix film directed by a queer Black woman (Dee Rees), and which is nominated for 4 Academy Awards total. On March 9, we get to see Oprah Winfrey star as a supernova in A Wrinkle in Time, a film adaptation of the 1960’s book and the first $100M budgeted film directed by a Black woman (Ava Duvernay). Later this year the film adaptation of Angie Thomas’ book The Hate You Give will hit the box office, the story of a 16-year-old girl who witnesses the fatal police shooting of her unarmed childhood best friend. Black Panther really took Black representation in a film to another level this year (#WakandaForever). And, February 2019 will bring Silver and Black—based on female Marvel characters Silver Sable and Black Cat—to the big screen, directed by our sister Gina Prince-Bythewood (Love & Basketball).

There’s more where that came from. Black women authors will release several new books this year. Here are just a few for your queue:

Narrative matters because it determines who has a voice, whose stories get told, and, ultimately, whose lives and needs have value.Click To Tweet Narrative influences our perceptions and can either exacerbate or dismantle stereotypes. When we use our personal, professional, and political power, we can break through white-led notions of who they think we should be or how they think we should fit within white dominant society. As the storyteller, we can expose our complex and dynamic personalities and lived experiences. We can further reclaim our narrative by opening doors of opportunity for others—for example, Oprah used her power as a producer to draw major funding and distribution for Ava Duvernay’s projects. We can leverage our positions, expertise and connections to uplift one another and speak truth to power.   Owning the narrative and our place in American society can be emotionally labor-intensive, so in this time of celebration and reverence let’s not forget to create space for self-care.Click To Tweet As Black women, we give so much of ourselves to our careers, families, and communities that our cup often remains unfilled. One thing all major airlines agree on is that in the event cabin pressure changes and oxygen masks are released, you must put your own mask on first before assisting others. The same can be said for us: we must ensure we are safe, healthy, and emotionally and financially stable before we can truly support others. So, go see Black Panther (again) and A Wrinkle in Time, try the yoga or boxing class you’ve had on your mind, make a date with your girlfriends, plan a weekend getaway, or take a relaxing bubble bath.

This is your time, and you deserve it.

Power Rising Asks Black Women to “Get 5 on It!”