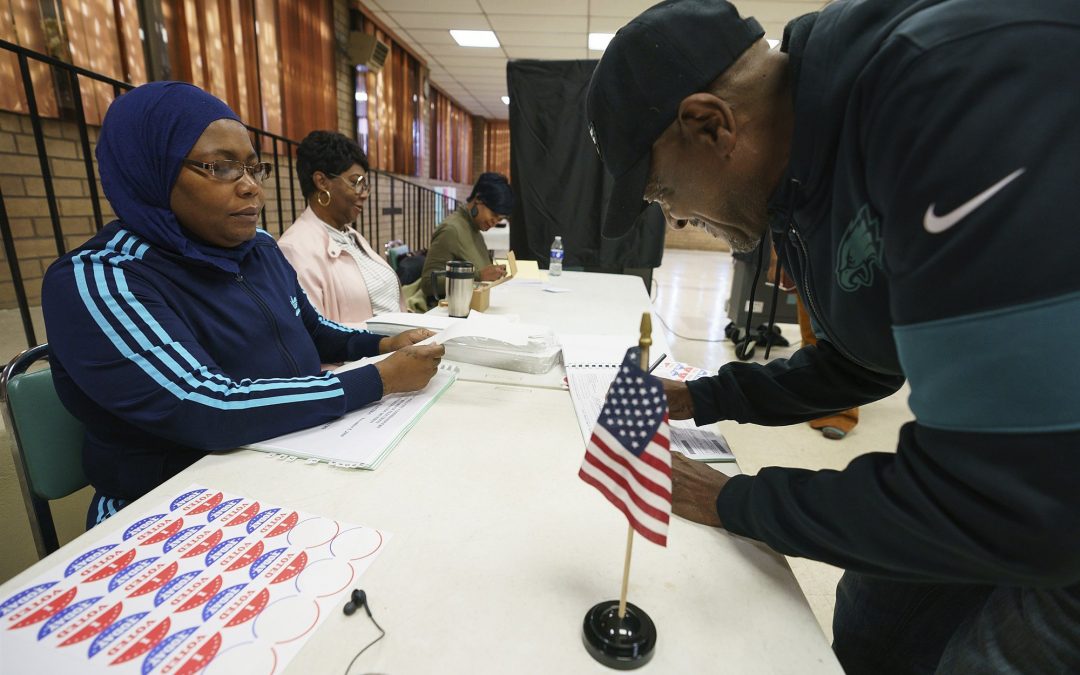 2018 was a good year for Black women and for democracy. We voted in the midterm elections in record numbers. According to the Center for American Progress, “Black women’s turnout in 2018 surged 16 percentage points from that of previous midterm elections, from 41 percent to 57 percent.” Through our collective action, we helped to turn the U.S. House of Representatives blue in November. In addition, powerful Black women ran for and won positions in local and federal government!

After the 2018 election, many of us started strategizing for the next election in 2020. But it turns out that this year, 2019, was another significant power-building moment for us, y’all. In November 2019, Democratic victories in some traditionally red states, again confirmed that when Black folks turn out, our candidates often win – even in red states!

On November 5th, 2019, the conservative state of Kentucky elected Democrat, Andy Beshear, Governor. The icing on the cake was that Trump campaigned hard in Kentucky, for the losing candidate. While the Black population in Kentucky is not as significant as it is in some other Southern states, our votes likely made a difference, since the democratic candidate for governor won by a mere 5,000 votes. Local chapters of the Kentucky NAACP drove Black voter turnout in the state. And there was a large voter turnout in Kentucky’s urban centers where we live, like Lexington and Louisville.

On November 16th, Louisiana’s (conservative) Democratic Governor John Bel Edwards won a tight race for re-election, despite the fact that Trump campaigned against him in the state. Louisiana has a substantial Black population and there was a documented surge of Black voter turnout for early voting in the November election run-off, which led to Edwards’ victory. When we vote, we win!

The November 5th election in Mississippi was a different story. While there were exceptional Black candidates on the ballot for a statewide election, like BlackHer Shero Jennifer Riley Collins, Black voter turnout was lower than expected and far less than it was in 2018. Perhaps we should not be surprised then that Black and white Democratic candidates running in Mississippi lost.  There are more Black folks in Mississippi than any other state. Thus, our actions have direct consequences on elections.  Again, when we vote, we win. When we don’t we won’t.

The 2020 election is a year away, which gives us time to plan for and reiterate this lesson: If we want to win in 2020, Black folks must vote en masse, for a common candidate. When we do this, we have the power to propel our candidate to success. More broadly, as emphasized by NBC News, “driving up African American voting enthusiasm in the post-Obama era is central to Democrats’ chances of defeating Trump in 2020.” After all, in states set to decide the 2020 election — …Florida, Michigan, North Carolina, Pennsylvania, and Wisconsin — Black voters are a robust share of the electorate… [emphasis mine.] Our engagement is critical to any Democratic path to victory in the Electoral College.

Neither we nor the Democratic Party should ever forget that Black folks play a critical role for Democrats every election day. Our performances in the 2018 and 2019 elections were dress rehearsals for the big fight. Let’s get out the vote in 2020!