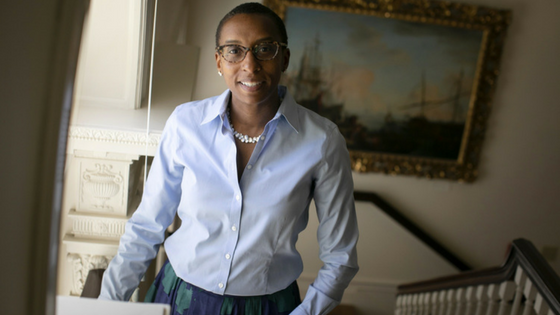 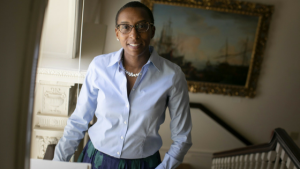 Claudine Gay, Dean of the Faculty of Arts and Sciences, Harvard

Learning From the Best and the Brightest

I’m a Harvard graduate. I spent four great years walking through Harvard Yard, and through the University’s hallowed halls. Almost every moment of my college experience was fabulous.

I had my first Black teachers in life at Harvard; before that, I was only taught by white women and the occasional white man.

The Black professors who taught me all had spectacular minds.  I loved hashing out issues and disagreeing with the brilliant, conservative Black economist Glenn Loury.  I also took a course with the amazing Eileen Southern, who was a gifted historian and musicologist.  Professor Southern was the first Black woman to receive tenure from Harvard.  She complimented me by saying that I should consider an academic career and that I had unique insights into American History.

I encountered other African American professors in the classroom and still others who were university officials. Each of these people, along with my white professors, significantly enhanced my college experience and made me love Harvard College.

In fact, for a hot minute, I considered pursuing a career in academia, but I opted to attend Harvard Law School (“HLS”) instead.

All the Blacks Are Men, All the Women Are White

While Harvard College had been uplifting, intellectually stimulating, and fun, HLS was a total drag.

There were lots of fights on campus between “liberal” and “conservative” students and “liberal” and “conservative” faculty.  One of the biggest fights concerned the law school administration’s inability – despite “looking really, really hard” – to find a single Black woman on the face of the earth that was worthy of receiving tenure at HLS.  Five Black men had tenure, and so did a bunch of white women, but no Black ladies had it.  Apparently, we didn’t have the chops!

I took HLS’ failure to offer tenure to any Black woman as a rejection of me and people who looked like me. This rebuff was soul crushing.  I determined I had to act!

I, along with future notables like Our Forever First Lady, Michelle Robinson, DC Circuit Judge, Robert Wilkins, President Barack Obama, and many others protested this discrimination.  We held sit-ins and wrote speeches and letters to the Harvard community.  We rallied and marched. Harvard Law Professor Derrick Bell even left his tenured position to protest what he also viewed as the administration’s blatant discrimination.

But for me, the damage was done.  Harvard Law School’s ill-treatment of Black women before 1998 forever colored my views of the institution.  I doubted that I could ever belong there.

Today, things are very different in Harvard Yard!  Many are celebrating the fact that the University has elevated four Black women into positions of leadership at the University.  These appointments were effectuated by both Harvard University’s recent past President, Drew Faust, and by its new President, Lawrence S. Bacow.

These new leaders are:

It’s terrific that Harvard has tapped these four amazing ladies for leadership.

As John Wilson, a principal advocate for the University’s inclusion initiatives, said, Harvard “is getting ready for a new future for itself and for the country and for the world.”  Grandiose language? Yes, but this is Harvard that we’re talking about!

As BlackHer figured out a bit before Harvard, Black women and other non-traditional folk are essential to the nation’s future.  Together, we make the U.S. an even stronger and greater country!

In addition to helping the country prepare for the future, Black women’s leadership in educational institutions helps Black women and others re-imagine their futures.  As stated by Dean Gay in an interview with The Harvard Crimson:

“If my presence in this role affirms someone’s sense of belonging and ownership, the same way Drew’s appointment [as Harvard’s first female President] affirmed my own sense of belonging, then I think that’s great….And for people who are sort of beyond our gates, if this prompts them to look again and look anew at Harvard and imagine new possibilities for themselves, I think that’s great as well.”

Seeing someone who looks like you in a position of authority absolutely affirms your sense of belonging, just as not seeing such folk makes you feel unwelcome.

I am looking at you again. And, as Dean Gay suggests, you look good!

P.S. Check your mailbox. I just might make a donation.