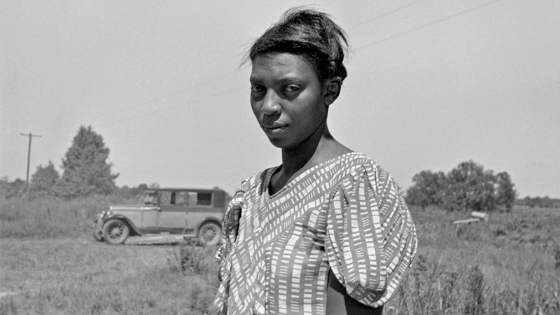 On this Juneteenth, an annual commemoration of emancipation from slavery, we have something extra to celebrate. For the first time in more than a decade, House Resolution 40 “The Commission to Study and Develop Reparation Proposals for African-Americans Act” will be heard on the floor of the US House of Representatives, and who better to provide testimony than writer Ta-Nehisi Coates who stimulated a national dialogue on the issue with his renowned essay, “The Case for Reparations?” In his seminal article, Coates calls for the US to address the torment and plunder caused by the Trans-Atlantic slave trade and its subsequent assaults, including almost a century of illegal and legal discrimination that have thwarted the economic, political, and social advancement of Black people.

House Resolution 40 was introduced to the 116th Congress by Rep. Sheila Jackson Lee (D-TX), but H.R. 40 was first proposed in 1989 by Rep. John Conyers, Jr. (D-MI) who reintroduced it each year for almost two decades until his resignation. The purpose of H.R. 40 is to study and propose recommendations to remedy the brutality and inhumanity of slavery, including what compensation should be provided, to whom, and how it should be calculated. To be clear, H.R. 40 will not actually provide reparations for African Americans, but it will be a meaningful step toward prioritizing the issue.

Black women led the fight for and have plenty of reasons to continue rallying for reparations.  Following emancipation, freedwomen and activists Sojourner Truth and Callie House fought for reparations in the form of pensions and land (remember forty acres and a mule?), and during the civil rights movement, reparations activist Audley Eloise Moore created the Reparations Committee for the Descendants of American Slaves (RCDAS) that filed a lawsuit for financial restitution (unsuccessfully).

Reparations could come in the form of land and cash payouts or investments in economic security like education and homeownership for Black people.  And not a moment too soon.  Our unpaid labor created enormous wealth for white Americans and even as Black women continue to make significant contributions to the economic, social, and political health of the nation, our needs are often minimized and overlooked. The Status of Black Women in the United States, a report by the Institute for Women’s Policy Research outlines several significant issues currently facing Black women, including higher rates of poverty and a huge income and wealth gap. Reparations could be a critical tool for mitigating the effects of systematic social and economic exclusion that have disenfranchised us.

In more good news, some of the presidential candidates have expressed support of H.R. 40 including Sens. Cory Booker (D-NJ),  Kamala Harris (D-CA), and Elizabeth Warren (D-MA). Former Housing and Urban Development Secretary Julián Castro has also indicated some level of support for reparations.  Finally, Marianne Williamson, best-selling author and presidential hopeful, has put a stake in the ground regarding reparations.  She wants to set aside $100B for slavery reparations. It’s great to see so many candidates get on board.

We’ve all heard sayings like “slavery was hundreds of years ago” or “there’s no such thing as privilege, my family worked hard to get everything we have.”  Some people assert that the effects of torture and theft of labor, land, and life are over now. But the fact is that slavery has long-lasting effects that can be quantified.

Reparations for Black Americans, may not provide complete solace for 250 years of bondage and dehumanization—and 150 years of the ensuing evils of segregation, housing discrimination, voter suppression, and mass incarceration. But they are a step in the right direction toward protecting future generations from experiencing the same traumas that we continue to suffer.  As we celebrate our freedom this Juneteenth, let’s celebrate the fact that our representatives are discussing the study of reparations; and let’s urge our presidential hopefuls to create concrete strategies to make reparations a reality.

Watch Dr. Julianne Malveaux Testify Before Congress on the Need to Investigate Reparations for Slavery