Black Women and the Blue Wave: Getting Ready for a Tough Fight in November 2018 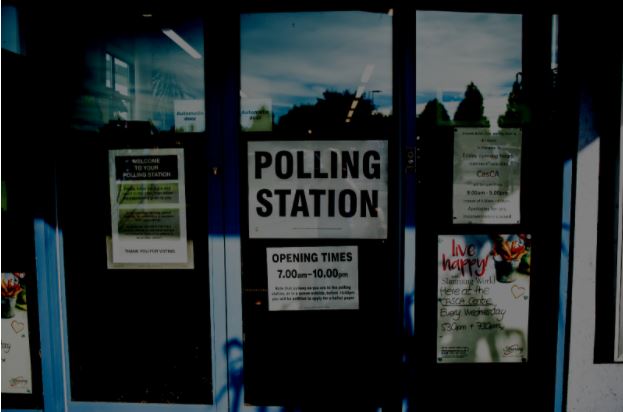 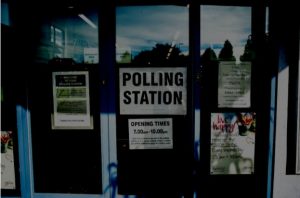 For months now there has been a crazy amount of breathless election coverage on the nightly news. The very close Democrat win in the Alabama senate race between the moderate Democrat Doug Jones and the very right-wing Republican Roy Moore was a “nail-biter.”  More recently, moderate Democrat Conor Lamb defeated Rick Saccone for a congressional seat in Pennsylvania in another close race which made national headlines. Whether excited or anxious at the idea, many people are predicting a “blue wave” in November when voters who are disturbed by the Trump administration will fight back by electing a spate of Democrats.

At BlackHer, we’re not convinced that a blue wave in the November midterms is imminent.  Close races remind us that in many elections every vote counts and that is good. But close races also show that our country is deeply agitated and divided.  We anticipate more nail-biters with wins and losses on both sides.  We’re also worried that a blue wave may not materialize in November because the political system is designed to maintain the status quo which now significantly favors keeping the GOP in power. Blue candidates may not win in November 2018 unless black women and others who share our interests vote en masse.

Trump told the truth when he said that the political system is rigged.

We know it’s a surprise, but Donald Trump didn’t lie when he said that the political system is rigged. What he didn’t mention is that it is currently rigged in favor of his party.

In 2010, the conservative arm of the Republican Party unleashed a brilliant plan to build and maintain Republican power at the federal, state and local level through gerrymandering. Gerrymandering is “manipulating the boundaries of (an electoral constituency) to favor one party or class.”

Backed by dark money and money from big corporations and wealthy individuals, the far right’s plan was strategic and smart. They studied paths for GOP victory in states throughout the U.S., organized to elect Republicans at the state level, and worked with the folks they got elected to redraw congressional districts in a way that maximized outcomes for the GOP. Republican Governors in turn certified these maps.  Democrats, on the other hand, still starry-eyed from Obama’s victory, had no plans and showed no ability to outmaneuver the well-funded and more strategic Republican Party to protect their constituents’ interests.

The Republican maps worked like a charm.  As we all know during the Obama years, Democrats lost control of U.S. Congress.   They also lost as many as 1,000 seats at the state and local level, mainly as a result of gerrymandering. Sometimes, due to the skill with which the congressional districts were re-drawn, Democrats lost elections where they technically had more votes (sound familiar?). In other races, Democrats would have won elections if they had secured more votes.  What’s worse, since congressional maps are tied to the decennial census, once drawn and enacted, they are in place for ten years! (News flash: The congressional maps that the Republicans drew will be in effect when we all go to the polls in November!)

Gerrymandering has created a situation where Democrats running for office in November 2018 may need to over-perform to get elected. In fact, according to a new report from the Brennan Center for Justice,

“Democrats are going to have to win the popular vote by a historically large margin — an estimated 11 percent —  to overcome Republican-drawn districts that were designed to keep them out. Winning by such a large margin is something no party has done in decades.”

Voting in every election matters now more than ever

I’m sure you get where we’re going here but to state the obvious, this 2018, YOUR VOTE TRULY COUNTS.  Races all across the country – in primaries and elections – up and down the ballot, i.e., at the federal, state and local level, will come down to turnout.  In short, the candidate/party that turns out the most voters will win.

The good news is Black women vote!  WE were the decisive factor in the Alabama Senate race with 98% of Black women voting for Doug Jones and actually over-indexing on voter turnout.  See here and below. (BTW, sixty-three percent of White women voted for Roy Moore but that’s a topic for another day).

Black women voters for the win in local and state elections!

Black women have the power to decide elections at the state and local level too. Many credit “black girl voting magic” with clinching Atlanta’s extremely close mayoral race for Keisha Lance Bottoms, and electing her the second Black Woman Mayor of Atlanta. Bottoms’ election was a great power move. Thanks to our voting power, a black woman will manage a leading U.S city and help to determine who gets hired and who gets city contract and other resources.

We can also turn critical state elections in our favor through our collective power.  We’ve talked about how state GOP politicians influenced our elections for ten years through gerrymandering.  If we want electoral maps that will support our candidates and values in 2020, we have to elect progressive state senators, representatives, and governors to draw and protect our maps.

Want to learn more?  Here are some great resources to get you ready for and be part of the blue wave in November: Black Women in Politics, Collective PAC, and Swing Left, Also, be sure to check back with BlackHer soon.  We are building a guide to the 2018 mid-terms just for you!

7 Resources to Help You Own Your Political Power!