Black Women and the South Carolina Primary: What’s at Stake? 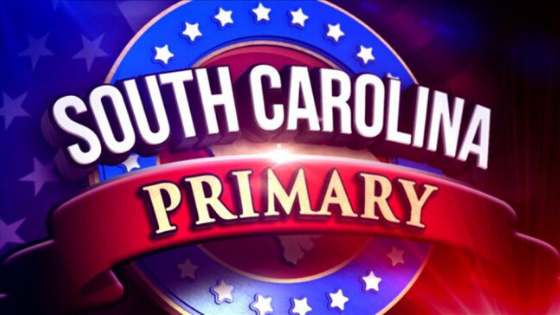 On Saturday, February 29th, voters in South Carolina go to the polls for the Democratic primary election. It is the fourth contest in the 2020 election cycle, and while we all have serious burnout because it feels like we’ve been at this for years, now is actually the time for us to get energized! Democracy is not a spectator sport—it requires all of us to be actively involved. Now that voters in the majority-white states of Iowa, New Hampshire, and Nevada have had a chance to cast their votes, it’s finally time for Black women to make our voices heard.

27% of South Carolina’s population is Black and, in 2016, Black voters made up more than 60% of the primary electorate. Black women are behind this massive turnout. In the last two presidential elections, our votes in South Carolina set the stage for how Black people across the country voted and helped choose the Democratic nominee. The road to the White House is powered by us and how we vote in South Carolina matters greatly for 2020.

Of course, we know that the presidency is at stake. But there’s more to it than that. Here’s why the South Carolina primary is important for Black women across the country:

South Carolina Senator Lindsey Graham, a Republican, has held his seat since 2003. This year, he’s up for re-election and we have a chance to get rid of him for good. During the Obama years, Graham was known for working with Democrats when other members of the GOP refused to do so. But for the last three years, Graham has been Donald Trump’s puppet and has refused to show any moral courage, instead choosing to consistently stand up for the Racist/Liar-in-Chief. You may remember his meltdown in 2018, during the hearings to confirm Brett Kavanaugh to the Supreme Court, where he fully defended Kavanaugh against sexual assault allegations. He became hysterical, red-faced, and yelled while calling the process “the most unethical sham” he’s ever experienced in politics. When the hearings to impeach Trump reached the Senate this year, Graham flat out said he had no intention of being impartial while considering the evidence. “I will not pretend to be a fair juror here,” he said.

Remember, the Senate (together with the House of Representatives) is supposed to be an independent branch of government that makes laws and limits the powers of the president, especially when it’s clear he isn’t fit to hold office. Black women deserve better than a Senator like Graham who will blindly do Trump’s bidding.

South Carolina has 7 seats in the US House of Representatives and all seven seats are up for re-election in 2020. Two of those seats are held by Democrats and we need them to be re-elected in order to keep a Democratic majority in the House. Right now, the House is the only branch of government that is willing to do the right thing. Trump has turned the presidency into a cruel joke: using it to get rich, pardon his criminal friends, create oppressive policies that harm vulnerable people, and appoint conservative judges who are now in positions to undo freedoms and protections guaranteed to us under the law. And the Senate is unwilling to stop him. Until we flip the Senate blue, the House is the only safeguard Black women have against a dangerous president and his enablers. This is why it’s of the utmost importance that we get out and vote and help South Carolina’s House Democrats keep their seats in 2020.

Gun violence is an epidemic in America, and no one knows this better than Black women. Our communities are disproportionately impacted by gun homicide and we are twice as likely than white women to be fatally shot by an intimate partner. This is only exacerbated in South Carolina, which has some of the weakest gun laws in the country.

Did you know that minors in the state can legally buy assault weapons from private sellers without background checks or their parent’s permission? It sounds hard to believe, but it’s true. The state also has the 12th highest gun death rate in the country. Charleston, South Carolina was the site of a mass shooting in 2015, when 9 Black churchgoers were killed by a 21-year-old white supremacist whom they’d welcomed into their Bible study. Safety and addressing gun violence are vital issues for Black women, and ones that we’ll be thinking about when we cast our votes in South Carolina and around the country. These may not be issues specifically addressed on the ballot, but we need candidates who have bold plans to take them on and create policies that help us lead healthy lives, nurture safe families and support thriving communities.

Elections are about so much more than any candidate. They are about our future, our chance at progress, and making what we want and need heard loud and clear. Black women play an integral part in our democracy and we have the vision and wisdom to make it function better for everyone. The path to a better, stronger and more inclusive country starts with how we vote in South Carolina.

On Fighting With the People: An Interview With Mckayla Wilkes