Black Women Are Complete: An Interview with Tishaura Jones, Treasurer of St. Louis 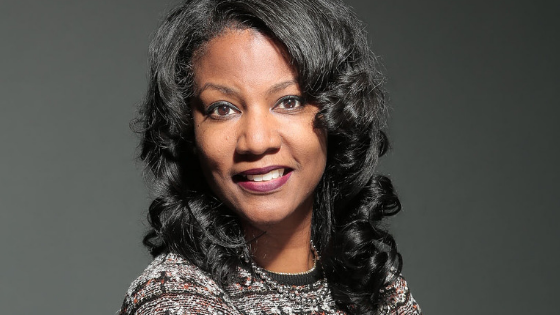 Our BlackHer Shero of the Week is Tishaura Jones, Treasurer of St. Louis. Her political career began in 2002 when she was appointed Democratic Committeewoman of the 8th Ward in the City of St. Louis, and she recently served two terms in the Missouri House of Representatives. As Treasurer of St. Louis, Jones has pioneered financial empowerment initiatives including establishing an Office of Financial Empowerment and a College Kids savings program.

Dominique: It’s so good to be with you today. Thank you for agreeing to share your story with BlackHer. Tell us about your career path and how you became Treasurer of St. Louis.

Tishaura: So, I never wanted to be a politician. My dad was a politician and I kind of shied away from this as a career for most of my adult life.  But when I was in my late twenties, I was asked to become Democratic Committeewoman in my ward, and just kind of got bit by the bug. There are some things that are inherent within your genetic makeup and your DNA that you can’t deny, and once I got into local electoral politics on our democratic central committee, I got inspired to run for higher offices.

In 2008, my then state representative asked me to run to succeed as State Representative. In 2012, I came home and ran for Treasurer and here I am.

Dominique: Wow. What have been some of your proudest accomplishments in this role?

Tishaura: In the House, I was able to become the first African-American and first female Assistant Minority Floor Leader in Missouri history. I’m also the first Black female Treasurer in St. Louis’ history.

Since becoming Treasurer, because the Treasurer is also the parking supervisor in St. Louis, I’ve been able to overhaul the entire office – all our parking meters and parking infrastructure are updated so we can accept payments via credit and debit cards and smartphone apps. I like to tell people that we went from the 19th century to the 21st century. We now use data from those meters, and data from our operations, to guide our decision-making. And of course, we have over ten thousand children in public schools saving for college in the City of St. Louis.  We’re also reaching families through our financial literacy initiatives. And if that’s not enough – it’s been quite the ride.  I would say that being able to reach people is my biggest and proudest accomplishment.

Dominique: That’s great! Would you mind telling us more about the College Kids program and why financial empowerment initiatives have been so important to you?

Tishaura: Yes, absolutely. So, the College Kids children’s savings account program is a post-secondary savings account program. We give a children’s savings account to every kindergartener entering a public school in the city of St. Louis – and we’ve been doing this since 2015. It’s patterned after the Kindergarten to College program in San Francisco started by Treasurer Jose Cisneros. In our program, we provide the first $50 as a seed deposit, which comes from residual parking revenue.  We also raise money privately for our incentives for parent’s participation in financial education and kids perfect or near perfect attendance to encourage kids and parents to save.

Dominique: Are there any suggestions that you have for other city leaders around what they might do to bolster these types of efforts in their cities?

Tishaura: My Masters is in Health Administration, and I truly believe that financial and physical health go hand in hand. Also, I believe that poverty is the root cause of crime. So, if you want better health outcomes or better outcomes in general from some of the things that all cities deal with—like increased crime and increased poverty—you must provide opportunities for people to have money and to live their best lives.

Dominique: That’s interesting. In 2017, you ran for Mayor of St. Louis (and if you won, you would have been the first Black woman Mayor of St. Louis). You lost the primary by so few votes.  What do you think impacted the outcome in this election?

Tishaura: I lost the primary by 888 votes, and that number is going to haunt me for the rest of my life. There were too many Black candidates in the race and no one was willing to put our city in front of their ego. As Quentin James from the Collective PAC said right after the election – the best way to stop Black girl magic is to use Black men. Unfortunately, St. Louis became the laughing stock of the country and a case study in Black electoral politics and what not to do. Atlanta was one of the first tests after this.  We had several Black candidates in the Atlanta race and fortunately, Mayor [Kiesha Lance] Bottoms won, but people were looking at us and saying, “Hey, we need to come together if we are serious about building Black electoral power.”

Dominique: What advice would you give to other Black women who are interested in running for public office?

Tishaura: For any Black woman who is considering running for office, I would first say to her that you are complete. You don’t need any additional education or degrees. You already have what you need because you care enough to even think about running for public office. Women typically feel like we need something else, we need to do something else or achieve something else before we run. Men don’t ask themselves that question, so why should we?

And then, I would advise her to take advantage of all these free and low-cost training programs that are out there – including VoteRunLead and Emerge. There is the Collective PAC, which runs The Black Campaign School every year.  There are also trainings at your local university. Take advantage of them and get as many perspectives as you can. Build your plan, plan your work, and work your plan.

Dominique: That’s great advice. What’s next for you?

Tishaura: First and foremost, another run for Treasurer to ensure that my programs continue. And, I would be foolish to not seriously consider another run for Mayor.  Those are the things that I’m looking at right now.

Dominique: That’s great! So, what keeps you up at night?

Tishaura: What keeps me up at night is this question.  How can I use my position to help people who are marginalized, whom government usually doesn’t listen to? What can I do through my position, my networks, and my connections, to bring programs here to help people increase their property values which have been redlined and ignored?  How can I help them get access to credit so they can fix up their homes or buy new homes? And, how can I help them get better employment opportunities?

We are considering a minimum wage increase to $12, but what can I do in my position to help increase the sustainability of our neighborhoods that have been neglected for far too long?

Tishaura: Yes, it is, and it’s a huge undertaking, but I just think that if you’re serious and sincere about it then it can be done.

Dominique: Yes, absolutely. BlackHer is all about celebrating and uplifting Black women. Who are some of your BlackHer Sheroes?

Tishaura: First and foremost, my mother and my grandmother, who are no longer with me. They were both short in stature, but mighty in everything else and they were everything to me.  Shirley Chisholm because she was “unbought and unbossed.” Barbara Jordan, who didn’t let her lack of ability stop her. Locally, Sharon Tyus, who’s on our Board of Alderman, is somebody that I trust and can confide in. Sometimes in electoral politics, especially for Black women, we don’t have someone we can go to with stupid questions.  We need to have someone we trust who will not judge us for asking about and not knowing the reason behind a certain policy or procedure. Sharon will let me ask her those questions and will always give me an honest answer, so she is a local shero to me.

Dominique: Let me ask you the Miracle Question. You go to sleep tonight and wake up in the morning and it’s October 2019. The miracle has occurred for Black women. What happened?

Tishaura: And then also, Andrew Gillum and Ben Jealous are governors of Florida and Maryland, respectively. Trump and Pence have been impeached and are in jail. Democrats have retaken control of the House and Senate.  As a result, we have a Democrat in the White House. Also, we’re getting into the 2020 election cycle for President, so we have a Democratic candidate for president that everybody is excited about, and there is hope for a better future for our country.

On Creating a Culture of Civic Engagement that is Grounded in Love: An Interview With Nse Ufot

Vote! Our Lives Depend On It.