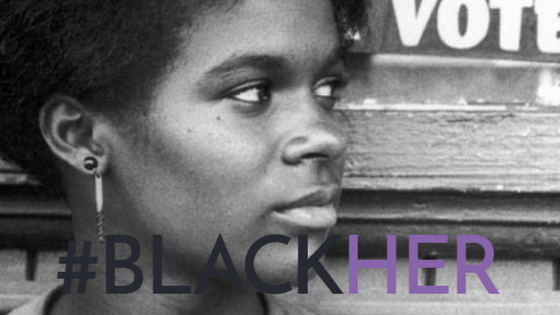 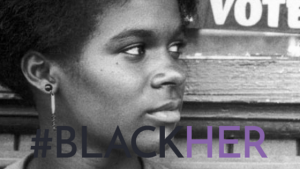 As we hope you can tell, Angela and I built BlackHer because we are REALLY committed to setting the record straight about Black women in the U.S.  As the late Aretha Franklin would say, “All we’re asking for is a little respect.”

We think that starts by dedicating more column inches in both newspapers and magazines to Black women who are leaders in economics, politics, and business.  Now, more than ever, we need platforms to raise our voices, shift the narrative, and exercise our power.  Our future and the future of the country cannot wait.

Unfortunately, many of the outlets dedicated to telling our stories and keeping us informed around issues that matter to us most, are on the decline. According to Hispanic and African American News Media Fact Sheet by Pew Research Center,

“The black press trade association (National Newspaper Publishers Association) currently lists around 170 members on its website, but few of these papers have regularly audited circulation figures, making it difficult to acquire audience figures for the sector as a whole. There are, however, 10 black-oriented newspapers – most of which are weekly or semiweekly – with recent audited circulation data that can serve as indicators. Among the five of these with paid circulation, circulation fell for two, remained flat for one, and rose substantially for the final two – though those increases do not make up for the loss in circulation for those outlets over the past decade.” 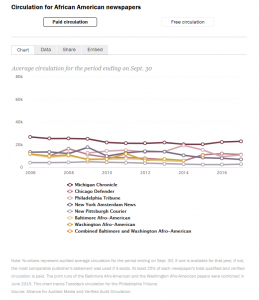 And while we’re grateful for outlets like Essence and Ebony that do put us in “the center of the miracle,” they tend to overemphasize our interest in beauty, fashion, and lifestyle. 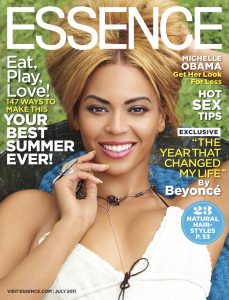 Don’t get us wrong. We love Beyonce too, but (and we know you agree!) there is MORE TO US than beauty, lifestyle, and fashion.  For example, check out the results of our recent BlackHer Survey. You let us know that good jobs and wages, affordable healthcare, wealth-building, and more are on your mind. 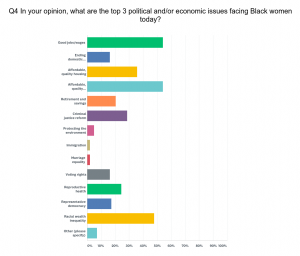 We’re here to highlight the opportunities and threats we face in these areas.  We’re also here to get clear-eyed about how far we still have to go to exercise our civil rights, actualize our power, and achieve parity with other demographics.

For example, did you know that last week, two AMAZING Black women won their primaries and moved closer to serving us in Congress? Be sure to check out Jahana Hayes, Democratic candidate for Congress (CT-5) and Ilhan Omar, Democratic candidate for Congress (MN-5). Let’s get these ladies across the finish line by #VOTING, VOLUNTEERING, and GiVVVing in the midterms on November 6, 2018!

Alas, in not so hot news, we also learned last week that election officials in Georgia are still trying to suppress our votes by closing polling sites in majority-black communities.

Hopefully, you agree that this is the type of news you can use.

Below, is an overview of how Black women are doing economically and politically.  For additional insights and data on the challenges and opportunities we are facing, check out The State of Black Women in the United States by the National Domestic Worker’s Alliance and Time For a Power Shift by the Black Women’s Roundtable.

Black Women By the Numbers

We can only change the future when we come to terms with our present and past.  And that means getting educated and informed.

Thank you for being part of the BlackHer Movement.  Together, we’re gaining the information and inspiration we need to take action for social, economic and political change!