Black Women OWN the Conversation on COVID-19 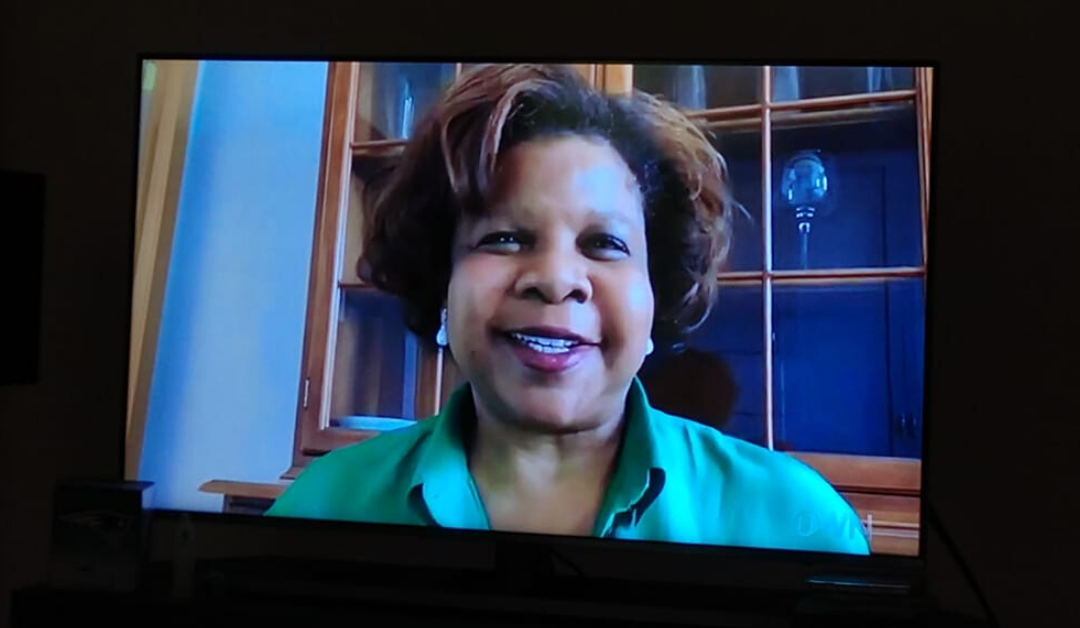 COVID-19 has hit us hard in the United States.  We are reportedly the richest and most developed country in the world, yet as of April 24th, three months into the pandemic, there are over 50,000 COVID deaths in the “greatest nation” and nearly 1,000,000 known cases.  Our numbers are far higher than any other country in the world.  COVID-19’s impact in the African American community has been particularly devastating.  Even though Black people make up only 13% of the U.S. population, in many cities, as reported by the New York Times, Black death rates from COVID proportionally outnumber those from any other group.  In Chicago, for example, Black people “account for more than half of those who have tested positive and 72 percent of virus-related fatalities in Chicago, even though [we] make up a little less than a third of the population.”

This week, I was an audience member on a special episode of the Oprah Winfrey Network’s “Black Women Own the Conversation”.  Fifteen Black women, along with special guests New Orleans mayor LaToya Cantrell, pediatric surgeon Dr. Ala Stanford, and North Carolina community activist Bree Newsome Bass, talked about COVID-19’s impact on our community and our lives.

The special guests provided context for our conversation by confirming that Black people have been hardest hit by this illness.  Mayor Cantrell said that we were put at risk by myths that Black people could not be affected by the virus.  Later, we were shocked by the devastating impact of the virus on our bodies, reportedly due to our having pre-existing conditions like high blood pressure, diabetes and obesity – even though white people also have these diseases.  Dr. Stanford noted that implicit biases that exist within the healthcare profession cause us to receive a lower quality of healthcare at all income levels. We were also reminded that Black people are exposed more to COVID-19 because so many of us cannot “shelter in place.” We have jobs in essential professions like the food industry, public transportation, and healthcare.

Fifteen Black women joined the conversation from around the country.  One member of the group, Kelly from Philadelphia, tested positive for COVID-19 in March. She lived through a nightmare. The process of being diagnosed positive took ten long days.  While Kelly self-isolated because she thought she had the flu, the doctors and labs in her community were so busy that she was not referred to a testing site for over a week. During that time, she could have infected her family members and dozens of others if she had not taken the step of self-isolating.  Could Kelly’s delays in testing have been influenced by her race?  She lived and feared that she might die, but even after her diagnosis, she could do little more than work on her slow recovery at home.

Another guest, Cheryl from New York, told the heartbreaking story of how she lost both of her parents to COVID-19 in a matter of weeks.

Ms. Robinson, one of the older women on the panel, provided perspective.  She’s seen many crises in her life and said that Black people have survived them. She asked everyone in the audience to have faith that this too will pass.

Black women have also suffered an economic toll from the crisis. Several members of the audience were entrepreneurs, salon owners, fast food franchise owners, or workers in the restaurant industry. Right now, we are all at economic risk. America is in an uncharted economic territory with an unemployment rate of over twenty percent.

I shared tips on trying to negotiate or renegotiate everything – rent, salaries, how to hold onto jobs and to make our expenses more manageable and how to ask for help on SBA loans, to get through these trying times.

Many thanks to Oprah!  Talking to a group of Black women about how COVID-19 has changed our lives,  made this situation more bearable for a lot of us.  It might help you too!  Reach out to friends and family through Zoom, FaceTime, or telephone calls and talk about your experiences amid the pandemic. Sharing our stories helps all of us to feel more connected and reminds us of our common humanity – which is a good thing in a crisis.

Check out our episode of “Black Women Own the Conversation” and stay tuned to OWN for more special episodes on the COVID-19 pandemic.

On Building Power for People Who Have Had Power Used Against Them: An Interview with Brenda Williams-Sears

On Health Disparities and COVID-19: An Interview with Sherenne Simon