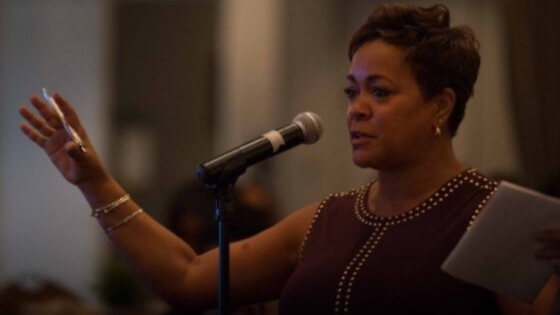 I’m wedded to the traditional definition of philanthropy – the love of mankind. I also describe it as giving from the heart and loving others. For me, love is an action word. Thus, philanthropy is love in action.  Philanthropy is also a form of activism.

Philanthropic advising is a core part of our strategy at ABFE. We’re giving philanthropists, grantmakers and donors the information, tools, and resources they need to be effective relative to Black communities. We engage in high-touch advising with foundation staff, board members, and individuals.  Much of what we do I described as “grantmaker education.”

Next, we believe that networking and peer exchange are critically important to improving your philanthropy. A lot of people do philanthropy in isolation. We think philanthropists have more impact when we learn from each other and leverage and align our resources.

Finally, we help donors and institutions approach giving more strategically. I love Liberty Hill Foundation’s tagline – “Change. Not Charity”. To create change we must be as strategic as possible with our investments. We have a framework, entitled Responsive Philanthropy in Black Communities, and at its core is strategic grantmaking for our people.

I love that you talk about the power of leveraging and aligning giving for greater impact. How can Black women do that?

Black women have a strong history of organizing our resources for impact. More recently, Giving circles are a great way to multiply investments and we have seen an explosion of Black women’s giving circles across the country. There are also women-led funder collaboratives, where private foundations organize their resources for greater impact.

The Gill Foundation helped align the giving of gay men to advance marriage equality. What could Black women do if we aligned our giving?

We could invest in organizations that are advancing the well-being of Black women to make them strong and sustainable. Unfortunately, a lot of the power-building organizations in our communities have gone by the wayside.

That said, we have good examples of aligned giving in many of our anchor organizations, including The Links and the sororities. I’d like to see them take their giving to the next level and direct it toward the freedom and liberation of Black folks.

Amen! What are you hopeful about?  What are some of the bright spots you see in philanthropy?

I am hopeful about the growth of Black philanthropy. Giving circles are growing. These formations are illustrative of the definition of power — organized money and organized people. I’m also excited about a new center of study and new research on Black Americans in philanthropy. The Valdry Family just launched the Valdry Center on Philanthropy at Southern University and A&M, the first center on giving to be housed at an HBCU.

That’s awesome! I think I already know your answer to this question, but do Black women do philanthropy differently?

I think so. I alluded to it earlier. Our giving is a form of social activism and has been throughout history.  We gave and organized to free slaves, educate young people, and gain the ability to vote. We often approach our giving through the lens of equity and justice.

You launched a new funder collaborative to advance Black-led social change. Tell us about it.

We define Black-led social change as change that is facilitated by organizations and leaders that are focused on the well-being of Black people.

According to “Dimensions of Racial Equity in Foundation Grantmaking,” there is evidence that grantmaking for people of color has declined as a proportion of grants awarded by the largest 1000 foundations. For Blacks, the proportional decrease has been more significant: 3.8 percent of these grants went to African Americans in 1998, but only 1.9 percent in 2005 and 1.5 percent in 2006. I call this “foundation redlining” because the significant underinvestment in Black-led social change has effects that are similar to redlining in the housing marketing.

To address this disparity, The Black Social Change Funders Network, a partnership of ABFE: A Philanthropic Partnership for Black Communities & The Hill-Snowdon Foundation established a benchmark to grow investment in Black-led social change by 25% by the top foundations in this country. This target may be too low for some private foundations and too high for others. The point is that by establishing a target, we are helping to advance this conversation.

In my personal experience as a nonprofit fundraiser, I have heard program officers say that the reason it is “hard” to invest in Black-led organizations is that they lack capacity. How do you address this concern?

I point folks to all the resources that exist to help organizations build their capacity to fundraise, build a reserve, etc. We can’t withhold funding from Black-led institutions and then blame them for lack of capacity.

Is there anything you want to tell us about your work at ABFE?

We’ve been hosting a retreat for Black women in philanthropy for the past five years. Annually, we convene 50 women working in foundations, including C-suite leaders and “rising sisters.” We talk about what it’s like to work in institutions that are predominantly white while trying to move capital to Black communities. It’s a very rich experience.

Let me ask you the miracle question. You go to sleep tonight and wake up tomorrow, a year has passed, and a miracle has occurred for Black women. What happened?

We’ve organized our resources in such a powerful way that we’re expanding Black-women owned businesses and supporting Black women in building wealth and economic power.