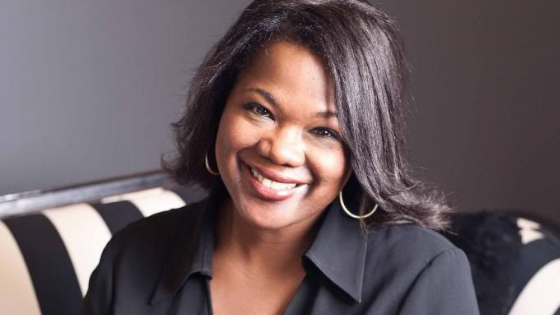 For me, philanthropy is love of what it means to be human. I start with the translation from Greek — love of humanity — and then deconstruct it further to make the definition and its possibilities as inclusive as possible. Boiled down to the core, philanthropy is about our impulse to love, support, and connect with each other.

My strategy is informed by giving circle experience with New Generation of African American Philanthropists, where I have had opportunities to gain deep knowledge about philanthropy and about myself.

I think about the importance of bringing my mind to this work to do the analysis and research.  But I also bring my heart. I can’t ignore my feelings and what excites me and moves me. Third, I don’t stop at writing a check, I’m also giving through my voice, my writing, and my volunteer work on the issues I care about. Finally, I’m bringing my soul to my giving. That’s the core of who I am and what has shaped me. It is my identity as a Black American, as a woman, as a Southerner, and more.

To sum it up, my philanthropic strategy is to bring my mind, heart, hands, and soul to change lives, to improve the world, and to leave a legacy to be proud of.

Tell me about a “bright spot.” Who is doing good work around an issue that matters to you?

They have an initiative called ASCEND which is connecting and investing in Black-led organizations. This is an interest of my giving circle, which was motivated by the case report of  ABFE (Association of Black Foundation Executives) and Hill-Snowdon Foundation.

This work is important because it is estimated that only 2% of philanthropic dollars from the nation’s largest foundations go directly to Black communities. This underinvestment, due to racial bias, is often referred to as “foundation redlining.”

Our giving circle is learning from East Bay Community Foundation and its work with ASCEND. We’re aiming to undertake comparable work around funding imbalances here in Charlotte, NC.

Do Black women do philanthropy differently?

I think so in some ways. The Black women in philanthropy whom I admire have a distinctive point of view and a way of giving that more people should take note of. Unfortunately, Black women are often rendered invisible in both institutional philanthropy and community philanthropy even though we’ve been some of the most prolific and profound givers in history.

For example, I admire Catherine Ferguson, a 19th-century philanthropist. She was born enslaved and fought for her freedom and although she was illiterate, she founded the first Sunday schools in New York where child laborers could learn to read and become educated.

Black women often give to others what we have been denied. In the best instances, once we have access to opportunities, we make a way for others. This has been my experience.

Who are your other philanthropic sheroes?

Tracey Webb is the founder of Black Benefactors, a giving circle in Washington, DC and creator of BlackGivesBack.com, a groundbreaking online platform on Black philanthropy that operated between 2007 and 2015.

Veronica Hemmingway has worked in institutional philanthropy for many years and is now a program officer at the Coastal Community Foundation in South Carolina. She is committed to racial justice and advocates for Black culture and communities.

T’Sey-Haye Preaster is a member of Black Benefactors and is pursuing a PhD in American Studies at the University of Maryland. Her doctoral research centers on Black women’s philanthropy.

My degree is in international affairs and in the first part of my career, I managed World Bank-funded projects in several countries. When an assignment based in Europe ended, I was offered new work based in the U.S. I chose to return to my home state and to settle in Charlotte.

I was hired as Program Director at the Charlotte-Mecklenburg Education Foundation, which was my introduction to the philanthropic sector. After a few years, I went out on my own as a writer-researcher and project manager with a variety of foundations and nonprofit organizations as clients.

In 2011, after becoming part of a giving circle, I wrote Giving Back: A Tribute to Generations of African American Philanthropists with photographer Charles W. Thomas Jr. Published by my giving circle, the book “gives back” because proceeds support the philanthropy and civic engagement of the circle. You can reach out to us directly to purchase a copy. The Soul of Philanthropy Reframed and Exhibited is a multimedia exhibit that is a re-imagining of my book. It’s currently touring colleges, libraries, and museums, and opens in Cleveland, OH on Sept. 6.

Let me ask you the miracle question. You go to sleep tonight and wake up tomorrow and a year has passed, and a miracle has occurred for Black women. What happened?

America has awakened to our genius, brilliance, BlackGirlMagic, intellect, and love of humanity and is openly, eagerly and respectfully taking note and following our lead. 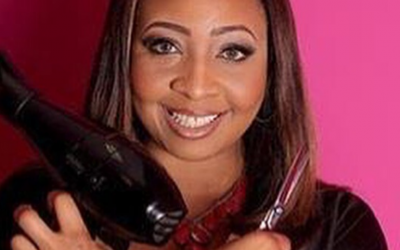 On Helping Black Women Care for Our Hair: An Interview With Ruth Brooks 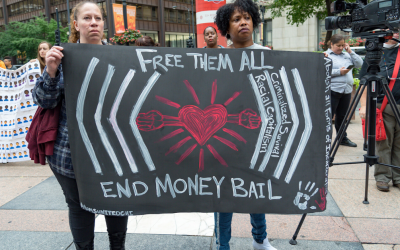