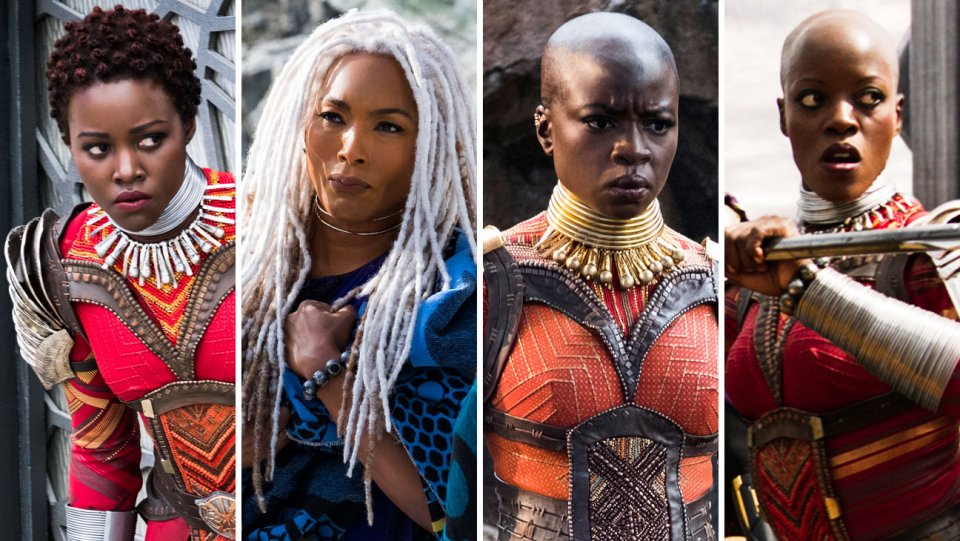 Making sure that Black women are serving up and in the center of the narrative, that’s what we’re all about here at #BlackHer. That’s why we can’t wait to see Black Panther this week, which some are calling our “ultimate rebrand.”

+2 on the power of positive representation from Carvel Wallace’s excellent piece in the NYTimes, “Why ‘Black Panther’ is a Defining Moment for Black America.”

“Black Panther,” is steeped very specifically and purposefully in its blackness. “It’s the first time in a very long time that we’re seeing a film with centered black people, where we have a lot of agency,” says Jamie Broadnax, the founder of Black Girl Nerds, a pop-culture site focused on sci-fi and comic-book fandoms. These characters, she notes, “are rulers of a kingdom, inventors, and creators of advanced technology. We’re not dealing with black pain, and black suffering, and black poverty” — the usual topics of acclaimed movies about the black experience.

In addition to its Black director and nearly all-Black cast, we’re in awe of Hannah Beachler, the “story designer” for this epic film who also did production design for Lemonade, Moonlight, and Fruitvale Station.  #TALENT

You’ve worked on a lot of projects centered on blackness, like Moonlight and Beyoncé’s Lemonade. Why is collaborating with black creatives important to you?
For me, it’s a lot about awareness. I think that’s something Black Panther brings. It brings a lot of awareness about the motherland. Seeing different stories and seeing myself in those stories — that’s important. You can relate to any story just by being a human being, but representation is important and I think that Black Panther does that times 100.  There are so many young boys and girls looking to my generation to show them they are powerful, no matter who you are. That’s something I’m really proud to be a part of. And it was great to be a part of a project with an avant garde model. Because most of the department heads were women. Ryan will be the first to say that women tell great stories. He really just wants great people — and women just happen to be those people a lot of the time! – Excerpted from “how the magical sets of black panther’s wakanda came to be” by Andre-Naquian Wheeler

Black Panther has us asking a lot of questions.  What would/could it mean for Black women and girls to grow up in a country without racism?  What happens when Black women (and men) are “in the center of the miracle?” We’re on a mission to find out!

In other news, we’re off to Atlanta to attend the Power Rising Summit next week (Feb 22 – 25) where BlackHer will officially launch. Yippee! Please send us your thoughts, prayers, and feedback and consider writing for us. Email jocelyn@blackher.us or angela@blackher.us to learn more.

Finally, if you’re looking for inspiration this week, check out The Danger of a Single Story, an oldie but goodie by the amazing by Chimamanda Adichie. Her TED talk, which has garnered over 14 million views, is a powerful reminder that all people but especially Black women are multi-dimensional. We won’t be put in a box!

The Danger of a Single Story