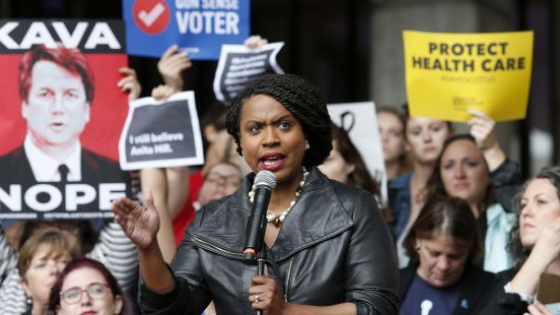 Tuning In and Turning Out

Despite concern that folks might miss the midterms, Americans tuned in to the dangerous state of our democracy and turned out to VOTE.  Early voting was off the hook, and rain or shine, polling places across the nation were crowded.   According to The New York Times,

“By percent of people eligible to vote, it was the highest turnout of any midterm election since at least 1970 and the first time midterm turnout topped 100 million,” said Tom Bonier, chief executive of TargetSmart, a data analytics firm that studies voter data. He based his analysis on the county and precinct-level data reported so far.

In some counties, something almost unheard-of happened: More people voted in the midterms than in the last presidential election. One example is fast-growing Travis County, Tex., which contains the left-leaning city of Austin. Preliminary numbers show that 775,950 people voted there on Tuesday, compared with 725,035 in 2016.”

Clearly, more people than ever are paying attention to our political life and understand that their voices are their power.  And, you will not be surprised by this, but according to The Wall Street Journal, 92% of Black women voted for Democrats.  We are still the most reliable Democratic voters. See chart below.

Black Women Get the Gold

Another AWESOME outcome from last week is that so many Black women got the gold.  At BlackHer we’ve written a lot about the dismal lack of representation of Black women at every level of government.  That’s why we were so happy to see so many Black women running for office this year and were THRILLED to see so many of our sisters get the gold.  In particular, much love and huge congratulations to these new Congresswomen elect!

Jahana Hayes (CT-05), former National Teacher of the Year, who will serve Connecticut. 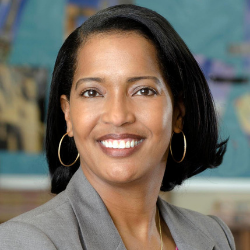 Ayanna Pressley (MA-07), the first African-American woman from Massachusetts to serve in Congress. 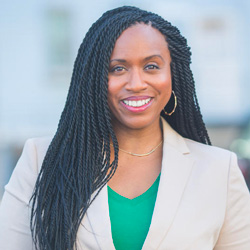 Lucy McBath (GA-6), who along with Stacey Abrams (more on her majesty below) may just be the ticket to turning Georgia blue. 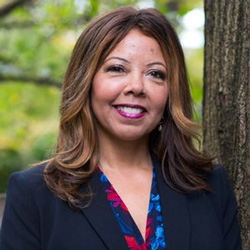 Ilhan Omar (MN-5), who will represent the great citizens of Minnesota and is one of the first Muslim-American women to serve in Congress. 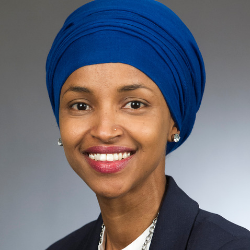 Lauren Underwood (IL-14), who is the first African-American women to represent her district in Illinois. 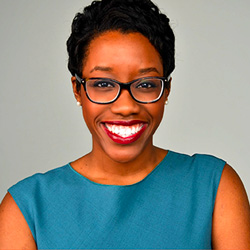 These AMAZING women join 95 others to total 100 women who were elected to Congress on Tuesday night.

Black women kicked ass in statewide races.  In particular, much love and a huge round of applause for Juliana Stratton and Letitia James.

Juliana Stratton will serve as Lieutenant Governor of Illinois. 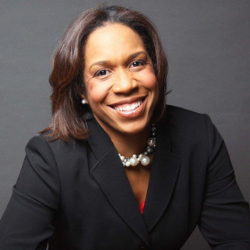 Letitia James, whom we are affectionately calling the new “guardian of the galaxy,” may continue the civil and criminal investigation into Mr. Trump’s New York business dealings and the investigation of the Trump “Foundation” as the next attorney general of New York.  A Black woman may now have the power to stop Trump in his tracks.  Fancy that! 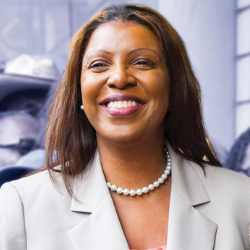 Some of our BlackHer Sheroes did not win their races but we salute them nonetheless.

Much love to the women below who took their turn at Congress and Diedre DeJear who ran for Secretary of State in Iowa.  We’re so impressed by their confidence, fortitude, and heart.

Stopping the Fast Walk to Fascism

We also learned last week that while Americans do not agree on lots of stuff, most of us don’t want to serve a dictator or king, especially if his name is #DumpTrump.  Our love for Game of Thrones aside, we don’t want to live in a country where the only way to make change is to chop off the heads of our enemies.  Most Americans are more practical.  And on Tuesday night it showed.

Democrats won the House of Representatives and now have an advantage over Republicans.  This means that after two reckless years of governing where the Republican-led House never said “NO” to the Trump Administration, things are going to change.  For the first time in a hot minute, we now have a branch of Congress that will be a check on the current administration.  Put it this way, Maxine Waters is in charge and she doesn’t play.  We all want to see those tax records that were promised to the American people if Mr. T won! Let the subpoenas begin.

Unfortunately, the midterm results in the Senate were not nearly as good. The Republicans expanded their majority because Democrats lost seats. The continuing Republican majority in that branch of Congress means that Trump will have the opportunity to continue stacking the courts in his conservative favor and to pick new extremist cabinet members.  It is likely that the U.S. judicial system will lean conservative for the next one to two generations. #VeryDiscouraging

Who knew that the Supreme Court was a Black women’s issue?  We do, now.

Perhaps the most encouraging news coming out of the election is that our beloved Stacey Abrams is saying “NO” to the egregious cheating and voter suppression coming out of Georgia.  Former Secretary of State, Brian Kemp, has engaged in the worst abuses of power and used every trick in the dirty trick book for YEARS now.  Since 2014, Kemp has removed 1.2M Georgians from the voter rolls and on election day he kept power cords away from polling stations, all to disenfranchise Stacey’s base.  Voters paid the price.  It is well-known now that voters languished in lines for up to 4 hours to exercise their right to vote. 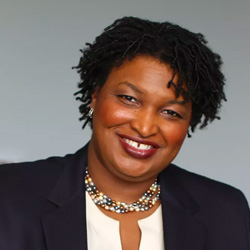 Stacey Abrams is not stupid, and neither are we!  Abrams knew exactly who and what she was up against and she (and WE!) have some of the best legal minds on our side.  The NAACP, NAACP Legal Defense Fund, Lawyer’s Committee for Civil Rights Under Law, and more are working hard to take the legal action necessary to ensure that EVERY VOTE IS COUNTED.  And, her campaign is still in getting out the vote mode.  After only one day of rest, her team went right back to work because this is a democracy and every vote counts.

Their strategy is working.  According to the Atlanta Journal-Constitution, an investigation found that even though there wasn’t enough polling equipment to go around, hundreds of voting machines were NOT deployed on election day and instead, sat in warehouses.  And, in breaking news, just yesterday (November 11), the campaign determined that there are 30,823 ballots in Democratic-leaning counties that are yet to be counted.

Here’s what you can do!

Donate to her campaign to help fight against this egregious voter suppression.  And if you had problems at the Georgia polls, call now! There is still time to register your concerns. 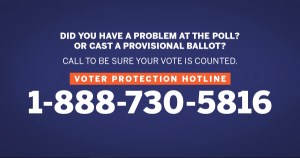 Speaking of wrenching governor’s races, neither Andrew Gillum nor Ben Jealous won their gubernatorial races on Tuesday night.  Both conceded.  Gillum’s loss was particularly painful because the pollsters had him ahead by double digits a week before the election.  Jealous’ loss to a popular Republican Governor in a blue state was expected but painful.  It’s not clear why his message of prosperity and inclusion didn’t resonate with Maryland Democrats. #Discouraged

Gillum has unconceded if that’s a word.  And, Florida Democratic Senator, Bill Nelson has too!  Why?  There are more votes to be counted!

That gives us hope. One Black woman and two Black men ran for governor in southern states.  Ben is extremely talented and will be back.  Andrew Gillum is still in the fight.  The race for Governor of Florida has officially headed for a recount.  And, well we just told you about the courage, tenacity, and talent of Stacey Abrams!

We know we’re beating a dead horse, but voter suppression is real, sisters.  That’s why we were also thrilled to learn that Floridians got it right on Tuesday night by saying “Yes” on Amendment 4. Through this special referendum, Florida voted to restore voting rights for felons. Per PushBlack, 1.4 million Floridians, including 20% of Florida’s African American population, will now be able to vote in the next elections.  This Amendment upholds our democratic principles –we want everyone to vote, and we want former prisoners to rejoin society as full citizens.  Much love to BlackHer Shero Judith Browne Dianis, executive director of the Advancement Project.  Her organization played an important part in this victory! 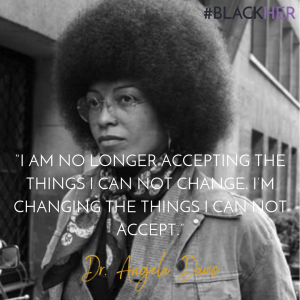 No Rest for the Weary

So, what did we learn from this WILD election?

First, we now truly understand that democracies are fragile and that retaining them is very hard work. And that is the work we must do.  We must register ourselves and others to vote, read, listen to and understand the issues and support candidates who share our values and agenda.  Then we must vote in large numbers in every election so that we make our voices heard.

Second, we learned that it’s important to have patience and hope.  Even in a country that is deeply divided, there is hope for a brighter and more unified future.  A lot of people are fighting to make our country more sane and humane.  But like upholding democracy, living in a united, free society also takes hard work.  We must be vigilant and focused and courageous to get the results that we want.

Finally, we learned that this contest is not over.  As noted above, we are still waiting on results in key races in Georgia and Florida.  In short, we are still waiting to make certain that everyone’s voice counts.  Heck, we’re waiting to finally realize our vision of a representative democracy that is governed by and for the people.  This is very much a work in progress.

So, rest up but not for long because there is so much at stake and we’ve all got lots of work to do.  We are the ones we’ve been waiting for and the fight for our future is now.

On Bringing Back Knowledge and Giving to the Community: An Interview with Ateira Griffin