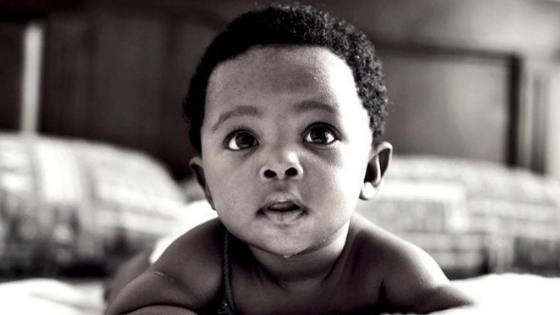 As we advance toward the 2020 presidential election, the 24 (and counting) democratic candidates are making their priorities known. But which of these priorities will most benefit Black women and our children? Baby bonds, which are federally managed trust accounts for newborns that grow from birth to age 18, are one progressive strategy for addressing economic inequality that is gaining national attention. Given that Black women only earn $0.63 on the dollar—and own pennies on the dollar—compared to white men, our road to wealth equity is a precarious ascent. BlackHer Shero Anne Price, president at the Insight Center, told us,

“I think baby bonds would have a disproportionate [positive] impact on women. Black women have the lowest wealth levels of any group in this country that we can measure. While this proposal doesn’t actually close the gap, it significantly narrows it.”

The idea of baby bonds was pioneered by Darrick Hamilton, director of Ohio State University’s Kirwan Institute for the Study of Race and Ethnicity, and William “Sandy” Darity Jr., a professor at Duke University. They propose federally managed trust accounts that are endowed by the government with seed funding based on the wealth position a child is born into—from $100 for children of the wealthiest households to $60,000 for children of the poorest households—and grow at a guaranteed annual interest rate until the child reaches age 18. During his December 2018 TED talk, Hamilton said,

He explained that our economic success has more to do with the wealth position into which we are born than our individual choices. Given that almost 30% of Black households have zero net worth, and white households have a median net worth that is 10 times higher than Black households, baby bonds help dispel the old “bootstraps” narrative that if you just work hard enough you will achieve economic success. They would also make wealth transfers possible for families who have been denied access to economic advancement for generations.

A few of the 2020 Democratic candidates are taken by the idea.

New York Senator Kirsten Gillibrand endorsed a recent report, “Ten Solutions to Bridge the Racial Wealth Divide,” published by the National Community Reinvestment Coalition, Institute for Policy Studies, and the Kirwan Institute for the Study of Race and Ethnicity, which highlights baby bonds as its first programmatic solution. While Gillibrand supports the idea, she hasn’t indicated whether it is central to her campaign nor has she provided an implementation strategy.

New Jersey Senator Cory Booker is taking a solid stance on inequality and the wealth gap by centering baby bonds in his campaign. Here’s what we know about Booker’s baby bonds proposal:

Anne Price encourages us to think critically about the design and implementation of baby bonds.

“There’s a lot hidden that we can’t see.  People’s lives are tied up together and bound with other family members. I would love to see what would happen if people combine their trusts. If siblings use their combined trusts to buy land or set up a family account, [their] innovation could build more community wealth.”

Baby bonds have the potential to spur collective investment in our communities.

Booker’s baby bonds proposal is a step in the right direction, but it could be improved to have a greater impact on the wealth gap. There’s an opportunity here for another candidate to propose a bolder, more comprehensive plan that’s closer to Hamilton and Darity’s original intent and vision. Black women have an important choice to make in the 2020 election, and we should leverage our voting power to push candidates to embrace the issues that matter most to us and to design programs and policies that brighten our futures.

Put Your Own Oxygen Mask On First: An Interview with Jan Desper Peters