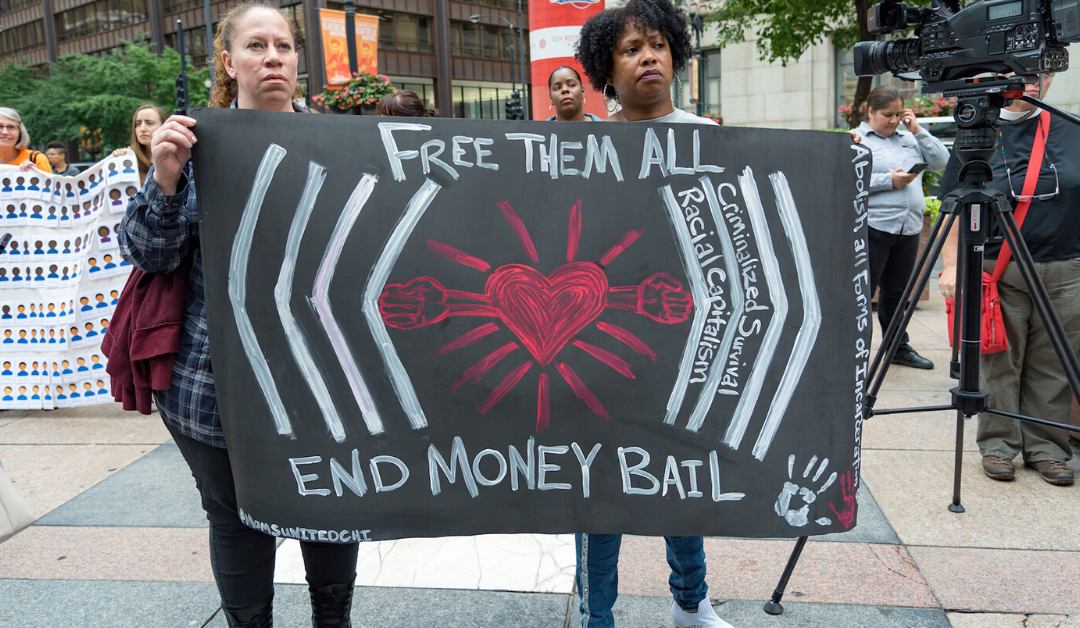 Imagine driving across the country to begin your new job at a university when you are pulled over for the most minor infraction. The next thing you know, you’re forced out of your car, injured, arrested, and detained. This is what happened to Sandra Bland, a 28-year-old Black woman from Chicago. In July of 2015, she was driving through Waller County, Texas on her way to accept a new position at her alma mater, Prairie View A&M University. She was pulled over for failing to signal a turn. The incident escalated into a confrontation with police in which Bland’s arm was injured, and she was arrested for assaulting an officer. She was found dead in her jail cell three days later. How does an apparently routine traffic stop end in death?

Part of the issue is money bail.

Almost half a million people each day, and 11 million people each year, are detained in local jails in the U.S.—mostly for low-level offenses—without being convicted of a crime simply because they aren’t able to pay money bail. A bail bond is an agreement between the court and the accused about the conditions for their release from jail, to assure that they show up for court at a later date. Money bail is not a requirement of a bail bond, but prosecutors can ask for money (cash) bail as a condition of release. Amounts can vary and may be determined using a preset bond schedule (based on the charges filed), but judges—who ultimately determine bail bonds—hardly ever consider a person’s ability to pay. While cash bail is reimbursable (minus court fees) once a defendant has attended all of their court appearances, many people cannot afford to post bail, and the burden of coming up with the cash often falls on family and friends.

Families who are unable to cover the cost of cash bail are often forced to rely on for-profit bail bond companies. Bail bondsmen secure the cost of cash bail to the court by collecting a nonrefundable portion (usually 10%) of the cash bail amount from families and requiring them to sign-over collateral to cover the remaining amount. It can take families years to pay off these debts. Meanwhile, the for-profit bail bond industry racks up $2 billion each year in profits. The U.S. and the Philippines are the only countries in the world that have bail for profit.

Money bail has resulted in a grossly unjust pre-trial system that further strips people with limited resources of their liberty. The nationwide median cash bail is $10,000, a figure that is unattainable for many families. According to the Survey of Income and Program Participation, 44% of U.S. households don’t have enough liquid savings to cover that $10,000 cost. When accounting for race, nearly 66% of Black and Latinx households fall short of that threshold, compared to 36.5% of White households. And studies have shown that most people cannot post bail quickly, even at lower amounts. This leaves people with limited resources—who have not been convicted—scrambling to buy their freedom while wealthy people post bail and sit comfortably at home awaiting trial. 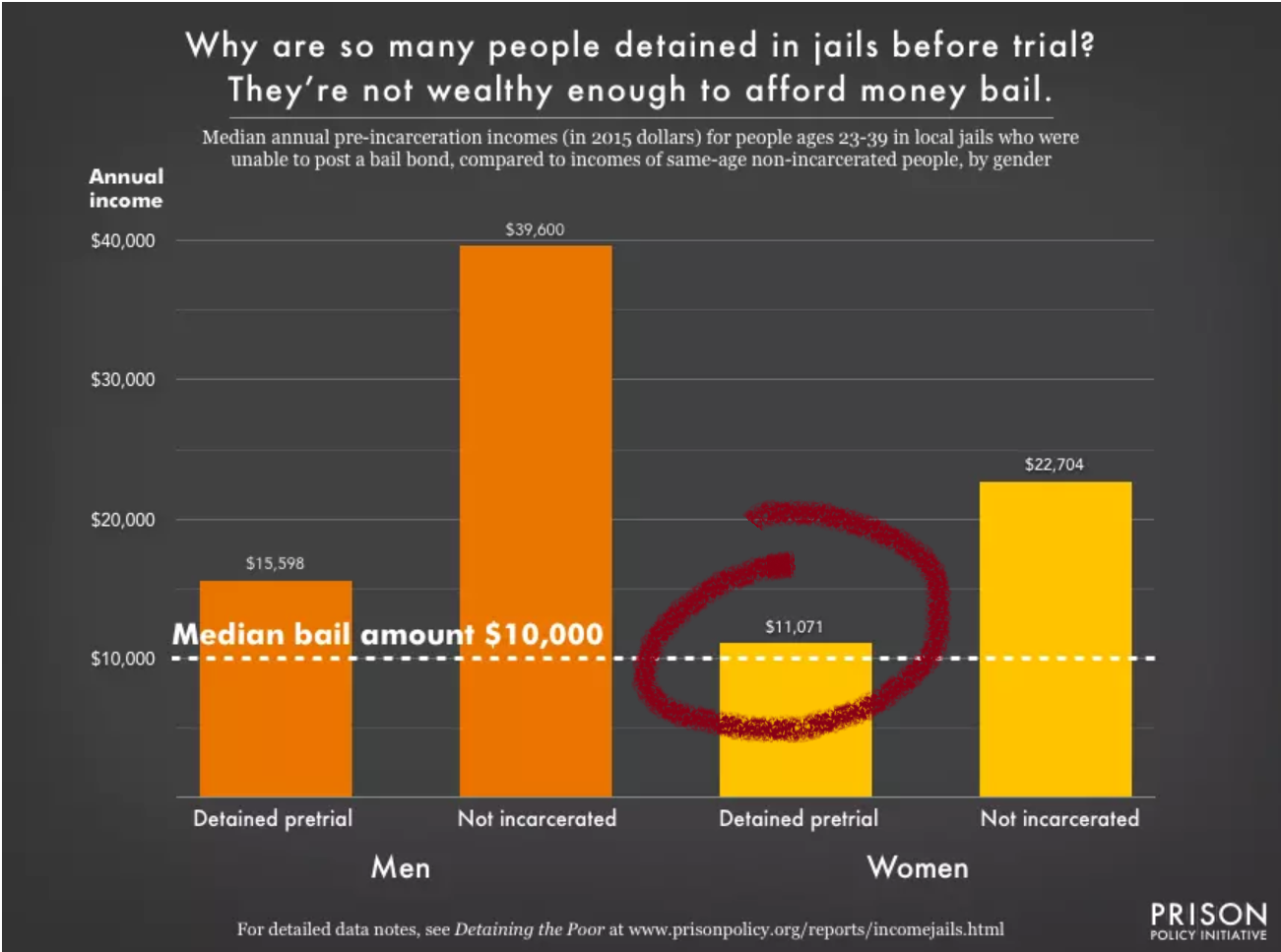 Why is money bail so harmful to Black women and families?

We all know that Black people are disproportionately targeted by U.S. policing, court, and carceral systems.  In fact, two of five Black women have a relative who is incarcerated. Black people are also more likely to be held on bail than white defendants. The impacts of money bail are multifaceted and damaging:

How can we eliminate money bail and what can the 2020 presidential candidates do about it?

Many of the democratic presidential candidates—including Elizabeth Warren, Bernie Sanders, Joe Biden, and Pete Buttigieg—support ending money bail due to its disproportionate impacts on low-income people. Sanders has an ambitious criminal justice reform plan that includes banning cash bail outright. Others, like Amy Klobuchar and Michael Bloomberg, call for reforming the practice, though their reforms still leave bail bonds as a condition of pre-trial release.

Some jurisdictions are taking matters into their own hands. San Francisco’s new district attorney, Chesa Boudin, recently ended cash bail for all criminal cases. The new bail policy forbids prosecutors from imposing a cash bail bond as a condition for pre-trial release.  And pre-trial detention can only be in extreme circumstances when a defendant is a known flight risk or a danger to public safety. Until money bail is ended at the federal level, other states and municipalities can enact their own reforms by ending money bail and using non-financial forms of pretrial release or unsecured bonds.

Money bail is caused by a racist capitalist system that relies on extremes of wealth and poverty to function. Ending money bail will not fix our grossly unjust carceral system, but it’s an important start. Along with bail reform, we must also eliminate court-related fines and fees, end unnecessary pre-trial detention, support sentencing reform, and stop excessive policing of Black and brown people.