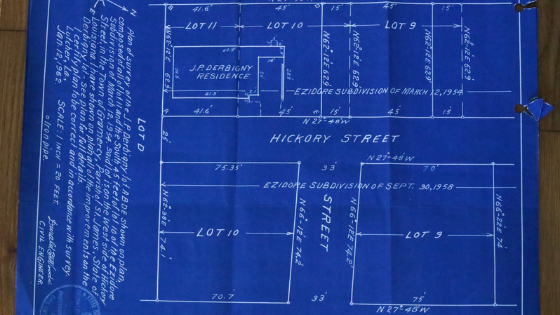 This is the third article in our series on affordable housing and its impacts on Black women and communities.  To learn more, read the first and second articles.

In 1960, my grandfather Julius Derbigny purchased land to build his first home in St. James Parish, Louisiana. A rural Black doctor, Ernest Nester Ezidore, owned the land—that was previously a perique tobacco plantation—and made it available to Black buyers. My grandfather was able to secure a Veteran’s Administration mortgage loan for his service in the Korean War. After his service, he attended college at an HBCU, Xavier University, and became a teacher. With the support of Black builders, he purchased and constructed his first and only home, a modest 3-bedroom 1.5 bath ranch for his family of six. My grandfather succeeded due to a flawless trifecta—access to Black-owned land, access to a Black-provided education, and access to benefits for his service that many Black veterans did not receive. If any of these systems had faltered, so too would my grandfather’s dream. The same precariousness of homeownership persists for Black families in the U.S. today.

For hundreds of years, people of African descent were prohibited from owning land or property in the U.S. After emancipation, freed Black people envisioned the acquisition of land and property not only as a source of stability but as a pathway to prosperity. Over the subsequent years, however, Black families were continually precluded from homeownership.

So what and who cares?

Homeownership is one of the primary means for building wealth, particularly for households of color. When Black homeownership plummeted following the 2008 Recession, Black families suffered sizeable losses of homes and wealth and have yet to recover. Today, more than 70% of white families own their homes compared to only 41% of Black families—the lowest homeownership rate of all groups. And Black families who are able to purchase a piece of the American Dream are more likely to be housing cost-burdened—meaning they spend more than 30% of their income on homeownership costs.

Limited wealth, due to racist policies and practices, and high housing costs make it harder for Black families to save, leading to additional problems on the road to homeownership. BlackHer Shero Nikitra Bailey, executive vice president at the Center for Responsible Lending, explained to us that Black Americans have more negative incidences on their credit profiles because:

As Bailey framed it:

“Black families were denied access to federally insured mortgage loans due to race and were unable to build equitable levels of wealth with whites who had access to those mortgages.  This inability to build wealth greatly affects credit scoring resulting in African Americans typically having lower credit profiles.  We need alternatives to current scoring and we need to address the racial wealth gap that credit scoring continues to manifest.”

There are already regulations in place designed to combat discriminatory lending practices in housing. The Fair Housing Act (FHA) was established in 1968 and prohibits discrimination in the sale, rental, and financing of housing based on race, religion, nationality, sex, ability, and family status. However, Fair Housing advocates argue that the FHA has not been properly enforced. Under the current administration, HUD has actually backed away from enforcing Fair Housing Laws and the Department of Justice is not actively prosecuting fair housing violations.

And when it comes to financing our homes, Bailey says,

“Our nation’s fair lending laws were enacted to protect against discrimination and have yet to be fully enforced.  The Trump administration is attempting to gut these protections, including the use of disparate impact which is designed to stop covert discrimination by lenders, insurance companies, and other housing providers. HUD’s rule is a vital tool that has advanced fairness in housing.  We must prevent the administration’s attempt to weaken the rule that many rely on to fight modern forms of discrimination.”

Several candidates support strengthening and enforcing the FHA and the Affirmatively Furthering Fair Housing (AFFH) rule that was implemented under President Obama’s administration requiring communities receiving HUD funding to assess and address patterns of segregation. The current administration has weakened enforcement of the FHA and threatens to dismantle the AFFH rule altogether.

Senator Kamala Harris (D-CA) and former Secretary of HUD Julian Castro have concrete plans to bolster homeownership opportunities that include down-payment assistance and reforming the way credit is assessed, among other ideas. Senator Elizabeth Warren (D-MA) has a plan that includes down-payment assistance for persons living in historically redlined communities to purchase homes anywhere in the country, and an extension of the Community Reinvestment Act (CRA) to make it easier for creditworthy borrowers to purchase affordable homes. However, most of the candidates have yet to include specific plans for homeownership as part of the affordable housing discussion.