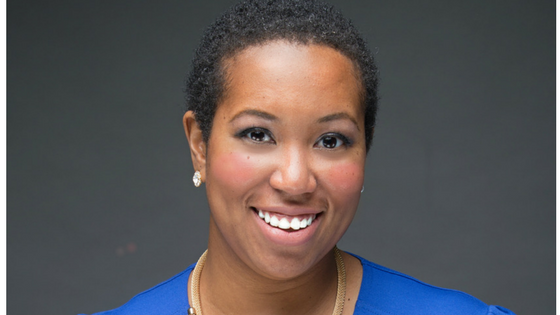 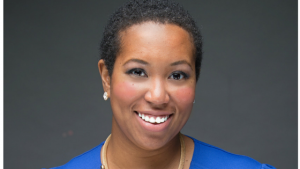 BlackHer is all about advancing the personal, economic, and political power of Black women.  We think that starts by telling our own stories, first.

This week we were thrilled to catch up with Stefanie Brown James.  Ms. James is Co-Founder of The Collective PAC – a national political action committee on a mission to recruit, train, fund and support black progressive candidates running for political office; CEO & Founding Partner of the community engagement firm, Vestige Strategies, LLC; and, Founder of Brown Girls Lead, Inc., a leadership development organization for Black collegiate and professional women.  Stefanie also serves as a Board of Trustees member at her alma mater, Howard University.

Me: Thank you so much for your time today!  What was your impetus for starting The Collective PAC?

Stefanie: My husband Quentin and I have spent significant time in the civil rights space, doing work on behalf of environmental justice and more.  He worked on the Obama campaign from 2007 to 2008 and I worked on the reelection campaign as the National African American Vote Director. We both have a background in the NAACP as well.

One of the voids we saw was the need to push policies that benefit Black communities. A key way to do this is to have people who look like us and share our values in office.  They can implement the changes we seek.

Me: Congratulations on your excellent interview in The Washington Post last week! What have been your other successes to date?

Stefanie: Thanks!  The Collective has raised over $850,000 from over 5,000 individual contributors, with over $150,000 going directly to 20 of our endorsed candidate campaigns.  We launched The Black Campaign School and have trained over 120 candidates and campaign operatives from around the country.  In addition, we’ve received great feedback from candidates. They appreciate that there is a place just for them to come together.

Me: You are centering them.  They are the subject of the story, not an afterthought. That’s powerful.

Me: In the same way that all of Emily’s List candidates are Pro-choice, are Collective PAC candidates united by a shared political agenda?

Stefanie: The easiest way to answer that is to say, “Yes.  Our candidates are all progressively Black!” Specifically, we have our candidates answer a questionnaire to share their legislative priorities.  They have to have a certain ranking for us to take them to our members for endorsement. Also, we’re party agnostic. We’re not focused on electing Republicans or Democrats.  We’re focused on electing Black Progressives.

Me: One of the questions we’ve gotten about BlackHer is, why focus on Black women? Why not lead with shared values instead of identity?  Do you get that question?

Stefanie: No. Not really. And, my feeling is that we are always leading with identity.  When you walk into a room I can’t see your values. People do ask if we support candidates of other races/ethnicities.  We do get that question.

Me: How do you answer it?

Stefanie:  We think that similar to black voters, Black candidates face unique challenges.  So we’re focused on specifically supporting their needs. Many of them aren’t running in majority black cities so it helps to have an organization like The Collective help them navigate their campaign journey.

Stefanie: You know.  I still don’t see myself as a person in politics. This is just the role I am playing to support my community.

Me: Even though you are raising a $3M fund?!

Stefanie: Yes. [Laughing]  That said, we just recently released a report with The Arena that shows that Black women candidates still tend to have the hardest time raising money.  Misogyny is real. Often times we don’t see ourselves as viable candidates for office. And, it concerns me that at times we don’t see other Black women as great candidates either.  For example, Yvette Simpson ran for Mayor of Cincinnati. She was a highly qualified candidate. And yet, her white, male Democrat-like opponent who was also the incumbent received 40% of the Black vote.  This means that some Black women didn’t vote for Ms. Simpson.

My question is, “What did you not see in your sister?”  We can blame white folks or Black men for our lack of representation but I think we also need to ask why we don’t support other Black women. In this day in age, we need to support each other.

Me: Do you worry about painting Black folks with too broad a brush?  When we were at the PowerRising Summit, I was so impressed with the diversity of Black women in the room.  We are not a monolith. How will The Collective make sure that all of the diversity of our community is represented?

Stefanie: I think we’ll see more evidence of our diversity post-election.  Democrats may get 90% of our votes but once we start advocating for specific legislation and policy reforms, that’s where you’ll see the breadth of our diversity.  Some people say, “Black folks only care about criminal justice reform or Black folks only care about education.” But the fact is, I have lots of friends who don’t have children and aren’t focused on education.

Me:  Exactly. For example, I care a lot about tax reform.  And, not like the bill that was just passed!

Me: Speaking of Black issues. I think we’re experiencing a resurgence of Black nationalism.  Would you agree and, if so, why is that?

Stefanie: I do agree.  We are living in the best season of Blackness.  This is the best time in Black History to be Black.  We are emboldened. We’re acknowledging the beauty in ourselves and each other.  People aren’t hiding. That in and of itself is an act of resistance. I am hoping that translates into building power for our people.

Me:  I like that.  We are emboldened.  We are showing up unapologetically.  BlackHer is deeply invested in the importance of representation; it’s a key topic of our blog.  But, I also want to be sure that as Brittany Cooper (@professorcrunk) says, “we don’t conflate empowerment (or greater representation) with power.”

Stefanie: That’s right.  Representation is important. I think we need to see each other and be seen.  But, you just made me think of the NFL. There was a time when Black players couldn’t play.  Now, the majority of the players are Black. But, as you know, that doesn’t mean we have power.

Stefanie: Colin Kaepernick showed us that.  We need to be in positions of power not just for their own sake but to make decisions to effect significant change.

Me: Let me ask you the “Miracle Question.”  It’s this time next year and you’ve had incredible success at The Collective, what two things happened?

Stefanie: First, we saw Black voter turnout at its highest level in history – even since 2012 – in time for the mid-terms.  Second, we elected at least 3 new Black governors at least one of whom is a woman.

Stefanie:  Don’t be afraid to bring your full, honest self into a situation.  Don’t feel like you have to change to fit someone else’s idea of who you should be.  There is no mold. The mold is broken. Envision the life you want and then reach out to people who will give you the space to operate.  We’ve had folks reach out to us who want to help but are scared because they’ve never done fundraising before. That doesn’t matter. Whether you are 90 or 20, come be part of The Collective.  As long as you are committed to building Black political power, we are going to create space to support you.

The Story We Tell About Poverty Isn’t True

Will You Help My Mom Achieve the American Dream?