Can We Forgive Them? A Black Woman Leads as Starbucks Addresses Racial Bias 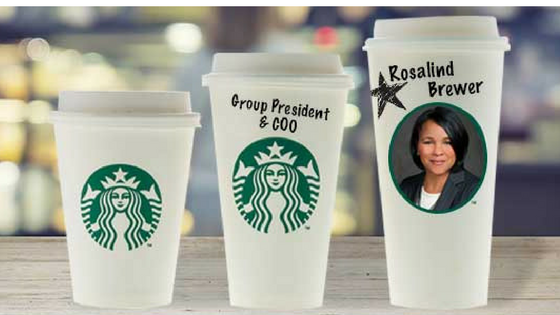 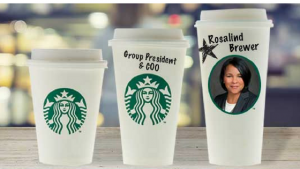 As almost everyone now knows, last week two African American men were arrested at a Philadelphia Starbucks for trespassing.   The two sat in the store waiting for a friend without placing an order. When one of the men asked for the bathroom code, an employee told him that the bathroom was only for paying customers. Soon after that, the black men were asked to leave the store. The men politely but firmly refused to go.  The store manager called the police.

There was a swift response. Six police officers showed up and started the arrest process.  The Caucasian friend of the two gentlemen also showed up. The video recording of what happened has been viewed more than nine million times on social media.

The white friend and several customers asked why the men were being arrested when they had done nothing wrong. The men remained calm.  Neither their calm demeanor nor the crowd’s questioning persuaded the police officers to change course. The men were hauled off to the station in handcuffs.  They were kept in custody for eight hours, reportedly until the police department received word that Starbucks did not plan to press charges.

The incident was recorded in a video, which folks watched on social media.  Lots of people said that this was an example of waiting in a coffeehouse while black.  Before long a new hashtag was born: #BoycottStarbucks.

What Went Wrong at Starbucks?

What Went Right at Starbucks?

“Starbucks stands firmly against discrimination or racial profiling. Regretfully, our practices and training led to a bad outcome — the basis for the call to the Philadelphia Police Department was wrong. Our store manager never intended for these men to be arrested and this should never have escalated as it did.”

Johnson also said he hoped to meet the men who were arrested in person to offer a “face-to-face apology.”

Perhaps most important, Johnson backed up his words with actions. The manager who called the police was removed from the store.  Starbucks has declined to say whether the manager will face discipline. Johnson did say that staff would get more training on unconscious bias, which is often at work when people see black people, fear us and call the police.

Predictably and appropriately, Rosalind Brewer, Starbuck’s African American COO, also spoke up.  Ms. Brewer said that as an African American executive with a 23-year-old son, she found the video difficult to watch. She also said:

“You know, it would be, you know, easy for us to say that this was a one-employee situation. But, you know, I have to tell you, you know, it’s time for us to – myself included – just take personal responsibility here and do the best that we can to make sure that we do everything that we can. For instance, we – unconscious bias training is critical and top of our list, one of the things that we want to make sure happens in this situation. We’ll have to move forward from this and learn from it.”

There is a clear connection between Ms. Brewer’s words and Starbucks’ decision to train their workforce on unconscious bias.

But can we forgive them?

It’s worth noting that Starbucks has been a corporate leader when it comes to race relations. Three years ago Starbucks encouraged the U.S. to talk about race through their “Race Together” initiative, which ultimately proved unsuccessful.  In addition, they have made very public commitments to hire immigrants.  However, despite their record, some folks seem unable to forgive.

Black women and men (including executives like Roz Brewer) are past tired of racial profiling and deadly police encounters involving African Americans, who have done nothing wrong.  The specter of more deaths, like the killing of Stephon Clark in Sacramento, has us truly on edge. News flash! Needlessly calling the police on a black person puts our lives in jeopardy.

We’ll take Starbucks at their word (and watch carefully!) as they continue to provide training for their employees on how to recognize unconscious bias and stop discrimination against people of color.  That said, this incident reminds us that even with training and education, racial bias and discrimination are an ugly and dangerous reality of being Black in America.  As COO Brewer said, “the U.S. has work to do.”

For Black Women, the Wealth Gap is Worse than the Wage Gap

On Empathy, Authenticity, and Making a Difference: An Interview With Dalila Wilson Scott