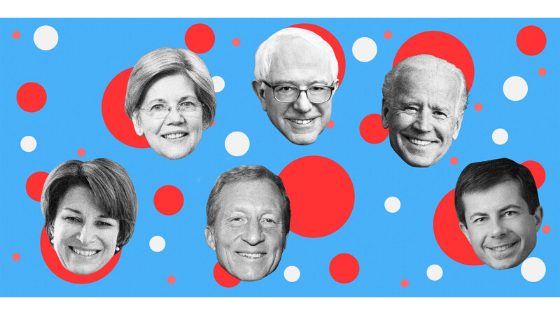 Today, all over the country, Black women are looking at the remaining Democratic field of 2020 candidates and shaking our heads. What the heck happened?

Democrats went from being the most ethnically-, age-, and gender-diverse field in history to a point where only five candidates have qualified for the final debate. All of them are Caucasian. When Julian Castro called it quits last week, things got really quiet in our living rooms.

As this article is being written, 13 Democrats remain in the race. Among them, only Andrew Yang, Cory Booker, and Deval Patrick (a late entrant who so far has gained little momentum) reflect minority communities. All men, we can’t help but notice. Kamala’s departure broke our hearts

Ok. So, we know that generations of structures set up to advantage some and disadvantage others can’t be dismantled in a day. At least, not today.

But an informal survey of Black women today reveals a range of raw emotions. Consternation, confusion, dread, and no small amount of resignation. Everyone is baffled, but older women seem to express the most angst.

A few seemed surprised by the question we framed for them, as if they had not thought of it for themselves in exactly that way: who will stand for Black women?

Reactions Among People We Know

These are real responses from real women in their…:

None of the respondents in this (admittedly small) survey – Black women from ages 30-80 – even mention Bernie Sanders. Except one:

She was not being cruel, or even commenting on Sanders’ age. The point she wanted to make was that, although we LOVE Bernie, we just don’t believe someone whose views are that egalitarian can actually win the top job in America. Color us cynical. (Oh, a gangsta like the present White House occupant can get elected. But a person who believes in equity for all? Nah!!!!!)

Reaction In the Mainstream Media

Criticism of the dwindling debate list was sharp in the mainstream press last week, with an article on Castro’s hard exit in Politico and a caustic Washington Post editorial by Eugene Robinson, in which he marveled at the swift demise of ALL the minority candidates.

Even a leaked memo from Andrew Yang to the Democratic National Committee, published in the Daily Beast, makes some of the same claims. In the memo, Yang “contends the biggest barrier to allowing “a diverse set of candidates” to debate at the next event is the lack of recent qualifying polls that meet the committee’s specifications.” He asks for more qualifying polls that would allow more diverse candidates to qualify for the debates. So far, no decision on that.

But this is important because it matters – for Democrats, and especially for young Democrats – whether or not the debate stage reflects the party’s diversity – all the way through to the primaries. On TV political dramas, they refer to this as “optics.” When you talk about inspiring turnout, optics matter!

Robinson’s piece kind of captures the mood we’re picking up out there with Black women. This decided lack of enthusiasm across the board speaks volumes about where Black people are with the Democratic Party, (and why Hilary is not our president today).

Oh, sorry. Please pinch me and wake me up!

We have voted against candidates all our lives, asking the question “Who will hurt Black folk the least?” as opposed to “Who will stand for us?” Even JFK, whom we adore in memory, didn’t really stand with us. He was on the fence (Yes, I said it!), and died before he could step down solidly on either side.

So, who will stand for Black women?

Black American women are as engaged in politics today as we have ever been.

“In 2012, black and non-Hispanic white women had the highest voting rates among the total female population aged 18 and older, at 66.1 percent and  64.5 percent, respectively (U.S. Department of Commerce 2013).”

All over the nation, the Trump Era has been a lightning rod, galvanizing people who have never been on the front lines of campaigns before. And a lot of young people. What Black women did in Mississippi in 2018 was nothing short of remarkable.

We know that’s what it’s going to take. Hard work and a new way forward.

Barack Obama and Eric Holder have thrown their influence behind All on the Line – the national push to end gerrymandering — the disgusting practice that lets politicians choose their voters instead of the other way around.

Then there are the Fair Vote advocates – because one BIG thing that has hamstrung minority candidates is lack of access to the ridiculously, unnecessarily huge war chests required to run a winning campaign today.

These are big ideas. Like Bernie Sanders, maybe they are still ahead of their time in America. Our job, as Black women, is to make sure their time comes soon! Because only big ideas and big changes like these will ever really level the playing field.

On Changing Things Through Steady, Loving Confrontation: An Interview With Lynda Blackmon Lowery