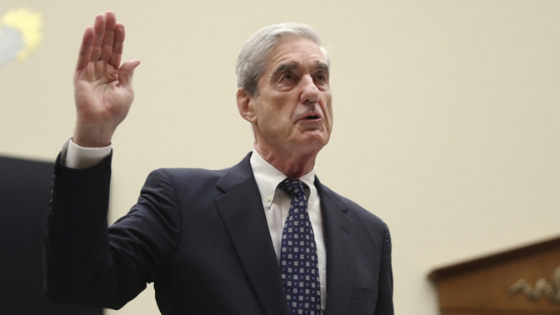 Mueller was subpoenaed to testify, and he was not happy about it. He said months ago that everything that he had to say about his investigation was in his report. Some say his dissatisfaction showed in his testimony. Folks thought he was slow on the uptake, disengaged, and at times unclear about the content of his 448-page report.

Some of the Republicans who questioned Mueller ruthlessly attacked him in defense of their President – notwithstanding the facts. Mueller didn’t defend himself, which made the attacks painful to watch. Some Democrats who questioned Mueller tried to get him to indict the President.  He did not opine on Trump’s innocence or guilt and was not swayed by their rhetoric.  This was also painful to watch.

Many folks were disappointed by the hearings, including me!  We wanted drama and for Mueller to plainly state what his report eludes to — this President is a criminal and a disaster!

In an effort, some say, to remain impartial, Mueller mostly answered questions calmly with as few words as possible, or by referring to the report.  His affect may have been impacted by age, but I don’t think his approach was due to age or a lack of knowledge; I think it was his strategy.

What Did We Expect?

It was unrealistic to think that a careful lawyer and hostile witness, would say something so compelling that our spiritually distressed country would suddenly agree that Trump must go.  I’m a Black woman in America. I know that miracles like that don’t happen in real life.

Despite my frustration, Mueller’s testimony did matter.  Here’s why:

The Russians Are Not Coming – They Are Here

On the same day that Mueller testified before Congress, we learned that Russians targeted the election process in the election system in EVERY state in the United States in 2016, including stealing voter registration information.

Unfortunately, shortly after Mueller testified, Senate Majority Leader Mitch McConnell, blocked two bills against foreign interference in our elections, from even being considered by the Senate – making us all seriously wonder. How much are voting machine lobbyists paying him to sell our elections to the highest bidder?

Perhaps Mueller inspired principled action in other corners. Despite the fact that they don’t have the votes to impeach Trump, the House Judiciary Committee is running an impeachment probe to explore evidence of high crimes and misdemeanors allegedly committed by Trump. Many members of the committee believe that this is their constitutional obligation.

We Must Save Ourselves

Mueller did not save us when he released his report; nor did he do so with his testimony.  That’s because there are no superheroes who are going to swoop in, dismiss our corrupt leaders, and unite our country.  We the people have the best shot at saving the United States and ourselves by doing our constitutional duties – staying informed, staying engaged and voting in the 2020 elections.

Ida B. Wells: The Princess of the Press