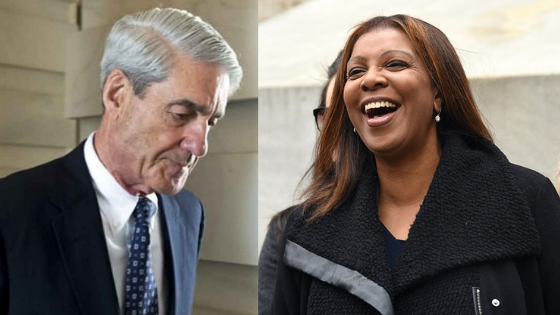 As reported by Bloomberg News:

“The report found evidence on both sides of the question on obstruction and leaves what the special counsel views as ‘difficult issues of law’, Barr wrote in a four-page letter to Congress on Sunday.  Barr quoted Muller as saying, ‘While this report does not conclude that the president committed a crime, it also does not exonerate him.’  Barr, in conjunction with Deputy Attorney General Rod Rosenstein, “concluded that the evidence developed during the Special Counsel’s investigation is not sufficient to establish that the President committed an obstruction-of-justice offense”.

What Does it All Mean?

What is one to make of all of this?

We don’t like to say we told you so, but months ago we predicted that the President wasn’t going down because of the Mueller report.  You may have suspected as much too.  Black women have a way of knowing how things are going to play out.

That said, this does not mean that the investigation was useless.  On the contrary, we think it was important to our democracy.  Let me explain.

First, the Mueller report was an example of the rule of law prevailing, at least with respect to the investigation. Mueller completed his report. And it appears that the investigation ran its course without interference by the President or anyone else.

Second, Robert Mueller racked up 37 indictments, obtained several guilty pleas from the rich and powerful, and obtained a guilty verdict at trial over criminal wrongdoing in violation of U.S. law.  These wins demonstrate that no one is above the law.

Third, the investigation showed us – when people like the POTUS were telling us otherwise –that, we must gird our democracy to fight off future attempts at interference regardless of whence they come – the Russians, the Chinese, the Kenyans or our own domestic officials.  No country or person may be permitted to meddle with our thing: free and fair elections.

Why Was There No Finding by Mueller on Obstruction?

The short answer is that we don’t know.  Mueller’s team apparently struggled with the question of whether President Trump obstructed justice, and specifically took the time “not to exonerate the President” on this count. It’s possible – and this is pure speculation – that Mueller felt conflicted about a charge of obstruction of justice since some of the evidence of obstruction may have involved attacks against the witnesses and attorneys of Mueller’s investigation itself. The only thing that will enable us to better understand his reasoning and assess whether other issues are at play, is reading the whole report. #ReleasetheMuellerReport!  #Showthepeople!

Now It’s Up to the Ladies

The Mueller probe may be over but the investigations into his role in collusion and obstruction of justice are not. Investigations continue in the Southern District of New York, which has been host to many of Trump’s business deals, and in Congress.

We’ve got our eyes on two ladies who seem ready to run things.

We know it’s a long shot but someday the whole truth and nothing but the truth about Trump may come out.  That’s a good thing because, if you break the law, you should answer to the law no matter your riches and power.