Financial Literacy is Not a Policy Imperative: An Interview with Dr. Julianne Malveaux 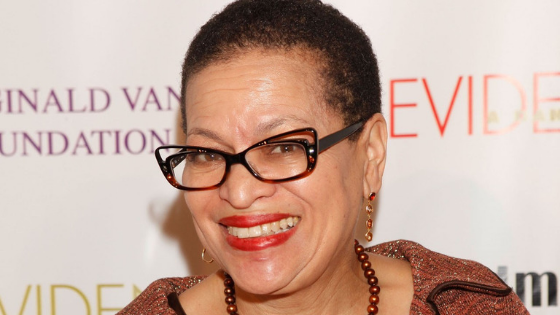 Our BlackHer Shero of the Week is Dr. Julianne Malveaux, president and founder of Economic Education and former president of Bennett College for Women.  Malveaux is a writer, speaker, and syndicated columnist.  Her columns have appeared in USA Today, Essence, Black Issues in Higher Education, The Progressive, Ms. Magazine and several other newspapers.  She’s also appeared as a commentator on CNN, MSNBC, Fox News, BET, and Howard University’s news channel.  She earned a Ph.D. in economics from MIT and holds honorary degrees from Benedict College, Sojourner Douglass College and the University of the District of Columbia.

Jocelyn: Julianne, you are a self-proclaimed policy geek.  Let’s talk about the 2018 Midterm elections.  What happened?

Julianne: The midterms were a repudiation of our president and what’s happening in the U.S. today.  People are tired of the politics of racism, sexism, and homophobia. While more of them should have followed suit, even white women crossed party lines and voted against our politics of hatred.  Instead, they cast their ballots for exceptional candidates like Stacey Abrams and Andrew Gillum.

I was thrilled by the election of Lucy McBath in Georgia.  A friend of mine worked on that campaign, including hosting a fundraiser.  She got all into it and she’s not a very political person.  More Black women than ever got involved in the elections and came out.

The 2018 midterms were really a call to action for so many of us who were disillusioned by the 2016 presidential election.  That said, I think the Democratic party still has a lot of work to do to keep winning in 2020.

Julianne: Even though the women who wrote the book, For Colored Girls Who Have Considered Politics, and other phenomenal Black women are transforming the Democratic party, it’s still a behemoth.  And a lot of people, especially younger folks, are tired of the way the party treats new people and fresh ideas.

Jocelyn: Now that Black women have more allies in office, what are the economic policies we should push for?

Julianne: Fair pay is important.  We must have a living wage.  Access to education is also so important.  And we need access to affordable health care and opportunities to save.

Julianne: Depending on where you are on the economic totem pole you may or may not be for progressive policy change.  The recent ballot measure to raise the tipped minimum wage in Washington, DC is a good example.  Your support for raising the minimum wage depends on whether you work for a greasy spoon restaurant in Ward 8 or a fancy upscale restaurant in downtown DC.  Here’s an example, where a policy priority, like raising the minimum wage, visits Black women differently.  Black women are more likely to work in the greasy spoons.  Our sister, she’s more likely to need and want to push for that policy change.  On the other hand, white men get better tips. In fact, they may not be concerned about the tipped minimum wage at all. The point is, that even though these two people occupy the same profession – foodservice worker – they experience the impact of the policy very differently.

Being active around the issues and creating an economic policy agenda to help us get ahead, requires understanding our unique circumstances and experiences.

Jocelyn: Fascinating.  You’re an economist.  How does that influence your worldview?

Julianne: As an economist, I believe that we’ve got to look at change from a macro vs.micro perspective.   Micro is the personal, macro is the structural.  Sure, we could all be better at budgeting.  But if Black women never bought another pair of shoes, you’re still never going to close the wealth gap.

Julianne: Financial literacy is not a policy imperative.  It doesn’t solve the structural issues we face.

Don’t get me wrong.  I’m not saying people shouldn’t try to do better and be better in their lives. There is no movement for irresponsibility, but we’re talking about the structural inequities built into our economy.

We’re asking the question, “What is the nature of a racist, sexist, predatory capitalist system? And how do you change that?”

The fact is that in our political and economic system, powerful institutions often win at the expense of people.  That’s why Elizabeth Warren is a shero to me.  Her work to create the Consumer Financial Protection Bureau after the 2008 recession was important.  She was aiming to give more power to consumers by making it easier for them to report abuse and protect themselves.

Jocelyn: I love what you just said.  Financial literacy is not a policy imperative.  It’s such an important point.  I worry that far too many Americans – Black and White – have been brainwashed into thinking that their failing financial lives are their own fault and we know that’s not true.  The system is rigged.

Julianne: Black folks live between the polls of hope and despair.  We despair because we know there is racism and it deeply impacts our lives.  At the same time, we keep hoping that it will go away or is not as bad as we think.

If instead, we really believed that the system as it is currently constituted CANNOT produce fair results, we’d create change.

All we have to do is look at historic responses to recessions.  In 2015, the economy was recovering but the benefits of that recovery were going to the top.  On average, the recovery has not benefitted many of us.  We still see huge unemployment rates and low wages for tens of millions of Americans.  The Economic Policy Institute – I serve on their board – is a great source of data about employment and wages.  Another way to look at it is to notice that, especially for African Americans, young people are doing worse than their parents.

Jocelyn: Ugh. Julianne, you led Bennett College for Women, one of two higher-education institutions in the U.S. dedicated to educating young Black women.  Where are you more broadly on the topic of education and social mobility?  Is getting a college degree still worth it?

Julianne: Education is a bridge and a social and economic mobility tool.  It’s true that it’s possible to create a living for oneself without college, especially because of the ubiquity of the Internet but I still think a college degree is important.

Our task is to make college more affordable.  The Pell Grant was designed to put college in reach for low- and middle-income people.  In the late 20th century, your Pell Grant covered your tuition.  Now, at a college like Bennett – that’s relatively inexpensive – your $5,500 Pell Grant covers less than a quarter of your annual tuition.  With an average median income at $36,000 for Black families, we know that someone is taking on debt.

Also, it’s taking longer for our young people to graduate.  And it’s a real challenge for our first-generation students who don’t leave their families behind.  I had an amazing student at Bennett.  Her mother became critically ill and she dropped out of school.  She eventually reenrolled but it took her 7 years to graduate.  She was one of my best students.  Some first-generation parents are also ambivalent about the power of unpaid internships.  I helped another student secure an unpaid internship at the United Nations and her parents didn’t want her to go.  They were concerned about her financial contribution to her education because they could not provide a supplement.

Jocelyn: Julianne, is there anything that you want BlackHer subscribers to know about you?

Julianne: Please follow me on Facebook and check out my website, where I talk about politics, economics, gender, and race. Recently, I’ve been writing about the perils of gentrification.   Also, I’m available for speaking engagements.

Julianne:  Maggie Lena Walker was the first Black woman to charter a bank in 1903 and it was still in existence in 2005.

Julianne:  Dr.Phyllis Ann Wallace was the first Black woman to attain a Ph.D. in economics from Yale and achieve tenure at MIT.  She was my mentor and truly part of the sunshine in my life.   Dr. Sadie Tanner Mossell Alexander was the first Black woman to get her Ph.D. in economics at the University of Pennsylvania in 1927.  People attended the commencement just to see if it was true and watch her cross the stage. Judge Constance Baker Motley is also a shero of mine.  She attended New York University and Yale and“became the first black woman to be appointed to a federal judgeship in 1966.”  She and Dr. Wallace were dear friends, and I used to sit with these two women and listen to their stories about what it was like to be the “only” and to navigate segregation.

Jocelyn: Let me ask you the Miracle Question.  You go to sleep tonight, and you wake up and it’s December 2019 and the miracle has occurred for Black women.  What happened?

Julianne: We kick ass!  The endowments of Spelman and Bennett have been fully funded so that both colleges have the freedom and flexibility to do what they want to do and aren’t held hostage to the economic realities of tuition-based budgets.

Black women’s stories are TRUTHFULLY told every day in the media.

There are five Black women in the Senate and we comprise 5 to 10 percent of legislators in every state.  It’s the beginning of the end of predatory capitalism.

Listen to the sound of the great Nancy Wilson. May she rest in power