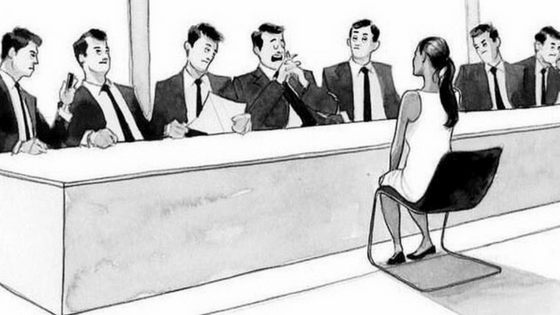 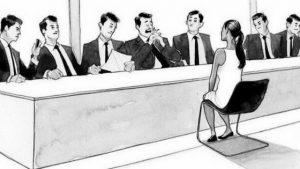 In the U.S., we love to tell ourselves that grit, or “courage, resolve and strength of character,” determines where we get in life.

This is how the story goes.

We like this narrative.  It puts YOU in control. And, let’s face it,  it takes a strong ego to get out of bed every morning.

But, this tall tale – and that’s what it is – has an underbelly.  It shifts the blame for personal failure from society to you.  And that’s a big mistake.

For Black women, who are some of the hardest working people in the world, grit is not (and has never been) enough to get ahead.  And if we continue to embrace this myth, we’ll:

Here are the facts:

In short, Black women work as hard and often harder than everyone else, and yet, we’re not getting ahead.  Can it be that we are simply less courageous, determined and tenacious than others? I think not.

Black women’s economic outcomes are the direct result of two centuries of racial and gender discrimination.  And, in particular, our low median wealth is caused by the fact that our parents and forebears were poor too.

“Black and white women are positioned differently from one another largely because white women benefit more from wealth being passed down from their families. Intergenerational transfers like financing a college education, providing help with the down payment on a house and other gifts to seed asset accumulation are central sources of wealth building. Given past and present barriers that have kept black families from building wealth, private action and market forces alone cannot be expected to address wide-scale racial wealth inequality that is gendered.” – Women, Race & Wealth

So what can we do to change our fates, if grit doesn’t fit?

The way to create real wealth for ourselves and each other is by engaging in the political process.

First, we must understand how money moves in our economy, for example through tax spending.  Next, we must come together to advocate for policies that affect change.

“My fear is that American inequality is starting to replicate itself across generations. In a society and economy where money matters a great deal — in terms of access to housing, education, and healthcare, for instance — an increase in income inequality is likely to lead to an increase in other forms of inequality, too. Upper-middle-class parents are able to invest heavily in the human capital of their children, which in turn increases their chances of remaining at the top of the income ladder — what The Economist labels as “hereditary meritocracy.””

Since most Black women don’t inherit wealth, we must tax the inheritances of everyone else and/or skillfully use public policy to put more money in our pockets.

There are many other ways to effectuate economic change for Black women (and the millions of other women and men struggling to make ends meet!).  Below are a few.

To learn more about these and other key policy reforms that will help more Black women get ahead, read The Road to Zero Wealth: How the Racial Wealth Divide is Hollowing Out America’s Middle Class.

I leave you with this.

Attend all the empowerment seminars you want but also use your voice to change the rules which govern y(our) fate.  You are not behind in your rent, savings or plan for higher education, solely (or even primarily) because of any of the personal choices you have made.

Unfair, discriminatory and bad policies are holding you back.  For Black women, grit doesn’t fit!

On Advancing Structural Change for Black Women: An Interview with Maya Rockeymoore

On the Myth of Exceptionalism and Why the Personal is Most Definitely Political : A Podcast with Brittney Cooper