I am a Woman. Channing Dungey Tosses Rosanne Barr Out After Ape Attack. 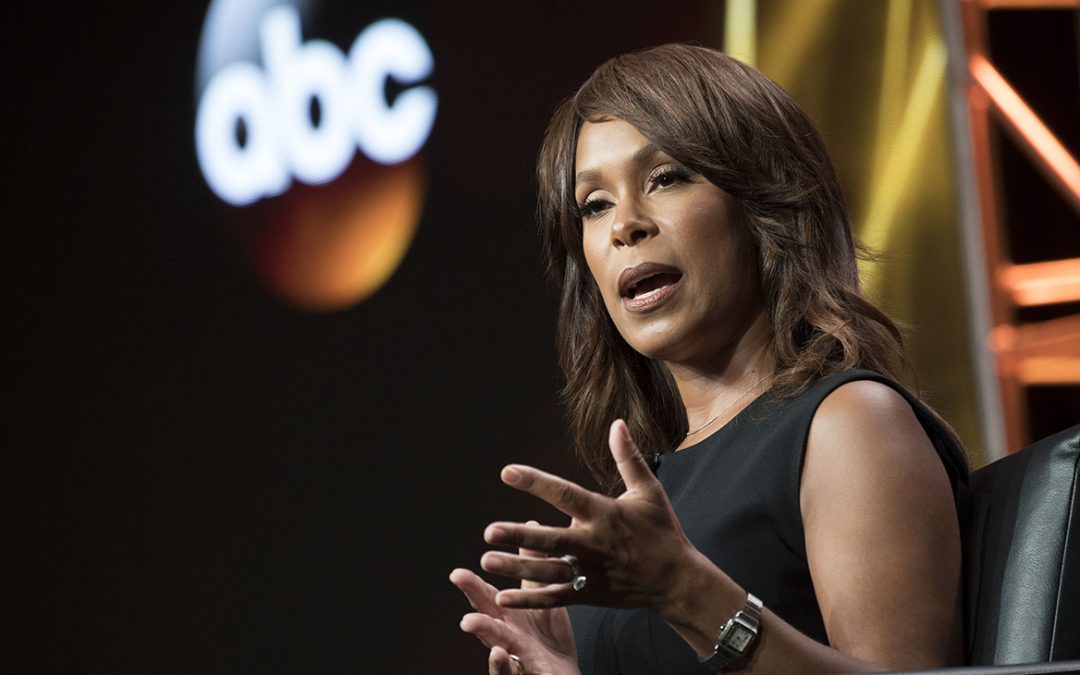 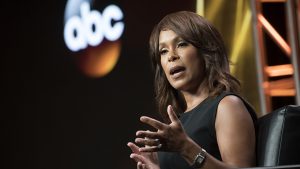 United we stand.  Divided we fall.

Rosanne Barr fell today after she sent a racist tweet referring to African American Obama official, the supremely intelligent and respectable Valerie Jarrett, as an example of cross-breeding between the Muslim Brotherhood and Planet of the Apes.   Roseanne thought her tweet was off the hook. However, other people tweeted back that she was a racist, which caused Roseanne to think better of her comment. She apologized to Valerie Jarrett and to “all of America”. She erased her tweet and tried to take the whole thing back.  But it was too late!

In short order, Wanda Sykes, who is a Black woman comedian, announced that she was quitting her position as head writer of the new Roseanne show. Other people also had a bad reaction to the tweet – including Roseanne’s bosses at ABC!  They said, madam you may be funny on TV, but you are not funny on Twitter. Your number 1 show is CANCELLED!  This decision was made by Channing Dungey, an African American woman who is president of ABC Entertainment Group.  As an aside, to me, Ms. Dungey looks like an elegant professional, but to Roseanne, maybe she too looks like an ape, especially now that she fired her!

Said Dungey:  “Roseanne’s Twitter statement is abhorrent, repugnant and inconsistent with our values, and we have decided to cancel her show.” The decision was met with praise.  Some say that it’s no surprise that it took a black woman executive to take a stand against racism.

I am not sure why Rosanne decided to go with the ape attack today, but my internet research has discovered that this is not the first time that she has compared a prominent black woman to an ape. In 2013, she compared Susan Rice, who was an Obama National Security Official at the time, to an ape.   She said: “Susan Rice is a man with big swinging ape balls.”

What?  That little lady!  “A man with ape balls”!?  What the hell are ape balls? Roseanne apologized in 2013 too for “comparing Susan Rice, a black woman, to an ape”– using almost identical language to today’s apology to Valerie Jarrett.

Of course, there’s a long history of calling black people apes in the U.S.

It’s all part of the effort to dehumanize us which started with slavery and continues today. Being a black woman, I have noticed that lots of people who are racist love to call black women who are in the public eye apes. Ask Leslie Jones of Saturday Night Live.  She was called an ape for starring in the female version of Ghost Busters.  While many of the cast members were vilified, none of the other female cast members of Ghost Busters got the ape treatment.  Oh, and also ask our former first lady Michelle Obama, who was called an ape in heels on the regular. She probably got the ape treatment more than her husband, and he’s a man!  Ask the Williams sisters too!

By comparison, America hates Hillary Clinton more than it reportedly hates Satan, but I don’t think she’s been called an ape.  There’s something extra special about apes and Black women that people who are racist find extra appealing. So, to be clear, Rosanne’s a racist!

I am particularly sensitive to the ape attack as applied to Black women. When racists compare us to apes, we are being denied both our humanity and our femininity – in other words, our place as women.

So today, while I am as tired as ever of public displays of racism in the U.S., which are hurting all of us, I love ABC. In an America where we too often go after each other for no reason (as far as I know Valerie Jarrett was minding her own business when she was called an ape out of the clear blue sky), corporate America is once again refereeing the game.

A few weeks ago Starbucks took control and called out racism in its shops. Today it’s ABC. As crazy as it is, in the absence of moral or courageous political leadership, corporate America is acting as America’s conscience. Today, a corporation taught us in short order that calling black people apes is not funny, not socially acceptable, and can cost you millions of dollars.

Sojourner Truth asked over 100 years ago, “Ain’t I a Woman?” The answer in the eyes of the racist is, “No, Sojourner.” You and your Black sisters are animals.  In particular, you are apes.

The happy news is that today anyway corporate America is saying different. “Yes, you are a woman who deserves respect. Yes, you are!”

On Taking the Reins and Building Black Wealth: An Interview With Nikitra Bailey

Check out BlackHer’s New Guide for the 2018 Midterm Elections!