“I Have the Gavel.”: How Congresswoman Maxine Waters Aims to Make America Great Again! 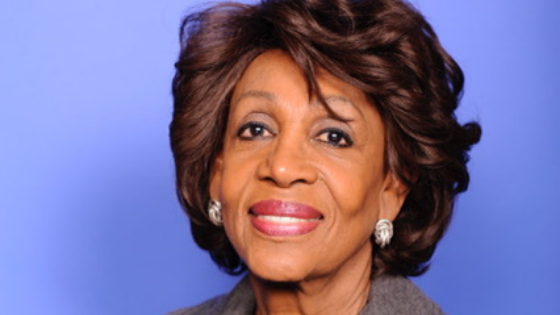 Our BlackHer Shero of the Week is Congresswoman Maxine Waters who represents California’s 43rd District.  We were thrilled to have the opportunity to hear her speak at the Center for American Progress.  As you may know, in addition to serving as a member of the Congressional Progressive and Black Caucuses, Rep. Waters will serve as chairwoman of the U.S. House Committee on Financial Services for the 116th Congress. This is a BIG deal, ladies!

Rep. Waters is the first woman and first African American to ever serve in the role. More important, as chairwoman she has the power to help ALL Americans achieve financial security, not just the wealthy. That’s great for us!

As we’ve noted before, Black women and families are struggling.  The median income for Black women in the U.S. is $35,000 and the median wealth (what we own minus what we owe) for single Black women is only $200.

We’ve been disadvantaged by the rollback of financial protections since 2016.  And, remember the Tax Cuts and Jobs Act which was supposed to trickle down to us?  Well, it hasn’t put any money in our pockets. According to the Center for American Progress, ten months since the passage of the bill, “while corporate profits have risen 17%, wages have only risen 0.2%.”

Rep. Waters’ agenda for making America great again is thrilling!  For example, she’s committed to restoring the Consumer Financial Protection Bureau (CFPB), an agency which was created in response to the 2008 recession.

The CFPB was created to give consumers a way to register concerns of financial foul play.  Before the agency was gutted by Republicans, the CFPB returned $12 billion to more than 29 million consumers.

Unfortunately, the CFPB’s success is precisely why the Republicans want it shuttered.

To learn more about this critical and impactful agency and Rep. Waters’ keen focus on consumer protections watch this.

Because no one should be homeless in the U.S.

We were also happy to learn about Rep. Waters’ focus on providing much-needed funding and resources to ensure that ALL Americans can access safe, decent and affordable homes.

There are 500,000 homeless Americans, including 120,000 homeless children.  Her Ending Homelessness Act would provide $13.3 billion in new funding to eliminate homelessness.

Finally, we were excited to learn about a new subcommittee that Rep. Waters is launching to address diversity and inclusion in corporate America.

According to the Census, the U.S. population will be a majority minority by 2044.  And, here’s what we know, diversity works!  There is a growing body of research that shows that diverse teams make higher profits.  Unfortunately, as we also know, understanding the benefits of diversity and inclusion and achieving diverse representation at the highest levels of all companies is not the same thing.  In fact, the latter has proven VERY challenging.

That’s why Rep. Waters is on the case.  Her new subcommittee will conduct research to assess the current state of minorities in financial services and craft legislation to improve our representation.  Yippee!

To learn more about Rep. Waters’ will do with her gavel and to follow all the activities of the U.S. House Committee on Financial Services, subscribe to their e-newsletter.