I Want To Raise My Children In A World Where People of Color Are Empowered To Vote: Here’s How We Get It Done! 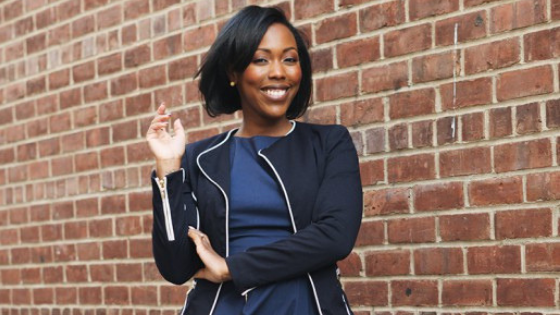 While watching Stacey Abrams deliver a passionate, articulate, and fiery response to the State of the Union, all I could think was “how could this woman possibly lose the election for governor of her state?”

The real reason (which too few people understand) is voter suppression. Abrams lost by just 55,000 votes out of nearly four million ballots cast. Since 2010, while serving as Secretary of State, Brian Kemp purged 1.4 million Georgians from the voting rolls, including 660,000 in 2017 alone. 80 percent of these voters are Black. Given the trends among Black voters, more than 90 percent of them would have voted for Abrams. Put more simply, Brian Kemp saw an election he was likely to lose and suppressed the Black vote enough to win (by just .4 percent).

Voter suppression is only part of the problem nationally – even if it is the most insidious part. The broader issue is that state laws often make it too hard to vote, and these laws have a disproportionate impact on low-income communities of color. Even when those laws are changed, many voters aren’t aware of the changes and so they don’t take advantage of them.

In Newark, New Jersey (where I live), voter participation is shockingly low in elections that have a massive impact on our city. Take last year’s election for the Newark Board of Education, for example just 7,000 of registered voters turned out to vote, despite the fact that Newarkers were electing the first locally-controlled school board in twenty years.

People wonder why it takes so long to create the change we seek in our schools. This is why. If we’re going to have truly representative leadership, we need more people engaged in local elections that have a profound impact on our children.

The good news is that many organizations are working to make it easier for people to vote. And in many cases, we have partners in government who share the same goal.

Here in New Jersey, lawmakers passed a bill that allowed people to vote by mail up to seven days before an election. For voters who can’t afford to take the time off work or wait in long lines at the polls, this is a massive improvement that should allow for greater participation in elections.

Project Ready, the organization that I founded, just launched a campaign to significantly increase the number of people voting by mail in the next election. We’re going door-to-door in the community, showing people how to register to vote by mail, and then following up with them to ensure that they do. We’re particularly focused on increasing turnout in local races like the upcoming school board election, where increasing voter participation – even marginally – can change the trajectory of our school system.

Our effort is just one part of a constellation of local groups across the country working to make it easier to vote. And at a national level, Michelle Obama’s When We All Vote initiative has led the way to increase voter participation. We need more of these groups and need to make sure that they receive the funding and national attention they deserve.

What’s the end goal? Well, by making it easier for people of color to vote, we can elect candidates who not only look like the communities they serve but reflect our values as well. These candidates will reverse voter suppression laws, fight for paid family leave, and expand access to a quality education. Increasing voter participation creates a virtuous cycle; more people voting means electing better leaders, which leads to better policies, which leads to the world I want to raise my daughter and son in.

Shennell McCloud is the executive director of Project Ready, an organization which seeks to engage more Newark, NJ families in decision-making. She is the mother of a two-year-old and one-year-old and lives with her husband in Newark.

This post originally appeared in New Jersey Left Behind.