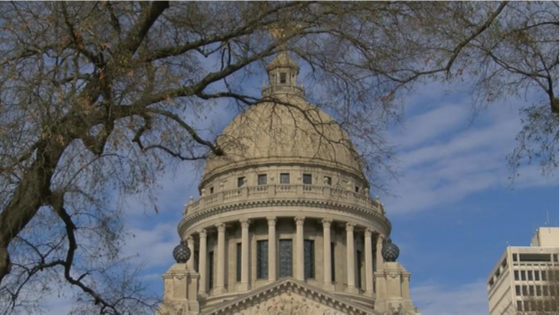 BlackHer Shero Jennifer Riley Collins is running for attorney general of Mississippi.  She is a 32-year veteran of the U.S. Army, the former executive director of the ACLU of Mississippi, and a single parent to three young men.

When I asked her why she decided to enter the attorney general’s race instead of retiring after a storied career, she said matter of factly, “because I’m the most qualified.”

True that.  Collins’ resume reads like a boss, and she’s been endorsed by the likes of the UAW, the AFL-CIO, and has caught the attention of buzzworthy leaders like Stacey Abrams and Pete Buttigieg.

You may be horrified to learn that no African American (male or female) has won statewide office in Mississippi since reconstruction even though, Mississippi has the largest black population in the country. Here’s why.

The rules of the game are rigged

According to the Constitution of the State of Mississippi, to win statewide office, a candidate must do more than win the most votes.  She or he must also win a majority of Mississippi’s 122 Congressional districts. Failure to leap both hurdles means that the legislature (not the people) gets to choose the next attorney general.  See the provision below.

The person found to have received a majority of all the electoral votes, and also a majority of the popular vote, shall be declared elected.  MISS. CONST. art. V, § 140 (emphasis added).

If no candidate satisfies both the Popular-Vote and Electoral-Vote Rules, then “the House of Representatives shall proceed to choose a governor from the two persons who shall have received the highest number of popular votes.” MISS. CONST. art. V, § 141.

“This system is similar to how the electoral college mutes the voices of the voters. It is a system that will thwart the ability for Black people to hold statewide seats while maintaining white power,” said Judith Browne Dianis, executive director of Advancement Project National Office.

Four Mississippi citizens have filed a lawsuit against the state in order to strike down the provision. Eric Holder, former U.S. Attorney General, said this about the provision in an article for the Associated Press:

“The scheme [provision] has its basis in racism — an 1890 post-Reconstruction attempt to keep African Americans out of statewide office… This is not a theoretical thing, we have seen no statewide African American elected to office since this was enacted.”

In progressive circles, it’s popular to talk about the need to interrupt racism by making personal changes.  From leaning in, to recognizing and addressing bias, to ridding organizations of microaggressions, many diversity, equity and inclusion initiatives are driven by a theory of change that says the individuals must “get woke” and do the work to dismantle discrimination.  Personal agency is important, but Jennifer Riley Collins’ race also shows us that to interrupt racism we also need to rewrite the rules that govern the game.  The fact is that no amount of individual effort can or will address the structural – in this case legal – racism written into  Mississippi’s constitution.

When I asked Collins how she feels about running in an uphill race, she said this:

“In 2018, Cindy Hyde-Smith a sitting U.S. Senator said she’d be comfortable sitting in the front row at a public hanging.  She had no qualms making that statement in a place that led the nation in lynching. She also talked about suppressing the vote at those “other colleges.”  That was the turning point for me. When I entered the army, I took an oath to protect, serve, and defend the Constitution of the United States.  That oath didn’t end when I left the office. I’m running to protect, serve and defend all Mississippians because I think our state deserves more.”

Don’t live in Mississippi?  I know what you’re thinking.  What’s this got to do with me?

You don’t need to live in Mississippi to care about this race.  You just need to believe in fighting fair and trying to make our democracy work.

Learn more about Jennifer Collins, spread the word, and GIVE to her campaign.