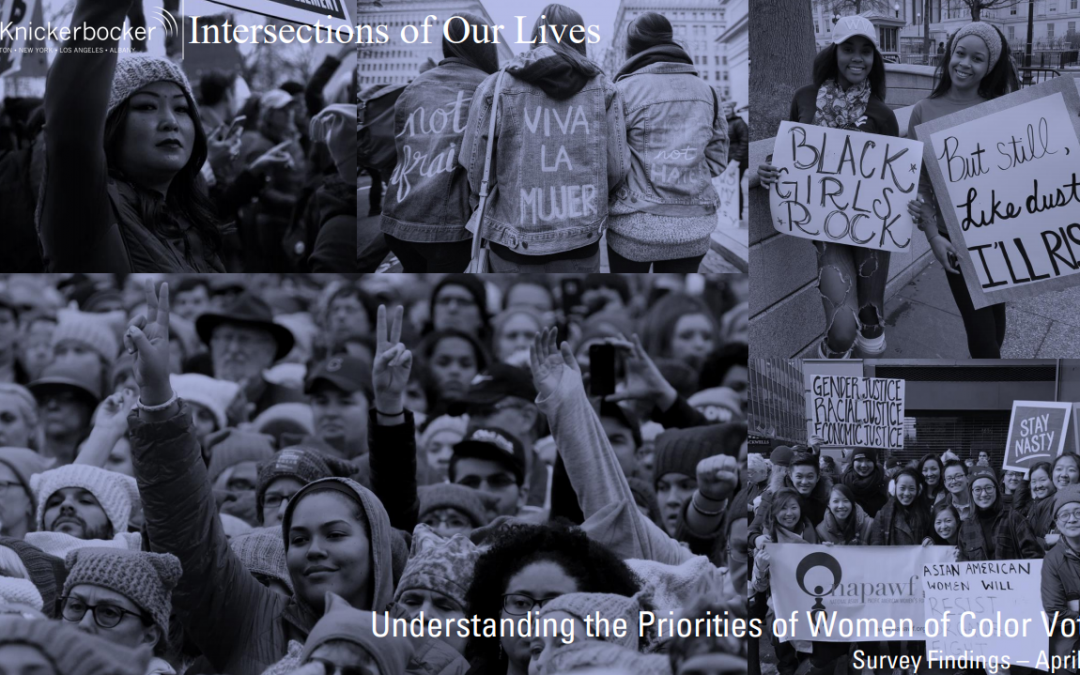 As the 2020 election season gets underway, Black women know all too well that the stakes couldn’t be higher. Donald Trump’s presidency and his unwavering Republican support have been horrific for the nation (and, let’s face it, the world). But it’s been particularly terrible for our families and us. That’s why we came out strong in 2018—both as voters and candidates running for office. And we’re not done yet! We are demanding that elected officials take action on our priorities and growing our voices and political power to make sure that we are heard.

To this end, three women-of-color led reproductive justice organizations (In Our Own Voice: National Black Women’s Reproductive Justice Agenda, National Asian Pacific American Women’s Forum, and National Latina Institute for Reproductive Health) have formed a collaborative called Intersections of Our Lives. Recognizing the ways that so many policies make women of color so vulnerable in our society, their mission is to work together to advance a number of policy issues related to civil rights, justice, reproductive health and equality.

Recently, the group put out polling data about women of color voters. This data comes from phone interviews with nearly 3,000 women who self-identified as Black; Hispanic, Latino or Spanish-speaking; and Asian-American/Pacific Islander (AAPI). Looking at the results, it comes as no surprise that Black women led the way with the strongest feelings about the direction of the country and wanting to reverse course before it’s too late.

A breakdown of the data showed the following:

This data confirms what we’ve known all along—Black women are passionate about change and we want it now. We understand that we can’t afford to have the corruption, racism, cruelty and blatant disregard for our lives continue to define our political system and this presidency. We also want to see more women and people of color in office. 93% of us said so in the interviews, which was more pronounced than other women of color voters.

If America were truly smart, it would put us in charge since we’ve got the vision for change and the determination to bring it to life. But until that happens, we will continue to push and make our voices heard at the voting booth, as elected officials, as professionals, as students, as workers, as members of our community and beyond. We know that we simply can’t afford to stay quiet.

On Being a Trailblazer and Blazing a Trail for Others in Media: An Interview with Dorothy Butler Gilliam