Is the Pro-Life Movement Slavery by Another Name? 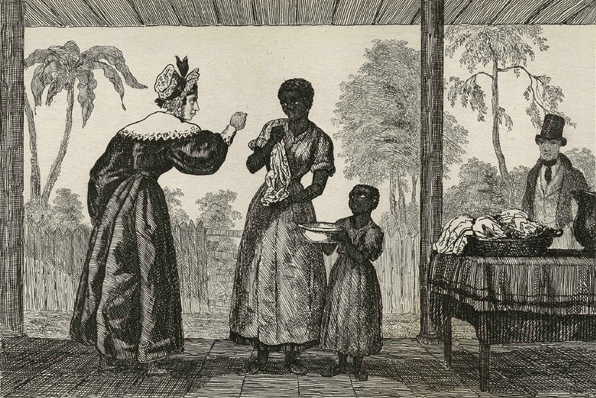 As you have likely learned by now, several states have enacted stricter anti-abortion laws in a bold new effort to control women’s bodies. In a headline-grabbing game changer, Alabama passed “a near-total ban on abortion with no exceptions for rape or incest.” The bill was approved after 25 white male Senators voted for it.

By the close of business Wednesday, May 15, 2019, Alabama Governor Kay Ivey signed the measure into law. Interestingly, the bill was not only signed by a female governor. One of the primary sponsors of the bill was also a  woman, Alabama Representative Terri Collins, showing once again that white women often play a key role in their and our demise.

“‘This legislative session could turn out to be the most harmful for women’s health in decades,’” said Leana Wen, president of the Planned Parenthood Federation of America.

Dr. Wen is right.  The very next day, Thursday, May 16, 2019, the state of Missouri passed legislation enacting stricter anti-abortion laws to take control of the bodies of women in their state.

Experts believe that the Alabama abortion law was designed to be a test case to take on Roe v. Wade, the Supreme Court case which legalized abortion and made it a constitutional right in 1973. Some 21st-century legislators want new statutes to test Roe before Trump’s Supreme Court to see if they can get Roe overturned.

Where’s the fire?  U.S. Abortion Rates Are Down.

If anti-abortion fever feels “crazy,” it’s because it is fraught with contradictions. First, abortion is on the decline in the U. S. Most folks applaud this. Abortions are consequential procedures with far-reaching medical, religious (for many people), and emotional consequences.  Abortion is not a procedure that any thinking woman takes on lightly. 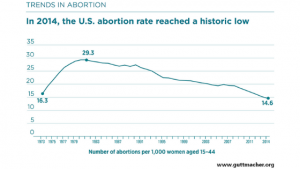 So, if abortion rates are falling, why are people still up in arms? Sorry, but it is not because they are determined to protect the lives of innocent children.  Many of the same legislators who are leading the pro-life crusade, readily squander the lives of innocent children in the U.S. via a failure to try to put an end to school shootings or cut epidemic levels of childhood poverty (among other things). No one is passing laws to take care of those challenges.

We can’t know for sure, but the focus on banning abortion seems to be about something else.  It seems like the biggest problem that some white folks have with abortions is that white women are having them at a time when white folks fear losing their power as a majority. If the abortion fight is about controlling birth rates and maintaining power, we need to know that. Because there may be no limit to what these folks will do.

Black Women Are Going to Get Screwed

White women’s birth rates aside, Black women will suffer the most from these new laws.  Here’s why:

Is the Pro-Life Movement, Slavery Under a Different Name?

Many folks think that the twenty-first century is different than the darker moments of our past; that’s a mistake because the past is not that distant.  It’s important to remember that during slavery, it was LEGAL to own, exploit, kill, rape, breed and otherwise control Black women. And while this inhumane period of legally enforced slavery ended in 1865, it was followed by another one hundred years of oppression.   The fact is that in the U.S., we’ve only had fifty years or less of oppressive history.

Legislating that women – – “must have that baby,”  including rape victims, is not only cruel, it is also like the dehumanization that Black women experienced only a few short decades ago.

Today, a woman in Alabama cannot have an abortion six weeks into her pregnancy.  Tomorrow, she won’t be able to use contraceptives. Who knows what might come after that? We must pay attention to what is happening and speak out when we disagree. If we don’t fight back, things won’t get better for other women or us; they will get far worse.

An Honest Look at the Personal Finance Crisis: Elizabeth White