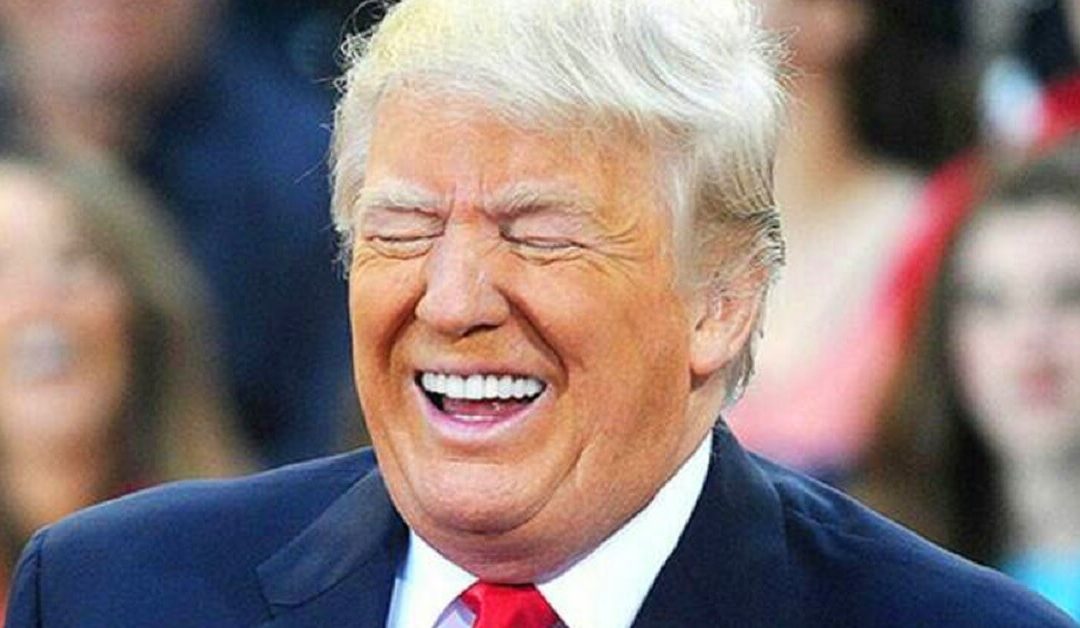 When Donald Trump was elected, given his pre-election racism, sexism and general disdain for others, I expected that he’d govern without regard to my rights, since I am a Black woman. It seemed like a given.  Wouldn’t the guy who hates everybody trade my freedom for his power, should the opportunity present itself? Fast forward to today, POTUS Trump has exceeded my expectations.  He hasn’t trampled on my rights per se (i.e. in the way that he has focused on terminating the rights of asylum speakers), rather the Trump administration and his friends here and abroad are threatening the freedom of every American by tearing our democracy apart. (Give the POTUS a high five for not discriminating!)  Here’s just some of the evidence:

The Mueller report confirmed that the Russian state interfered big time with the 2016 U.S. elections to help Trump get elected. Today, no one except illiterates and President Trump doubt this fact.  According to The New York Times, even the current head of the FBI, Christopher Wray, has warned that the Russians have major plans to interfere in the 2020 Presidential election.  Despite this fact, the Trump Administration hasn’t imposed any new sanctions on Russia.  Apparently, officials can’t even talk to the POTUS about Russian interference because he “gets mad” when the subject comes up. According to the New York Times, former Homeland Security Secretary Kirstjen Nielsen was told not to mention the subject to Trump because he’d go off his rocker. Even when Trump recently spoke to Putin for 90 minutes(!) about the Mueller report (which documents Russian interference), the subject of Russian interference did not come up!

The bottom line appears to be that we can’t count on the President to make things right but we can count on Russian interference in the next election. This is a gut punch to democracy.

There’s more! Last week the Attorney General testified before the Senate and falsely told the American people that the President of the United States has the constitutional authority to terminate any criminal investigation if he “believes” that he is being falsely accused.  Say what? This is poppycock.  The U.S. Constitution tells us that no one, including the President, is above the law, and until now everyone knew that.  Ask Richard Nixon.  Barr’s stunning statement could be a sign that the President intends to interfere with the federal investigations that concern him and his administration in jurisdictions like the Southern District of New York. Because the law can’t pin him in!

Also, this week the Attorney General refused to appear before the House, and Trump barred any members of his administration from testifying before Congress, despite Congressional subpoenas being issued for said testimony.  Friends, appearing before Congress is not optional once one has been subpoenaed. Congress represents us and is a co-equal branch of our government, which until now has acted as a check on the power of the Executive Branch.

Forgive yourself if you are in the dark about this activity because it really isn’t your fault. The Trump administration – unlike any other administration in recent memory – doesn’t regularly report on its’ actions to the press corps.  Remember: They feel that they don’t need to answer to anyone.  As of April 28, the White House Press Secretary had not held a press conference to tell the people what the administration is up to in 43 days, which set a new Trump White House record. According to CNBC, “the Trump administration has largely done away with press briefings because it does not want the press to publicly ask questions about what the administration is up to. In his first 18 months, Trump held fewer briefings than each of the five presidents before him.”

Friends, this is bad news.  Because, as they say at the Washington Post, “democracy dies in darkness.” When the Executive branch of government declares itself supreme and ignores the constitutional powers of another branch of government, we are on our way to a desecration of democracy and the loss of our freedoms.  Said more plainly, when white men start bending the knee to each other and declaring the President’s powers supreme, we are all in trouble.  Who knows what an all-powerful POTUS Trump will do?

There are at least two bright lights shining through all this darkness:

The fact that Senator Harris (and others like her) will ask the hard questions, is part of what will save us and our beautiful country.  As I often heard growing up, “the truth is the light shining in the darkness.” In order to make our way out of this darkness, it’s up to us to seek the truth now to bring in the light.

The Racist Roots of the Pro-Life Movement