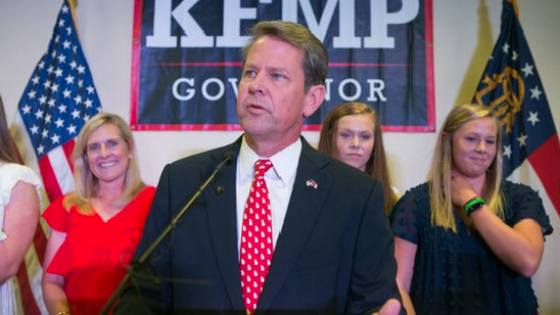 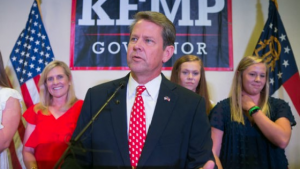 It is not mere coincidence that 80 percent of the registrations on hold belong to Blacks, Latinos, and Asian Americans. That’s why the campaign of Kemp’s opponent, Democrat Stacey Abrams, has called for him to resign immediately as secretary of state. It’s also why a coalition of civil rights organizations decided to sue him on Thursday. As reported by The Washington Post:

The lawsuit, filed Thursday by the Georgia State Conference of the NAACP, New Georgia Project, Asian-Americans Advancing Justice — Atlanta and others, comes on the heels of an Associated Press report Tuesday that revealed 53,000 voter applications were on hold in Georgia because of the “exact match” law. While only 32 percent of Georgia’s population is Black, the voters whose registrations were on hold were 70 percent Black, according to the AP’s report.

Apparently, Kemp thinks that Georgians (and the rest of America) are stupid. He’s denying that any wrongdoing has taken place and is calling this a political ploy by Abrams. 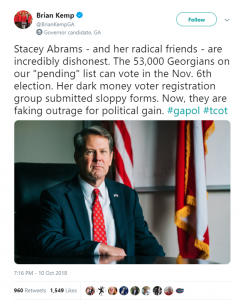 By “dark money voter registration group,” Kemp is referencing The New Georgia Project—an organization started by Abrams in 2013 to register nearly one million eligible non-registered people of color to vote. Abrams is no longer affiliated with the organization but it’s amusing that Kemp is referencing political gain. After all, it is he who has much to gain from disenfranchising voters, not Abrams. In fact, he’s been working on this plan for a while. Over the last year alone, he’s purged more than 750,000 voters from the rolls. And he’s been sued before over this very issue. From 2013 to 2015, “exact match” practices led to the cancellation of 35,000 voter registration applications. Seventy-six percent of those belonged to people of color. See a pattern emerging here? Brian Kemp is using his power, position, and any means necessary to try to keep people of color from having access to the ballot box.

Who knows what will happen while this plays out in court. Though voting rights activists say that Kemp’s law is contrary to federal law, we also know that the Supreme Court seems to think that voter suppression in the South is no longer an issue. That’s why they ruled to gut key provisions of the Voting Rights Act in 2015—including the requirement that certain states and local governments get federal approval before changing voting laws or practices. This means it’s an uphill battle for the right to vote and suppression is allowed to be just as rampant as it was in 1965.

But in the meantime, it’s important that everyone who can vote gets out and does so. That includes those folks whose registrations are on hold. They can still go to the polls and cast provisional ballots—as long as they have a recognized form of identification which includes: a valid state or federal issued government ID; a Georgia driver’s license (even if it’s expired), a valid employee photo ID from any branch, department or agency of the U.S. government, the state of Georgia or any county, municipality, board, authority or other entity of Georgia; a valid passport; a valid U.S. military ID; or a valid tribal photo ID. This race is at a statistical tie and every vote counts. This won’t solve the problem of voter suppression long-term. But, hopefully, it’s one step toward making sure that Brian Kemp and Republicans are not allowed to steal this election from Georgia voters.

This post originally appeared on Daily Kos and was written by Kelly Macías.

On Opening the Doors of the Entertainment Industry: An Interview With Brenda Robinson, Esq.

Sorry to Bother You Highlights the Role of Black Women as Revolutionaries [SPOILER ALERT!]