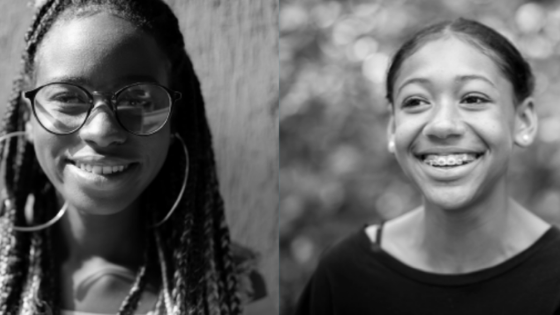 A 2017 study by the Georgetown Law Center on Poverty and Inequality told many of us what we already knew: Black girls are seen as less innocent and more adult-like than their white peers. While this phenomenon, called adultification, can be observed across all age groups from 0-19, it is most prevalent among ages 5-14. The results are heartbreaking. Responses to a survey indicated that people perceived that Black girls need less nurturing, protection, support, and comfort than their white peers. They also believed that Black girls know more about adult topics, including sex.

These perceptions of Black girls as “grown” and “fast” are bad enough. But they also lead to serious consequences as they reveal what the study authors identified as “a potential contributing factor to the disproportionate rates of punitive treatment” when it comes to Black girls in educational settings and juvenile justice. In other words, these perceptions are part of the reason that disparities in school discipline exist. Black girls are 2-3 times more likely to be disciplined for disobedience, disruptive behavior, fighting, and bullying than white girls—even when they do the exact same things.

Recently, the study authors released another report on adultification. This time they spoke with Black women and girls about their experiences. They conducted focus groups across the country with participants ranging in age from 12-60+.

Here’s what they learned:

What do we do about all this? Well, as per usual, Black women and girls have an answer to the problem. The same focus group participants identified specific solutions to overcoming adultification bias against Black girls. They said that the way to fix this is to build awareness and commit to action; engage educators in cross-cultural competency and gender responsiveness training; train school authorities on communication and help school officials learn and understand developmentally appropriate communication techniques.

But all of this can be boiled down to eight simple words: See Black women and girls as human beings.

Everyone has biases, including Black women and girls. That’s not how we are born but it is how we are raised and socialized. Still, Black women and girls deserve better than this. We deserve to be seen like any other human beings in all of our complexity. We have thoughts, feelings, opinions, and experiences like anyone else. And we should be seen as people rather than caricatures of human beings who are always angry, sexually promiscuous and defiant against authority. But if all else fails, and people simply can’t see us as individuals and not stereotypes, we can always demand one more thing. Treat us like you treat white men and boys.  Lord knows they stay winning. And if there’s any group of people that deserves to win, it’s definitely Black women and girls.

On Driving Corporate Social Responsibility and Being a Powerful Voice for Change: An Interview with Arlene Isaacs-Lowe