Leveraging the Power of Black Women 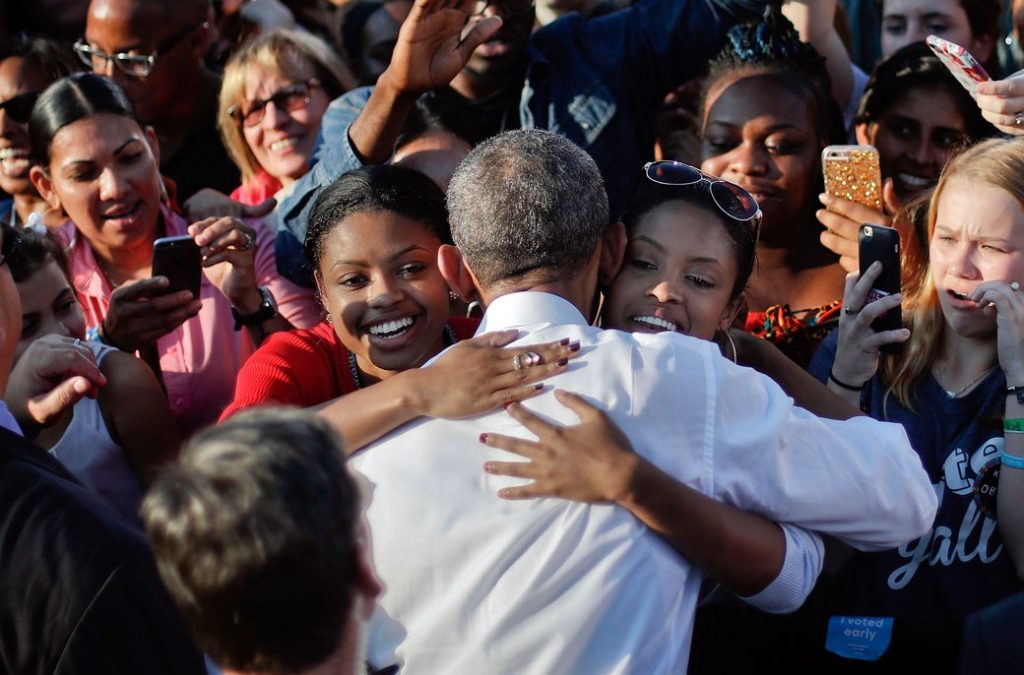 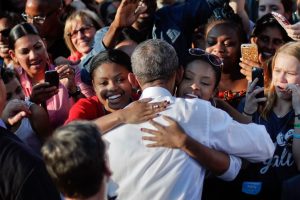 The post originally appeared on Center for American Progress and was written by Jocelyn Frye and Michele L. Jawando.

On the eve of the 2016 presidential election, pundits and political watchers opined on whether the Obama coalition—the multiracial, multiethnic, cross-class coalition made up of African Americans, Latinos, women, young people, professionals, and economically populist blue-collar whites—would once again come together to elect the first female president in U.S. history. As the results began to crystallize that the pursuit of the highest, hardest glass ceiling for women had yet to be shattered, the assessment of what happened predictably focused on the preferences and attitudes of one segment of the coalition: the white, mostly male, working-class voters who stayed home or voted for the other candidate.

Inspecting the lives of so-called Obama-Trump voters—referring mostly to the white voters who supported former President Barack Obama in 2008 and 2012 and voted for President Donald Trump in 2016—took center stage. The perceived anger and neglect of these voters emerged as the primary thesis of the 2016 post-election assessment. Very little analysis focused on another important side of the equation: the decreased turnout rates among African Americans, specifically African American women, the most consistent and traditionally reliable block of Obama supporters. In 2012, 36 percent of blue-collar white voters voted for Obama, compared with more than 95 percent of black female voters.

While gaining a clear understanding of the 2016 election results requires a thorough examination of each facet of the Obama coalition, taking a closer look at its most reliable members—black women—is critical.

The Power of Black Women and the Work that Remains

Black women are a powerful force in the American political system. In 2008 and 2012, they turned out to vote at higher rates than any other demographic group, playing a decisive role ushering in new candidates across the country. Black women’s civic participation embodies the stated ideals of the nation’s participatory democracy: They consistently recognize and value the importance of being politically active and engaged in order to effect change in their communities. At the same time, the civic engagement of black women too often does not result in concrete policy changes that are responsive to their needs. While black women are always expected to turn out and provide support, the public narrative about women—and more importantly about what women need—frequently focuses on white women, typically those with economic resources.

The unique experiences and challenges of black women, shaped by the intersection of race and gender, are commonly overlooked, rarely prioritized, and effectively rendered invisible. Thus, black women are still shockingly underrepresented in critical positions of power and influence—where decisions are made about which problems are addressed, which policies are adopted, and which communities are served. In 2016, black women gained 14 state legislative seats and constituted 20 percent of the freshmen women in Congress. While they have overcome systemic barriers and gained ground every political cycle, their representation still lags woefully behind: Black women comprise 7 percent of the U.S. population, yet just 5 percent of federal judges, 4 percent of mayors in the nation’s 100 largest cities, and 3 percent of members of Congress and state legislators.

Key Numbers From the 2016 Election

In 2016, pundits and political strategists expected black women to continue their historical trends by voting in large numbers. They gave little attention to the persistent underrepresentation and long-standing disparities that have limited black women’s opportunities, economic stability, and overall well-being. Nor was there a focused public conversation about the need to engage black women voters directly with a targeted message that put forth specific policies to improve their everyday lives. To the surprise of these experts, turnout among black women plummeted from more than 70 percent to just 64 percent. Although black women still outperformed almost all other voters, with their turnout percentage slightly behind the turnout of white women, the decline was dramatic and—in some instances—pivotal.

A key takeaway from the election results is that lawmakers seeking the support of black women cannot afford to take them for granted. Lawmakers must be proactive and intentional to understand and address the challenges that black women face, including the barriers and biases that limit their opportunities and the disparities they experience in local communities. Policymakers must develop constructive solutions to address such concerns, in order to improve the status of black women and advance policies that promote stability, opportunity, and prosperity across the nation.

The critical issues that black women must overcome are wide-ranging, from a lack of economic opportunity to inadequate access to health care, housing, education, and criminal justice. For example, black women continue to face an appalling and exploitive wage gap that perpetuates poverty and stifles economic mobility. On average, they earn 34 percent less than white men with the same education, experience, marital status, and region of residence. One study found that when women enter traditionally male-dominated fields, the average pay for those occupations declines, even after controlling for education, work experience, and geography. Furthermore, black women suffer from a range of health disparities, including high rates of asthma, fibroids, and breast and cervical cancer mortality. Despite these systemic and often intergenerational challenges, black women continue to demonstrate a greater trust in government and belief in its potential to serve as a catalyst for upward mobility than other demographic groups.

Unfortunately, voter suppression and deceptive practices are also a persistent and familiar theme in American democracy, which disproportionately affects black women who participate in elections. In 2012, black women reported transportation challenges, inconvenient polling places, long lines, and voter ID requirements as barriers to voting. These problems persisted and expanded ahead of the 2016 election. By November, 17 states adopted new voting restrictions, such as strict voter ID requirements and reduced early voting opportunities. While some of these laws were struck down for unconstitutionally targeting people of color, 14 were still in place on Election Day.

At the root of these problems is a fundamental resistance to discussing race and gender—and their unique intersections—directly, as well as a failure to address persistent and poisonous narratives about black women, race, and class. To develop truly responsive policies and protect against voter suppression, policymakers must confront each of these issues head-on. We must recognize and reconcile our biases, working across our divisions to create policies that benefit historically oppressed communities. This, along with meaningful conversations about empowering black women and leveraging that power, will ensure that the future of the United States is fairer and more prosperous for all.