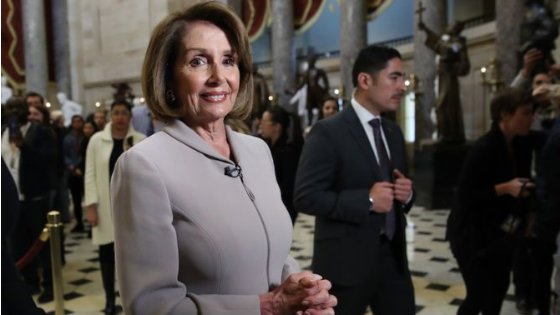 The longest government shut down in our nation’s history is over – at least for now.  On Friday, January 25th, 2019, Trump signed a bill to fund the government through February 15th, while negotiations continue over border security. “Partisanship,” he said, “has been put aside for the good of the American people.”  That’s a new approach!

Now that the worst of the shutdown is currently over, it’s worth looking back to see if there are any lessons that we can learn from this experience.

Sometimes the majority rules – even in the age of Trump.

For two years, Trump failed to request funding for a border wall from the Republican-controlled House and Senate and nobody said anything! Then, as soon as there was a Democratic majority in the House, Trump insisted on border wall funding NOW.

But the problem is that most citizens don’t want the government shut down over a wall and blamed Trump for the whole mess.  Similarly, unpaid workers DO NOT appreciate being held hostage by the President. Thus, there was no call to Congress to fund it.

In the end, that’s why Trump’s bullying tactic didn’t work.

The new funding deal does mean that some government employees will receive much needed and deserved back pay.  However, it does not include funding for a border wall.

Our votes matter! This Congress is a check on Trump.

The newly elected Democratic Congress knew that if they caved and gave in to Trump’s demands, it would set a terrible precedent.  1) He’d shut down the government again when he doesn’t get his way, and 2) They’d lose their leverage and bids for re-election.  So, guess what?  They didn’t cave.

Under the able leadership of Speaker of the House, Nancy Pelosi, the Dems stayed together and stayed strong.  Speaker Pelosi was crystal clear about her negotiating terms and refused to even talk about funding for a wall with the shutdown in place.  Further, she told the President that he could no longer hold his State of the Union address in the House Chamber.  #Wow!

Lesson learned: When the Democrats stay together, they can win.

You never know when your boss will stop paying you.

During the shutdown, 800,000 federal workers were furloughed or worked without pay; they went without two paychecks. It’s also important to note that many low-paid (Black and Brown) federal contract workers, who are cleaning women, janitors, and security guards were also shut out of work.  However, because they get paid by companies that contract with the government, they will never recover their lost wages.  That’s a tragedy.

The unfairness and insanity of the shutdown aside,  it is deeply disturbing that not being paid for a month was economically devastating for so many workers and their families.

Far too many Americans live paycheck to paycheck – even many of us, who have means.  And that’s a huge challenge.  None of us wants to be in a position where we can’t put food on the table because the money has run out. (Remember Sandra Bland?  She ended up dead because she couldn’t post $500 in bail.)

Lesson learned:  Regardless of where we work, we can’t count on our employers for steady income.  We must try to protect ourselves by generating savings.

The powerful always get paid.

Let’s not forget that not everyone went without a paycheck during the shutdown. The most powerful government workers, like the President’s cabinet and other administration officials, including the Vice President, our representatives, and senators, ALL continued to receive their paychecks.  Some members of the administration even got a $10,000 raise while workers went without.  While Trump has publicly given away his salary, most of his cabinet and staff weren’t as charitable.

Can crises bring us together?

Toward the end of the shutdown, we saw many people in great need. Folks who never thought they would have to rely on charity reached out for help.  They went to food banks, participated in drives to feed each other, attended churches and public forums and otherwise came together to get through a very difficult time.

Unified workers protested nationwide and called their representatives to demand that they figure out a way to re-open the government.  Perhaps we are entering a new age of resistance and #HOPE.

No crisis is over until his term is over.

The government is re-opened for now. Trump signed legislation to fund the government, but he also said that if he doesn’t get a fair deal on border security he’ll take any action necessary!

We know he means it, but we also know that the Dems and Rep. Pelosi aren’t to be trifled with.  We’re waiting and watching while we try to just enjoy the next 3 weeks.

Lesson learned: No one in America is safe until Trump is out!

On Using Data to Improve Black Lives: An Interview with Yeshimabeit Milner