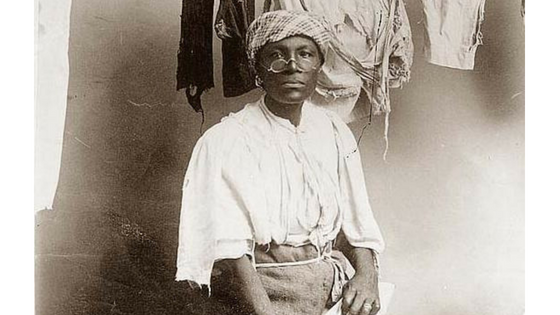 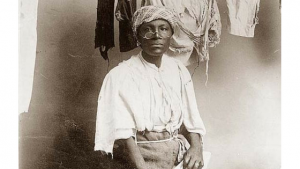 This post was co-authored by Ayris Scales, executive director of the Washington, DC, Office of Partnerships and Grant Services and president of the National Coalition of 100 Black Women Inc., Metro DC Chapter.

Every summer, in addition to celebrating Independence Day on the 4th of July, we have the opportunity to celebrate Juneteenth on the 19th of June.  It’s the oldest known holiday commemorating the ending of the physical enslavement of Black people in the United States.  According to Juneteenth.com, on June 19, 1865, “Union soldiers, led by Major General Gordon Granger, landed at Galveston, Texas with news that the war had ended and that the enslaved were now free.”

Although the Emancipation Proclamation went into effect in 1863, it took more than two years for the good news to be delivered to the folks in Texas. No matter. According to Wikipedia, “formerly enslaved people in Galveston rejoiced in the streets after the announcement … The following year, freedmen organized the first of what became the annual celebration of Juneteenth in Texas.” We bet they did.

It’s been over 150 years since that first Juneteenth celebration, but are Black women really free? This is the question we set out to address. And if the answer is “no,” what can we do to finally make freedom ring for Black women?

What does it mean to be liberated, emancipated, or free? 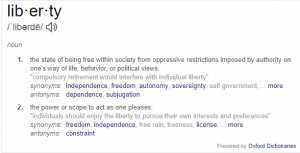 Freedom or liberty can be defined as “the state of being free within society from oppressive restrictions imposed by authority on one’s way of life, behavior, or political views” and “the power or scope to act as one pleases.”

While outcomes for African American women and men have certainly improved since slavery—we get paid for our labor, we can enter any establishment, we can marry, vote, and own property—it doesn’t take a genius to know that there is much more work to be done for us to be truly free. From skyrocketing incarceration rates to stark wage inequality, Black women are struggling.

If we are ever going to “chart our own destiny” or “act as we please,” we’ll need an intervention. Specifically, we need more economic resources, better political representation, and the ability to control the rhetoric about our lives. By securing these assets, we can become free.

According to the Center for American Progress (based on data from the Bureau of Labor Statistics), “African American women participate in the labor force at a higher rate than women overall and at a higher rate than white, Asian American, and Hispanic women.” In addition, we are outpacing other demographics in the attainment of bachelor’s degrees. And we are starting businesses at higher rates than any other demographic. Unfortunately, our hard work is not translating into strong economic outcomes, especially when it comes to building wealth.

Wealth—what you own minus what you owe—is critical for having power over your life. It’s the ability to weather the ups and downs of the job market and get a degree or go back to school. Wealth also allows you to start, invest in, and grow your own business; retire comfortably; and pass something on to the next generation. In short, wealth is opportunity, agency, and peace of mind.

“You find first-generation, even second-generation African-American and Latino households that have professional jobs and are making ‘middle-income money’—but they have the wealth of a white high-school dropout … They’re not truly part of a middle class—which would mean financial stability, money to weather challenging economic situations, or money to invest in the economic opportunities of their children.” — Dedrick Asante-Muhammad, Senior Fellow, Racial Wealth Divide, Prosperity Now

According to the Asset Funders Network report Women and Wealth—Insights for Grantmakers, single Black women have median wealth of $200. 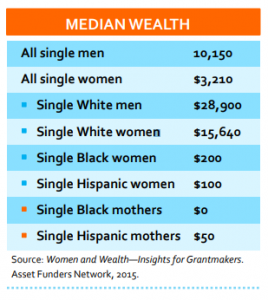 And the terrifying fact is that, since the great recession of 2008, we’re actually going in the wrong direction. According to The Road to Zero Wealth, by Prosperity Now and the Institute for Policy Studies, “while households of color are projected to reach majority status by 2043, if the racial wealth divide is left unaddressed, median Black household wealth is on a path to hit zero by 2053 … In sharp contrast, median White household wealth would climb to $137,000 by 2053.”

The good news is that we know how to solve this enormous challenge, and the first step is putting homeownership within reach for more Black women.

According to The Road to Zero Wealth, homeownership is the key wealth-building tool for Black women. Thus, enacting policy reforms to incentivize and provide down-payment assistance to Black women should be central to any Black woman’s economic policy agenda. Read the report to learn more.

Other key income and wealth-building policy interventions include significantly raising the minimum wage, passing the Paycheck Fairness Act, enacting progressive tax reform, and addressing predatory lending practices designed to strip our wealth. For an in-depth overview of some of the key policy interventions that we can support to put more money in our pockets and help us to build a nest egg for the future, check out Closing the Women’s Wealth Gap, Systematic Racism: How America’s Structural Racism Helped Create the Black-White Wealth Gap, and Women, Race and Wealth.

Like it or not, in the U.S. today, our economic freedom is closely tied to political representation or lack thereof because people who make the rules have enormous control over our lives. Thus, increasing our political influence is critical to our economic liberation.

You won’t be surprised to learn that Black women are still significantly underrepresented at all levels of government. In fact, according to a new study by Higher Heights, only 38 Black women have served in Congress since Shirley Chisholm became the first Black woman elected to Congress is 1964. 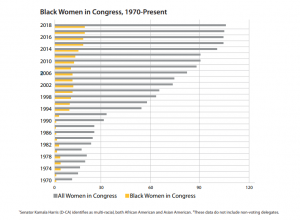 That said, recent elections are proof positive of the power of our vote and the wins we can achieve when we organize, mobilize, and act together as a collective. From Stacey Abrams’s recent primary win in the race for governor of Georgia to the electoral victory that Black women achieved for Doug Jones in the Alabama special election, Black women are a potent political force.

In order to achieve more political power, we need to continue to be fully engaged in the political process. This includes voting in every election and fighting hard to expand and protect our right to vote. In addition, we must continue our hard work to get more folks to the polls by raising money, knocking on doors, and donating to candidates. Next, we need to run for office and help other women and men who support our agenda to run too. To learn more about what it takes to run for office, check out The Brown Girls Guide to Politics, She Should Run, and The Collective.

Once our candidates are in office, we can’t let up. It’s up to us to keep their feet to the fire and ensure that they follow through on their campaign promises. Regardless of party affiliation, we must make elected officials, at every level of government, address our concerns.

Finally, we can start advancing our political power and representation by being actively engaged in the research, development, and passage of our own public policy agenda.

Changing the rhetoric about Black women and controlling our own narrative

“It’s imperative to show how a turn of phrase or a misplaced photo has real consequences for people at the margins who are still suffering under the weight of unfair and biased representation.” — Alexandra Bell, artist

Roseanne Barr’s recent vulgar attack on Valerie Jarrett, former senior advisor to President Obama, reinforces something that Black women have long known. In addition to the economic and political barriers we face, racist stereotypes and slights also keep us down.

Calling Black women “apes” is more than a bad joke. Racist slights are a form of propaganda designed to dehumanize us and legitimize our oppression.

While it is tiring to confront and react to racist stereotypes, we must challenge false narratives and create new “stories” of our own.

The good news is that the ubiquity of the internet, cell phones, and cameras has made it possible for millions of Americans to become reporters and producers of our own media. And our witness is changing the national discourse. From the Black Lives Matter movement to the backlash against Starbucks, we now have the tools to influence the stories told. More important, we have the ability to produce our own narratives.

It’s hard to imagine what it must have been like in 1865 when soldiers marched into town and set the slaves in Texas free. It must have felt like a miracle.

But as we’ve shown above, according to the full definition of the word, Black women still have a long way to go to achieve liberty in the United States. The fact is that two hundred plus years after the Declaration of Independence and 153 years after the liberation of slaves, far too many Black women are still in chains.

On this Juneteenth, in addition to enjoying your barbecue, take action to make freedom ring for Black women. Push for the policy changes, political representation, and economic reforms that we need to build a world where we can finally be free. And, let’s keep telling the stories of our lived experience. Together, we can finally realize our right to life, liberty, and the pursuit of happiness.

1863 – Emancipation Proclamation, which did not carry the force of law until 1865, grants freedom to slaves in Confederate states

1954 – Brown vs. Board of Education makes school segregation illegal

On the Power of Public Policy to Change Lives “Millions at a Time”: An Interview with Natasha Murphy