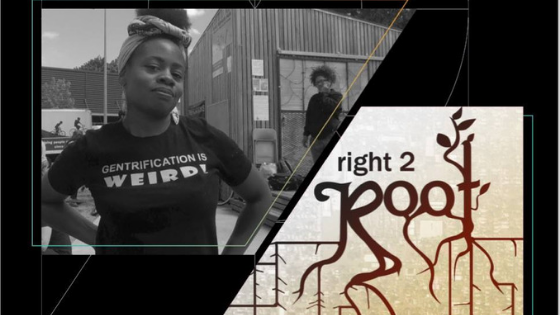 Proponents tout its positive influences on communities, like higher incomes, lower crime, and better schools.  Critics posit that gentrification reduces affordable housing stock, raises property values and drives up property taxes and the cost of living. It can also accelerate the displacement of Black people and Black culture.

Washington, DC is one of those cities.  According to NCRC’s analysis, it is considered one of the most gentrified cities in the U.S.  Once fittingly known as “Chocolate City,” Black people still make up almost 50% of the population in Washington, DC, but depending on where you visit or live in the nation’s capital, this may be hard to believe.  Many DC neighborhoods that were predominantly Black have gentrified and this has fundamentally changed the demographics of some DC neighborhoods.  For example, in 2013, a friend of mine was renting a modest two-bedroom apartment (with a roommate) in the Shaw/Howard neighborhood for $2,500/month. By the end of 2015, his building was torn down and rebuilt as a three-flat condo with an asking price of $1 million per unit. In his case, an already expensive rental unit was transformed into luxury condos and residences for the elite. He was forced to move. Unfortunately, cases like his, are far too common.

A few blocks away, the U-Street corridor has been home to Go-Go music—and its legends, like Chuck Brown the “Godfather of Go-Go”—since the 1970’s.  But its musical identity and culture are changing as the surrounding neighborhoods continue to shift. For example, a Metro PCS store on the corner of 7th St. and Florida Ave, NW, known for pumping lively Go-Go beats outside its storefront, has been under fire from new inhabitants complaining about the music. Thousands of local residents and local political leaders, including DC Mayor Muriel Bowser, have responded with the #DontMuteDC campaign.   Loud music may seem like a simple nuisance to people who don’t understand, or value, the history and culture of a neighborhood. But for incumbent residents, music can be an emblem of home.

Cat Goughnour, founder, and principal of Radix Consulting and author of Portland, Oregon: Displacement by Design, takes the displacement and cultural loss created by gentrification seriously.  She recently published Right 2 Root—a community-led planning approach. It is designed for community members affected by displacement and gentrification, to work with progressive firms to become architects of their own lives, communities, families, and futures.

In Right 2 Root she describes the impacts of serial displacement on individuals and communities as root shock. Dr. Mindy Fullilove, professor of urban policy and health at The New School, defines root shock as “the traumatic stress reaction to the loss of some or all of one’s emotional ecosystem [resulting from] a natural disaster, development-induced displacement, war, and changes that play out slowly such as those that accompany gentrification.”

Right 2 Root details the impacts of root shock on the health of Black residents in Portland, which include loss of a sense of belonging/sense of place; chronic stress, depression and low self-esteem; disempowerment, powerlessness; decreased social support; and poor/maladaptive coping skills.

The way Goughnour sees it we have to do more to maintain the identities of communities facing gentrification. First, we need to provide access to affordable housing. Second, we need to ensure that lower-income residents have the opportunity to earn more money. While changing housing policy is an arduous and long process, investing in Black women entrepreneurs is a strategy that we can implement today. Goughnour envisions a community and business laboratory to incubate more Black women-owned businesses–space where Black women and their families can collectively vision, collaborate and build community together.

For Goughnour, the impacts of gentrification are familiar and personal.

“We migrated from rural Oregon into the Black community in Portland in 2002, where they had started an urban renewal process in 2000. Transit-oriented development drove a focus on investing in places, not people. People began disappearing as development increased. Nearly 10,000 residents had been displaced by the 2010 census. The same year that data was released, my mom and I lost our house. It was the first home our family owned.”

While policymakers and developers stimulate gentrification, we must prioritize preserving and investing in people and culture within a community as an asset, rather than an afterthought, to support the resilience of that community. Black and Brown folks have a right to root and live in communities where they and their cultures can thrive.

On Empowering Black Girls to Dream Big: An Interview with Kára McCullough