On Addressing the Economic Anxiety Facing All of Us: An Interview with Malaika Jabali 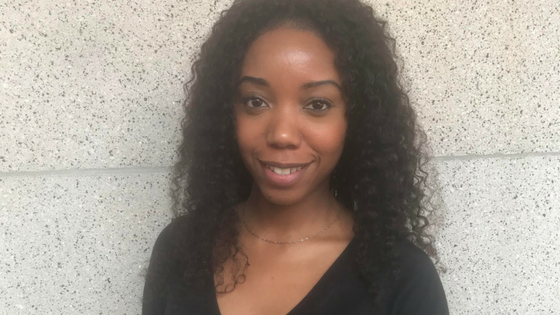 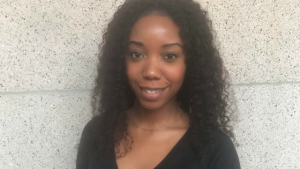 This week, we were thrilled to catch up with Malaika Jabali, contributing writer for Essence, Cosmopolitan, The Root, and Glamour. Jabali is also an activist and a practicing attorney in New York City.

Me: How did you become a writer?  Has that always been your call?

Malaika: No. I’ve always loved reading.  And I double-majored in English and African-American studies, which was smart because I had the opportunity to read incredible material.  But writing was not my first creative outlet and my path to becoming a writer was not straightforward.

Malaika: I was actually a child actress and always assumed I’d have a career in theatre or film. I’ve also always wanted to do something to benefit Black people.  I really love Black folks!

Malaika: But what that looked like has evolved over time.

After I graduated from college and finished grad school, I got into my dream law school – Columbia University.  But law school was my back up plan.  My first goal was to dance and act.

Malaika: I deferred my enrollment for two years to make a go of my acting and dancing career.

Me: How was that?

Malaika: It turns out that being a backup dancer for Beyonce is much harder than getting into law school!

Malaika: When I did start law school, I tried to continue performing and dance training but realized that I just couldn’t balance both careers.  I was writing and reading for law school and I started writing for pleasure too.  It became the creative outlet I need.  Also, unlike other hobbies, writing is FREE.  That was another plus!

Me: That’s a great story.  You probably get this question all the time but who is your favorite author.

Malaika: Yes, he combines consciousness with irreverence and humor.  That’s what I aspire to do as well.

Me: I love the piece you wrote for Very Smart Brothas – Dear White People Who Believe They’re Victims Of Racial Oppression: You Are Wrong and You Are Dumb!

Malaika: Thanks.  As you can tell, I was a bit angry that day.

Me: Haha.  I know you’ve also written for For Harriet.

Malaika: Yes.  I’m not a trained journalist.  So, for about a year or so, I pitched my stuff to everyone.  My first published piece was for a beauty website.  They were looking for an article about natural hair and I thought, I can write that.  For Harriet was also one of the first outlets to publish my work.

Me: What are you working on now?

Malaika: Well, I can’t share everything because I’m waiting for it to be published, but I just finished a significant piece.

Malaika: I’ve been doing research to understand the link between the economic anxiety facing Black folks and our political participation or lack thereof in the 2016 election.

Malaika: There’s been so much talk about the role that economic anxiety played in the turnout of white working-class voters but very little attention has been paid to how economic anxiety affected our turnout.

Me: And with only $200 in median wealth for single Black women, we’ve got a lot of anxiety to contend with.

Malaika: Right?  Capitalism creates problems for all of us.  I’m trying to understand how the economic challenges facing Black communities impact our civic engagement.

I went to Wisconsin to do my research.  Milwaukee has a significant Black population and the state has also seen the steepest decline in voter turnout in the country.  Black voter participation in Wisconsin went from about 78% in 2012 to about 47% in 2016.  I want to understand why.  Black folks in Milwaukee are also experiencing some of the highest poverty and unemployment rates.

It’s weird because when we talk about the Rust Belt, we don’t think of poor and working-class Blacks but we’re there too.  And frankly, we’re saying the same things that poor and working-class whites are saying.  Where are the jobs?  How am I supposed to make ends meet? But the candidates aren’t adequately speaking to those economic anxieties.

Me:  I think that the Republicans do a better job of crafting short, pithy narratives about how the world works. For example, they told white working-class voters that immigrants were stealing “their” jobs.  We all know that it’s a lie but it is a clear story.

Malaika: That’s right.  And the national Democratic party leaders didn’t even show up to talk to or learn from voters after the primaries in Wisconsin.

Me: Ugh. So how are we going to get folks out this November?  Do you have any thoughts?

Malaika: We’ve got to find candidates that excite people and that can speak to identity.  But we also need strong economic messaging.  We need candidates who can speak to the systemic issues people are facing when it comes to jobs, education, and more.  This messaging is important to people in Black, Brown and poor White communities.

People forget that Barack Obama was called a socialist.

Malaika: I don’t think that’s a bad thing.  You have to have the economic messaging that people want to hear.

There is a woman running for Congress in New York (District 14).  Her name is Alexandria Ocasio-Cortez.  She has so much energy behind her.  And it’s because she is talking about job guarantees, universal basic income, and single payer healthcare.

Me: That’s powerful.  I think that one of the biggest challenges with the Democratic party is that they aren’t bringing bold solutions to the incredible economic anxiety, as you call it, that we are facing.  The policy proposals I’ve seen are tepid at best.

Malaika: That’s a great word for it.  We have Trump talking about building a wall, which is just ridiculous and won’t help anyone.  Can we be encouraged to come up with some bold policies that will actually do some real good?

Me: Agreed.  Let me ask you the Miracle Question.  You go to sleep tonight and wake up in the morning and it’s June 2019 and the miracle has occurred for Black women.  What happened?

Malaika: We have wealth parity.  We have a new economic system that is working for the masses of people.  Regarding Black women, we’re in more positions of power at every level of government.  We’re also serving as district attorneys and judges.

But we’re doing it with a progressive and radical mindset. Because as my godfather always says, “It’s not just about the complexion, it’s about the direction.”