On Advancing Black Women in Economics: An Interview with Anna Gifty Opoku-Agyeman 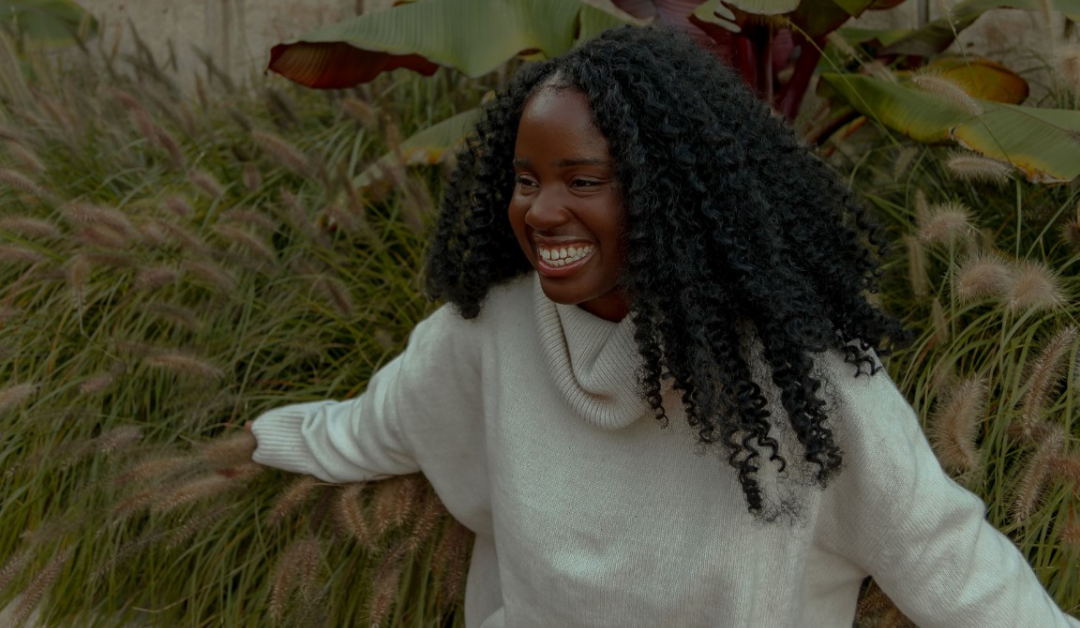 Our BlackHer Shero of the Week is Anna Gifty Opoku-Agyeman, co-founder of The Sadie Collective, an organization dedicated to addressing the pipeline and pathway problem for Black women in economics and related fields.

As I reviewed the Sadie Collective’s website, I was really impressed! For those of us not in these fields, can you help us understand why the lack of diversity of Black women in economics and  STEM (science, technology, engineering, and mathematics) and data sciences is an important issue? And what do we need to know about it?

Black women not being in economics and STEM is a question of not being able to really tap into power. There’s power in numbers. Economics is a prime example of that: when people think you have a good grasp of the numbers, they take your advice. More Black women being in economics and STEM is critical to showing that we have the ability to do these things. One thing that BlackHer Shero Janelle Jones once said is that when we talk about the economy recovering, we have to ask, “Who is it recovering for?” If you have a bunch of white guys saying that the economy is recovering, because it is for them, they tend to think that it applies to everybody. Obviously, that’s not true. Having Black women at the forefront and center of those conversations is critical to ensuring that our human dignity is honored—in the numbers and beyond.

What really stands out to me is when you said that being able to tap into numbers allows you to access power. What would be different if we were more represented in these fields?

We want to bring in people who are lifting as they climb, not those who think it begins and ends with them. Our being there should have some effect that allows the next generation to push things further. I’ve been lucky that, in my corporate experience, I’ve been around Black women who are very much about bringing many people in and making sure that they are being seen.

If you are centering yourself only, that’s not useful or helping the cause at all—even if it is very progressive work that you are doing.

That is so true! So, tell me, what specifically does the Sadie Collective do?

The Sadie Collective was named after Dr. Sadie T.M. Alexander who was America’s first Black economist. She also made history as Pennsylvania’s first Black female lawyer. We are a non-profit organization that uniquely addresses the lack of representation of Black women in economics, data science, policy, finance, and banking. We want to ensure that more Black women get into these fields because the quantitative sciences are the backbone of powerful institutions in this country.

If you think about the 2008 financial crisis, nary a Black woman was in the room when they were making decisions about Black and Brown communities experiencing foreclosures and predatory lending. We don’t want anything like that happening again. We know that when crises happen in this country, they disproportionately impact Black people and, more specifically, Black women. We are seeing that right now with the pandemic. Black women’s unemployment rate is astronomically higher than the unemployment rate for white women. A lot of Black women are the primary earners in their households, and we are the backbone of the labor market. We can’t afford not to be centered in the economy.

The Sadie Collective wants to get more of us in the room—not to just be present, but to fundamentally change the conversation.

That makes so much sense, especially the reference to the 2008 crisis and how all these decisions were being made about Black families and communities without Black women being in the center of the thinking, decision-making, or even present at the table. How do you think COVID-19 will impact Black women’s presence in data sciences?

COVID-19 has brought up a conversation that Black people have been having forever—that racism is systemically intertwined into the fabric of America and we have to start addressing it. This is not new to us, but well-meaning white people are now on board. There was a recent Atlantic article that said that the majority of Americans are against racism for the first time, ever!

When I think about the question of Black women in STEM and data sciences, I believe there are two forces going against each other. We are seeing major institutions saying that they need more diversity, including more Black people in their organizations. They are launching initiatives and partnering with organizations like The Sadie Collective to achieve that. At the same time, you have COVID-19—which is wreaking havoc on the job market, the educational system, and how people are being trained. Black women are bearing the brunt of this economic and health crisis. The question then becomes: how are these organizations that claim they want more diversity addressing the systemic issues that will inevitably affect the pipeline and pathway for Black women?

So many of these organizations claim to be committing millions to fight racism. But what does that really mean? Are they using their power to ensure equity both within their institutions and in society?

You are so right! All summer long, in the wake of the murders of Breonna Taylor and George Floyd, and the increased Black Lives Matter protests, I kept getting emails from organizations saying that they were listening to Black people. I couldn’t quite figure out what that meant! It’s fascinating how you connect that to COVID-19 and the detrimental impact all of this will have on Black women.

Exactly! Black women are the ones who show up for everybody. When we show up for ourselves, we inevitably create change for everyone else. I think a lot of institutions are trying to save face because they don’t want to be the next organization trending. These viral controversies damage brands. So, they want short-term fixes to make it look like they are trying. But, hiring a Black woman Chief Diversity Officer alone is not sufficient.

This is what inspires my own work. I’m interested in becoming a researcher in economics and I want my work to critically examine what it means to actually build a pipeline and pathway for Black women. This is not studied well enough.

Let me ask you the miracle question: You wake up tomorrow, it’s December 2021 and a miracle has occurred for Black women. What happened?

On Writing as a Form of Healing and Activism: An Interview with Nadia Owusu

On Centering Black Folks in the Policymaking Process: An Interview with Jessica Fulton