On Being Great by Serving Others: An Interview with Arva Rice 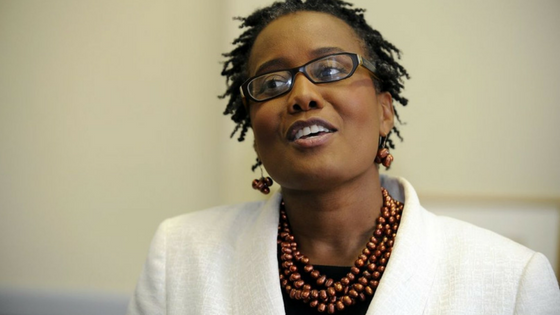 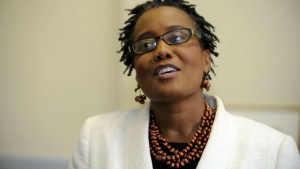 Building our personal, economic, and political power by getting educated and organized, and taking action for progressive change, that’s what we’re all about at BlackHer!

Angela: Tell us about the New York Urban League, or the League, and your role as president and CEO.

Arva: The New York Urban League is the New York City affiliate of the National Urban League. We are one of 88 affiliates nationwide. We work on programs to advance Black people through education, employment, and advocacy.

As president and CEO of the League, I am responsible for managing a $3 million budget and the League staff on a day-to-day basis.  I also lead our strategies to serve the needs and interests of the community.

Angela: What’s the difference between the Urban League and other civil rights organizations, like the NAACP?

Arva: We have similar and complementary missions. The National Urban League was founded about a year after the NAACP.  I always say that the NAACP and the Legal Defense Fund (God bless them) were about fighting for our rights on the front lines, through marches and other forms of advocacy, and through lawsuits.

You have been working to advance people of color from a young age.  You’ve served as executive director for several nonprofits, including Project Enterprise, a micro-lending organization. Then you became the leader of the League before you were 40!  What motivated you to pursue a career in the social sector?

Arva: I have to go back to my history to answer that question, to my parents.  Both of my parents grew up as sharecroppers in Arkansas.  They didn’t have much, and they moved north to Milwaukee before I was born to pursue a better life for themselves and the family they dreamed of having.  My dad started a small business and that’s how I learned about the importance of economic opportunity, which is core to the Urban League.

My parents didn’t go to college but they were determined that all of their kids would go. And we all did.  My mother, in particular, encouraged me to think about a career in public service from a young age. She often said, “If you can open a door, ensure that it stays open so that others can come through it.”  It became my mission in life to do just that. As a Black woman, I have a strong desire to help Black people in particular.

Arva: Yes, I did.  I went to Northwestern and majored in social policy. I thought I’d go to Law School and help my community by working for a District Attorney.  But I decided against this because I couldn’t imagine doing the work that DAs do. I realized that I wanted to work with people earlier in their development so that I could help them find a positive path to success. That interest and desire took me from employment-based youth services work to business-services work to the League, which serves people on many fronts.

Angela: What should Black women know about the League?

Arva: They should know that the League is a resource for them!  And that The New York Urban League is turning 100 years old in 2019!

As part of our 100th-year celebration, we are launching CR 2.0 – or Civil Rights 2.0.  This is born out of the need for folks to have a living wage, excellent employment opportunities, and a voice in this world.

Our target areas for CR 2.0 include building and growing the League’s STEM (Science, Technology, Engineering, and Math) work and developing a program of Core Employers. We are planning to completely flip our employment program.

We already help people write resumes and prepare for interviews. We also want to be the employee provider of choice for certain corporations, like TD Bank. If our people want a job in the commercial banking industry, they’ll be able to come to the League.

The last piece of CR 2.0 is around voice. The Urban League has published The State of Black America since Vernon Jordan led the organization in the 1970s. In 2019, we will release The State of Black New York. We are working with practitioners and academics to understand where we are as a community. We are betting that there will be disparities between our economic and social status and the economic and social status of Whites. We will use what we learn to create a policy agenda and a membership campaign to support that agenda.

Angela: Your plans for employment and CR 2.0 sound new and different. How will the new model work?

Arva: Our current programs serve low-income, low-skilled individuals, who are in transition.

In CR 2.0, we want corporations to know that the League can help them find excellent and diverse employees at all levels. If we can use our access to corporate America to expand opportunities, we want to do that.  For example, when IBM wanted to diversify their workforce, they came to the Urban League.  Local Urban Leagues helped to identify great black folks for the corporation.  Some of these people, in turn, helped to identify new diverse workers.

Even before the launch of CR 2.0, we’ll use our access to corporations to expose young people to new possibilities. For example, we took 150 young men and women to corporate America to learn about various careers. It was like Take Your Daughter to Work Day on steroids! The exposure created a lot of excitement.

We went to Google, Facebook and Microsoft.  We are helping students to imagine themselves in careers that have yet to be created.

Angela: The League is doing a lot to build our community’s power.  What should Black women be doing now to improve our position in the U.S.?

Arva: That’s a great question. I think we really need to get active and express our voices. There are many ways to do that. Clearly, just about everybody is moved, offended, or galvanized by the state of our country right now.  Everybody needs to get active!

Politically, there’s a lot to do. If we want to have national influence, we can give money to folks like Stacey Abrams. We can also join local political organizations and support local candidates. For example, I encourage folks to join Higher Heights to find and support Black women candidates running for office this fall.

We can also join our local Parent Teacher Association’s and get involved in our children’s schools.  It is also an important time to mentor young people so that they can get ahead.  Become a Brownie Troop Leader!  Call up your local Urban League to get involved there.  Now is the time for us to act; I really believe that this is our time!

A lot of us wonder what would we have done during the Civil Rights Movement.  Now we don’t have to wonder.  We know what we would have done then based on what we are doing now.  Many of us are doing everything we can to ensure that our rights and the rights of others are secure.

Angela: Let me ask you the Miracle Question.  It’s a year from now in 2019.  A miracle has occurred for Black women. What happened?

Arva: I have a lot of responses to that question!

Their platform includes equal pay for equal work and accessible and great healthcare.

In addition, Oprah, Mellody Hobson, Shonda Rhimes, and Valerie Jarrett have established a billion-dollar fund to help Black women start and scale small businesses! Our businesses are everything from tech startups that may be sold to barber and beauty shops. In short, the Black women that we all look to and admire from a distance have come together to very boldly and publicly support the community.

Finally, women of all kinds are using our talent to serve the community.  Dr. Martin Luther King, Jr. said that everyone can be great because everyone can serve.  In this miracle, we are all great because we are working together to make the world better.

What We Get Wrong About Closing the Racial Wealth Gap

What’s in it for Us? Black Women and the Democratic Party