On Being Partner and Bringing Your A-Game: An Interview with Alicia Batts 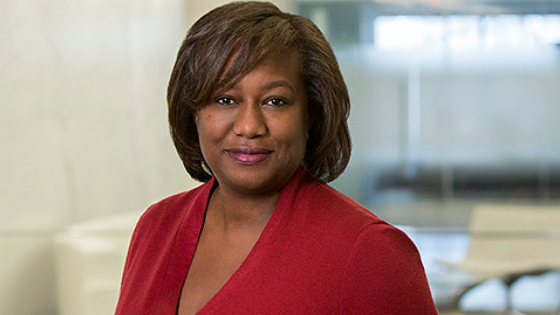 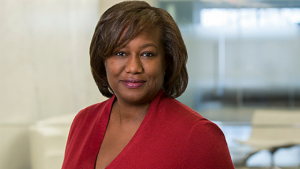 This week we were thrilled to catch up with Alicia Batts, Esq., an antitrust partner at the international law firm, Squire Patton Boggs.  Batts has been a law firm partner for over 17 years.  By holding this position, she breathes rarified air as a professional. While there are well over a million lawyers in the U.S, only 5% are Black women!  Moreover, according to Bloomberg Law, in 2016, Black women made up a mere .64% of the partners at large law firms and a mere 2.32% of the associates. Batts is part of the .64%!

Angela: Hi Alicia.  We are thrilled that you agreed to talk to BlackHer about your career. Let’s start with the basics.  You are a leading antitrust lawyer. Can you describe your career path?

Alicia: I graduated from Harvard College and went directly to Columbia Law School. After law school, I joined Skadden Arps as an associate attorney in the New York Office and later in the Washington office focused on regulatory matters. I liked Skadden and after several years joined another firm to gain deeper litigation experience.

My career completely changed when someone I worked with at Skadden, Mozelle W. Thompson, became a Commissioner at the Federal Trade Commission (“FTC”).  I left the firm to become his attorney advisor.

The FTC is the primary federal consumer protection agency.  It reviews proposed mergers and acquisitions of mega-corporations to avoid monopolies, which could harm consumers.  The FTC, among other things, investigates allegations of unfair pricing, enforces warranty requirements, fights deception in labeling, and protects consumer privacy. The FTC also regulates the “Do Not Call” lists, and “Cookies” relating to your privacy rights.

I loved working for Commissioner Thompson. It was exciting, fun work and I learned a lot. It was a job where I could make suggestions about government policy that were considered and often accepted.

After my stint with the FTC, I returned to private practice and made partner.  Because of my experiences at the FTC, the firm saw me as having an expertise in antitrust matters that would help them provide a unique perspective to clients. I knew the antitrust law and I had experience working at the highest level of U.S antitrust enforcement.  During my time at the FTC, I learned what company lawyers had to do to get transactions approved or blocked by the government. I also had a deep understanding of antitrust policy and how the policy drives the government’s decisions in antitrust investigations.

Angela: Some people say that the best jobs a lawyer can have are at large law firms, where you are well paid and handle complex legal issues for wealthy corporations. Yet, the National Association for Law Placement (NALP) says that Black partners account for less than 2% of partners at the nation’s major law firms. When less than 2% of law firm partners are Black, let alone Black women, how on earth does a Black woman become a partner at a major law firm?  How’d you do it?

Alicia:  There’s no simple answer since there are a lot of components to making partner at a large law firm.  First, you definitely have to want the job.  You have to be good at it, and you have to work hard as you make your way through the ranks.  That’s true of advancement in any profession these days.  Second, you need to show that you’ll help the firm make money if you are a partner, either by bringing in clients or by doing work for other people’s clients’ given your unique expertise. This is particularly true for Black women because some people have trouble visualizing Black women in leadership or supervisory positions.

Angela:  What does “you have to want it” mean?

Alicia: Being an associate attorney at a law firm is not easy.  It can require 12 plus hour work days – sometimes for 8 years or more.  These are not great hours for mothers or anyone who wants to maintain a relationship of any kind. For Black people, it requires an ability to work as a leader in an environment where you are often the only person of color in the room.  You’ll also hear criticisms of your work, your clients and even your thought process.  So, you need a thick skin. It’s a high-stress job. To succeed, you really have to want it despite these things.

Angela: Working long hours for 8 years sounds like another level of intensity.

Alicia: It is. And, I have to stress that with few exceptions, hard work alone will not get you promoted to partner.  You need to interact with your colleagues and bosses on a personal and a professional level to figure out if you like the culture of the firm, and so that they can get to know you.

Alicia: Particularly if you are a woman and a person of color, you have to bring something extra to the table besides being a good or even great lawyer to get promoted to partnership. You need a specialty, or access to great business clients, influential people, or great civic organizations.

Angela:  Everyone talks about how important it is for Black women who want to succeed in corporate America to have a mentor.  Is that true?

Alicia:  It is true, but it’s only part of the story.  You should seek out a mentor, but you also need a sponsor.  These experienced lawyers are not just your friends or supporters.  They are there to help you advance in your career. Mentors are partners who tell you how to make it at the firm, and who give you guidance on how to approach a certain work product.  Sponsors serve a different purpose in your career.  They are generally more influential partners at the firm (perhaps they have a lot of clients or head up a practice group), who can persuade other partners to vote lawyers into the partnership. Your sponsor endorses you, seeks other endorsements on your behalf, sometimes by brokering deals, and then makes the case for your admission to the partnership.  Once that happens, the world opens up for you.

Your sponsor does not have to be close to you, but they do have to believe in you. They must be willing to go to bat for you.  Your mentor and your sponsor may be the same person, but they have distinct roles.

Angela: Can a Black woman be mentored or sponsored by a white man, white woman or other minorities?

Alicia: Yes, we can have mentors who are Black, White, Asian, Hispanic, male or female, and we should take as many helpful mentors as we can find.  It’s all about developing relationships with people who are willing to give us opportunities and to teach us. I’ve had mentors of all kinds who were very helpful to me.

You can and should take sponsors from all backgrounds.

Angela:  BlackHer is all about helping Black women develop their personal, economic, and political power.  Being a partner at a major law firm appears to be an important and powerful position.  Is it everything we think it is?

Alicia: Being a partner is a powerful position, and I am personally grateful to be here.  Lots of people helped me get to this position in my career by strategizing with me and standing up for me at the partnership table.

It’s a good job because you decide what type of work you want to do and you have more personal autonomy than you do as an associate. In addition, you make a good living. You can ensure that your clients get excellent work by controlling who gets to work with your clients.  It’s a powerful job because you can choose who you want to work with and help other people advance in their careers by giving them good work, good advice and speaking up for them as their mentor or sponsor. That’s very satisfying.

Angela:  You have represented some of the largest corporations in the world as an antitrust lawyer and have participated in deals that we’ve read about in the papers. I know we are not talking about your client base today, but has partnership enabled you to be a better lawyer?

Alicia:  I think it has. My client base has expanded, so I have been exposed to more issues.  I also win more cases! It’s not just a question of experience. I walk into a meeting with opposing counsel as a partner at a major law firm, and I have an added boost of credibility.  Being able to play your A-game every day makes work more satisfying and fun.

Angela:  Have Black women “overcome” in the legal profession?

Alicia: I don’t know that we have overcome since our overall numbers at large law firms are slightly lower than they were before the great recession in 2008, but I do think things are changing for Black people.  There are more and more minority leaders serving as general and associate general counsels at major corporations. As these folks pick legal teams, more opportunities are opening up for minorities in the profession.

In-house lawyers have a lot of say about what happens at law firms because they hire law firms and pay the bills. Many of these lawyers have decided that they only want to work with firms that have some Black or minority partner and that they want minority lawyers on the legal teams that represent them.  It’s an important move for creating equality within the profession and it’s a smart move. Diverse teams have better solutions and get better results. We should celebrate in-house counsels and business leaders for creating more opportunity in the profession!

I also applaud firms that have diversity at the top, like my firm, where the managing partner is a Black male.

Angela: Let me ask you the Miracle Question.  You go to sleep tonight and wake up in the morning and it’s September 2019. The miracle has occurred for Black women.  What happened?

Alicia: Opportunity has spread out equally.  Everyone has a real shot at making it.  And fake barriers – like perceptions based on our race and sex –  don’t stand in our way.  As a result, there are many, many more high-powered Black women partners and attorneys, and we are supporting each other, Black men, and other people who have been on the outside. The world has decided to apportion opportunities to people based on skills, expertise, and credentials.