On Building a Bridge Between Prosecutors and Community Members to Bring People Home: An Interview with Hillary Blout 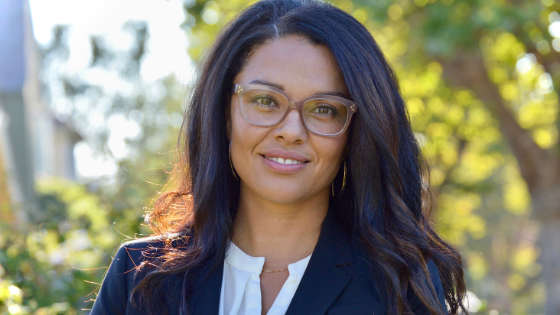 Our BlackHer Shero of the Week is Hillary Blout, a former prosecutor and founder of For the People, a California-based nonprofit focused on reducing the prison population through District Attorney (DA) engagement, community empowerment, and system accountability.

Hillary, it’s great to meet you.  I took a look at your site. To my eyes, your job is to get people out of prison.  Is that right? How would you define what you do?

That’s right.  According to a report by NYU School of Law’s Brennan Center, there are currently hundreds of thousands of Americans in prison right now who could be safely released.  Through our work, we are helping to identify these people and bring them home. We do this by working with the prosecutors who put them there.

Many people don’t realize this but district attorneys (DAs) are the most powerful actors in our criminal justice system.  Many people wrongly assume that judges have all the power. But it’s district attorneys who determine how long people spend in prison or if they should serve time at all. They have the power to dramatically change the trajectory of peoples’ lives.

At For the People, we’re trying to fundamentally change the way that the 2,400 elected District Attorneys in the U.S. work.  If we can do that, we can change the outcomes for people impacted by the criminal justice system.

I love the clarity of your theory of change.  The Women Donors Network has also highlighted the role of prosecutors in our justice system in their Justice for All? campaign. As you know, 94% of prosecutors are white.  As a Black woman, how do you influence this group? Why are they listening to you?

I think they are listening because I’m a former prosecutor myself and I empathize with them.  I understand the pressure they are under and the cultural norms they face to get convictions. District Attorneys used to be portrayed as heroic figures in shows like Law and Order, but that is changing.  Especially for Black and Brown folks, DAs are not heroes.  Many people perceive DAs as only being about putting Black and Brown people behind bars.  And while that isn’t true for the majority of prosecutors, it’s understandable why communities and families impacted by the system feel this way.  It’s our job as DAs to understand where these feelings come from and commit to doing better.

We want to shift the way that DAs perceive and practice their work.  Prosecutors can do more than just be “tough on crime.” We want them to embrace another form of justice by balancing equity with public safety.   In addition, DAs can (and should) adapt to their constituents’ views, especially in light of the fact that demographics and perspectives are changing. They can prove to the community members they serve that they do care.

Today, since I’ve taken my show on the road, there is more buy-in for the work.  My fellow prosecutors, not just progressives, want to amend their practices. They want to make things right and are more willing to confront the inequities in the system.

With all of the focus on national politics, it’s hard to remember the power of DAs and other local officials and push them to be responsive to our concerns.

That’s right.  For the People is also working with community-based organizations to lift up local concerns and help tell that story.  Ultimately, we want to create a set of best practices for connecting prosecutors and community-based organizations. After all, it’s community leaders that have been beating this drum and should have a say over what works and what doesn’t.  I’m committed to creating a system where both prosecutors and community members can work together and bring people home.

Your work seems like a no-brainer.  Why wouldn’t prosecutors want to let more people out?  In addition to the fact that it’s the right thing to do, isn’t sentence reduction a huge money saver?

Yes.  In California, where I live, we spend $80K per year to house someone in prison!  That said, there are still barriers to reform. First, sentence reduction is a new way of doing justice.  DAs are used to getting a case, working with victims, sentencing the defendant, and moving on to the next case.  They don’t think of reevaluating sentences as part of their job. They look to parole boards to deal with it. But, with so many ways to send people to prison, we need more agencies engaged in getting people out. Second, the process of getting someone out of prison has many technical aspects and so the work at the outset costs money. DAs must determine if there are any public safety concerns before recommending a person for release or a shorter sentence. Part of this is figuring out post-release plans and knowing where returning citizens will live and work.

That’s why working with community organizations is critical. Together, we work with people in prison to show how the drivers of criminal behavior have been addressed through education, work, self-help groups, and other in-prison programs.  Community groups can help tell the redemption stories and solidify re-entry plans. Partnering with community groups enables us to do this work.

Your work is powerful.  How did you come to it?

I grew up in a high-crime, low-income community in California.  I was one of those kids with little supervision and I witnessed first-hand what happens when adults aren’t around.  I had friends who paid the consequences for bad decisions. As a young adult, I wanted to be a public defender because while some of the people that I grew up with did make bad decisions, they were not bad people.  I wanted to center their redeeming qualities.

In 2006, I did an internship with Kamala Harris’s office, when she was the DA.  She was talking about a program called “Back on Track” that provided alternative job opportunities to people selling drugs.  This made so much sense to me. That said, I also knew that our job was to convict people. I actually said to her, “I don’t know if I’m the right fit for this work because it tugs on my emotions.”  She said, “That’s exactly the way you should feel and why you should do this work.”

After that, I was all in. And I worked as a DA from 2007 to 2013.  For me, part of the challenge of the job is that I had to enforce laws I didn’t believe in, laws I thought were unfair.  And it was hard to accept that for many, the criminal justice system is a revolving door. Too many Black and Brown people were cycling through as both defendants and victims – they were experiencing the failures of the system from both sides.

Remember, as a kid, I wanted to help people and show how people aren’t bad, but maybe misunderstood or have lost their way.  Ironically, as a DA, it was my job to center the bad things that people were doing and to use that to convict them.

This was near the time that Michelle Alexander published The New Jim Crow – Mass Incarceration in the Age of Colorblindness.  “Mass incarceration” was a new term.  The book focused on what happens to people and how their lives are permanently damaged after incarceration.

I started talking to hundreds of people and hearing about their experiences inside and outside of prison.  I could see how flawed the system was because I had seen the system from many angles. At that moment, it was clear to me that there was a better way.

Like The New Jim Crow, Just Mercy by Bryan Stevenson is a powerful book.  Do you think that part of our problem as citizens is that we don’t have mercy for each other?

I do.  This is one of the questions I often asked myself.  Where is the compassion, mercy, and forgiveness in the role of the prosecutor?  One of the reasons I left my job as a DA is because I am a feeler. I always struggled with whether I had the right constitution for the work.  District Attorneys are behind a wall where they are often isolated or set apart but it doesn’t have to be this way. For me, true awareness came from stepping out of the courtroom.  Also, I’m not afraid of having my perspective challenged.

How can BlackHer readers and subscribers learn more about For the People and the Sentence Review Project?

We are always looking for partners and volunteers, especially lawyers who want to provide pro-bono support for a case.  For the People is a nonprofit, so people can donate!

My mom is also my Shero.  She is Black and Japanese.  She was born in Japan and came to the U.S. with my grandmother.  I deeply admire her willingness to traverse uncharted territory. She was a single mom in a mixed-raced family and we lived in a poor, violent community.  Even so, she helped me emerge from my childhood with a mixed culture and values. I’m not all Black and I’m not all Japanese because of the different experiences I had growing up – I guess it helps me live in the gray.

Let me ask you the miracle question.  You go to sleep tonight and wake up tomorrow and it’s November 2020 and a miracle has occurred for Black women.  What happened?

There is a global awakening and the world understands the value of Black women in leadership, academics, nonprofits, business, etc.  People are elevating the voices and unique perspectives that Black women bring.

On Saving Our Lives by Protecting Our Environment: An Interview with Doris Browne