On Building An Equitable Housing System: An Interview with Andreanecia Morris 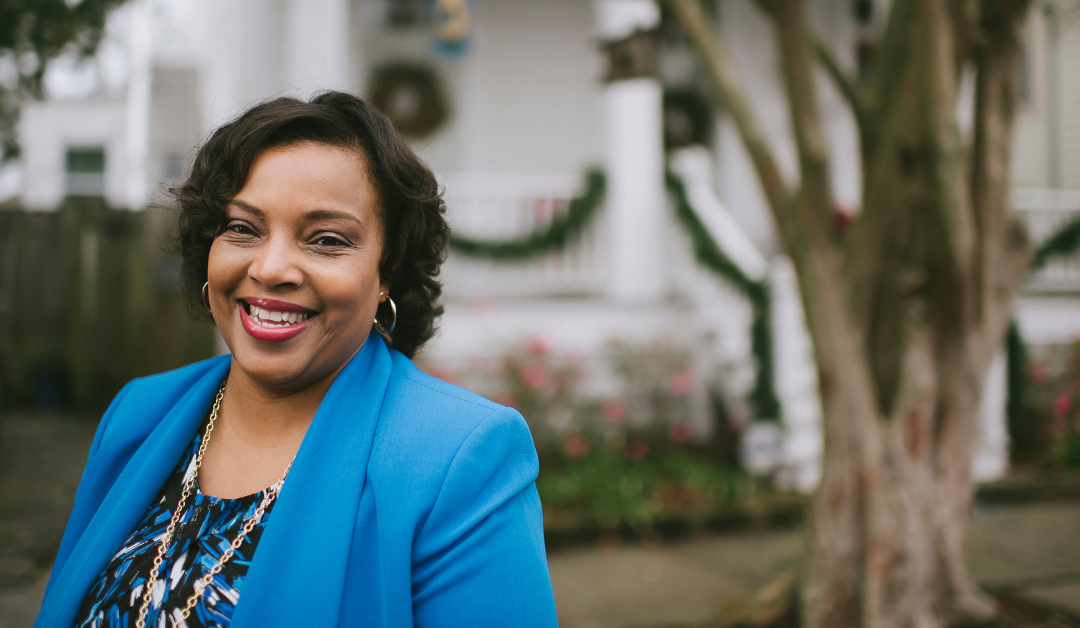 Our BlackHer Shero of the Week is Andreanecia Morris, executive director of HousingNOLA, a partnership between community leaders, and dozens of public, private and non-profit organizations dedicated to solving the affordable housing crisis in New Orleans. Andreanecia and I spoke at length about politics (she can’t wait for us to defeat Donald Trump in November!), her passion for community empowerment, and her weekend plans to binge-watch shows on Netflix.

Tell me about your organization.

HousingNOLA was launched in 2014, nine years after Hurricane Katrina. Billions of dollars had been invested in New Orleans to rebuild housing, including hundreds of thousands of man-hours by volunteers to help people rebuild their homes, and hundreds of millions of dollars in philanthropic investment. And, still, New Orleans was experiencing an affordable housing crisis the likes of which the city had never seen.

Many of us started asking, What’s going on here? Why is this happening? We knew that Katrina money was going to run out soon, parts of the city still hadn’t been rebuilt, and we had gotten ourselves into a housing insecurity crisis that no one was talking about it.

One of our local philanthropic partners challenged us to come up with a plan that would dig into this issue, educate the community, and be equitable. HousingNOLA is the result of that challenge.

We determined that it wasn’t enough to know the structural barriers to affordable housing. We also needed to engage the community to ensure they understand what that means. We help community members understand the impact of funding and zoning on housing in New Orleans. We also help folks learn who is responsible for failing to make decisions and hold them accountable.

As advocates, developers, and bureaucrats, we try to respond to policies. HousingNOLA is working to change policy in order to build a new system. Equity can be systemized. We can build an equitable housing system. The key to it is accountability.

Why is housing such an important issue in New Orleans?

Since the 1970s, New Orleans has been a majority Black city. When we say Black Lives Matter, we cannot ignore systemic racism in housing. Over time, we’ve focused on decarceration and desegregation in schools and neighborhoods, but we haven’t focused on housing. In America, the people at the bottom of the housing hierarchy are renters, and the people below that live in public housing.

Our housing authority was the 6th largest housing authority in the United States, with 15,000 public housing units. That’s pretty big for a city with approximately 600,000 residents at its peak. We had an affordable housing problem before Katrina, but it wasn’t as severe as it is now. We had more naturally occurring affordable housing. Rents were cheap because of the market and because of what people were being paid. At the same time, people bought into the notion that if you needed subsidized housing you were lazy—you know the welfare queen stereotype.

How do some of the biases about affordable housing and people who need it show up in public policy?

In New Orleans, it shows up as respectability politics run amok. Pre-Katrina, if you ran for office in parts of the city and there was a perception that there was a lot of Section 8 housing in that area, you had to denigrate Section 8 residents as part of your platform. It didn’t matter if these residents were a significant part of your constituency, you still had to bad mouth them. That’s how deep-rooted these beliefs are. It wasn’t just white people; it was Black men and women saying these things.

When Katrina hit and we started getting all of these resources, we understood that the resources were for homeowners who couldn’t afford to rebuild. Renters, on the other hand, couldn’t qualify for or easily access help.

Unfortunately, we didn’t do the hard work of destigmatizing affordable housing and educating people. We assumed policymakers and politicians knew what to do and then we watched them create programs that marginalized these people. The very folks who make New Orleans special, hospitality and tourism workers, who are often Section 8 and public housing residents, were left out.

How does the affordable housing issue in New Orleans impact Black women?

This is for Black women across the board: old, young, married, single, with kids and without. Ronald Reagan did his job so well with the Welfare Queen narrative that it is seared into the consciousness of Americans, and when we talk about affordable housing, people envision a poor Black woman with too many kids. It’s a very specific stereotype that has both gender and racial bias and paints Black women as hypersexual, irresponsible, and lazy.

As a Black woman, I take this to heart. I ask myself. If I don’t fight for us, who will? In my work, this means that I take my cues from the lived experiences of the community, and I work with and from the data. That data show that pre-Katrina, 75% of the units in this majority renter city, cost less than $500 a month. But if you have a job making $7 an hour this is still unaffordable. In 2014, we realized that 75% of the units started at $700 a month—even though incomes in New Orleans haven’t changed in 40 years.

Let me ask you the Miracle Question. You go to sleep tonight and wake up tomorrow and it’s October 2021 and a miracle has occurred for Black women. What happened?

Decision-makers are heeding Black women, particularly those who live in subsidized housing. The 2021 HousingNOLA Annual Report Card has been issued and New Orleans has made millions in public funding available for housing for hospitality workers and other vulnerable populations (like the formerly incarcerated and seniors) in the form of vouchers, new construction, and housing rehabilitation programs. Housing in New Orleans is becoming a model for the rest of the state and the country.

On Centering Black Women in U.S. Economic Policy: A Conversation with Janelle Jones

On Changing the Narrative Around and Advancing Health for Black Women: An Interview with Natalie Burke