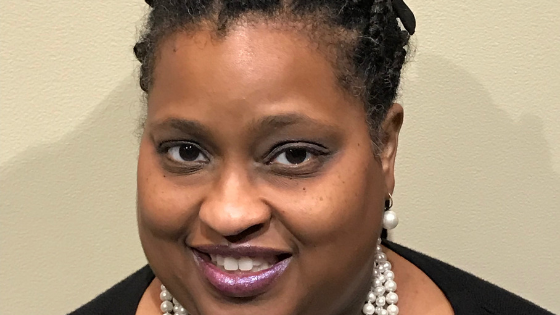 Our BlackHer Shero of the Week is Holli Holliday, president of Sisters Lead, Sisters Vote (SLSV), a nonprofit organization created for, by, and comprised of Black women.  Their mission is to “build power for Black women, their families, and their communities. Period.” Holliday is also chief strategist at Holliday Advisors, a political campaign consulting firm.  She’s a third-generation lawyer who also runs her own law firm in partnership with her brother.

Jocelyn: Why did you start Sisters Lead, Sisters Vote?

Holli: I work with an incredibly esteemed group of board members.  We have worked together in the civic engagement, political, and social activism space for decades.  We realized at the end of the 2016 election, that what you see at the end of a campaign or primary or even a presidential election isn’t the whole story.  We’re very good at celebrating the important and visible successes, like the incredible wins of Rep. Lauren Underwood, Rep. Ayanna Pressley, and Rep. Lucy McBath.  But their victories are part of a much larger story.

Over 900 women ran for office in 2016.  It’s amazing that so many women said, “I have got to step up.” At Sisters Lead, Sisters Vote, we want to be sure that Black women have the tools and support they need when they do step forward.  We will be here when the cameras are gone.

Jocelyn: I love your focus on supporting Black women as leaders, especially when we aren’t in the spotlight.  Can you say more about that?

Holli: Black women’s leadership exists on a continuum and it shows up in many ways.  We want to validate the fact that we are all leaders and our leadership is diverse.

I learned this at a very young age.  My grandfather and my father were both elected officials and they got the accolades because they were the ones breaking barriers.  But their success was always undergirded by my grandmother and mother who were not in the spotlight but were also extremely accomplished.  My grandmother had a master’s degree in social work.  My mother finished her Ph.D. in business and technology in her 50s!

Also, my mother now co-leads the oldest political action committee (PAC) in Missouri.  Politicians that comes out of Kansas City acknowledge the role that my family played in helping them get elected.  For example, my family helped elect Congressman Emanuel Cleaver.  I grew up in his church and am still very close to him.

I grew up as part of that environment.  We organized in the wards and precincts 365 days a year.  We knocked on doors and dropped literature.  Everyone got involved.  The adults made it fun for the kids. They named our organization – Young Freedom.   In fact, my mother gave birth to me on March 5rd and a few days later she was back at work with me asleep under the table!

Jocelyn: It sounds like you’ve always been a leader and been around other leaders.  How is Sisters Lead, Sisters Vote helping more Black women to follow in your footsteps?

Holli: At SLSV, we do three things.  First, we are expanding leadership opportunities for Black women. For example, when President Obama had an opportunity to appoint the next supreme court justice, Black women were disappointed that no Black women were on the shortlist, despite the fact that he had been provided with a list of capable Black women.

We’re focused on building the ranks of administrative roles as well.  We have three Black women leading state parties, including Sen. Karen Carter Peterson in Louisiana, Dr. Maya Rockeymoore Cummings in Maryland, and Alicia Andrews in Oklahoma.  We now have two Black women – Anne Reid and Joi Chaney – who are chiefs of staff for two sitting US Senators.  This is huge.

Second, we are holding institutions accountable to Black women.  For example, last summer when Nancy Pelosi and Chuck Schumer tried to dress down Maxine Waters we created a petition to lift her up and pushed back hard.  We said, “we cannot support this party if you don’t support our leaders.”

SLSV has influence.  Our board members, including Melanie Campbell, Avis Jones-DeWeever, LaTosha Brown, and others are recognized influencers in politics.  Folks aren’t just reacting to us anymore, they’re reaching out and looking to us for the answers –to show them what’s next.  We want to use Black women’s influence to impact the narrative and the conversation.

Finally, at SLSV, we are expanding civic engagement research to ensure that it is inclusive of underserved communities.  There is massive survey data out there that needs to be curated and analyzed so that we better understand Black women voters.

Jocelyn: Is there anything else you want BlackHer subscribers to know about SLSV?

Jocelyn: Let me ask you the miracle question.  You go to sleep tonight and wake up tomorrow and it’s June 2020 and a miracle has occurred for Black women.  What happened?

Holli: There is a Black woman sitting on the Supreme Court.  That would be the pinnacle for me. A sitting Black woman justice would have more of a ripple effect than even a Black female president.