On Centering Black Women in U.S. Economic Policy: A Conversation with Janelle Jones 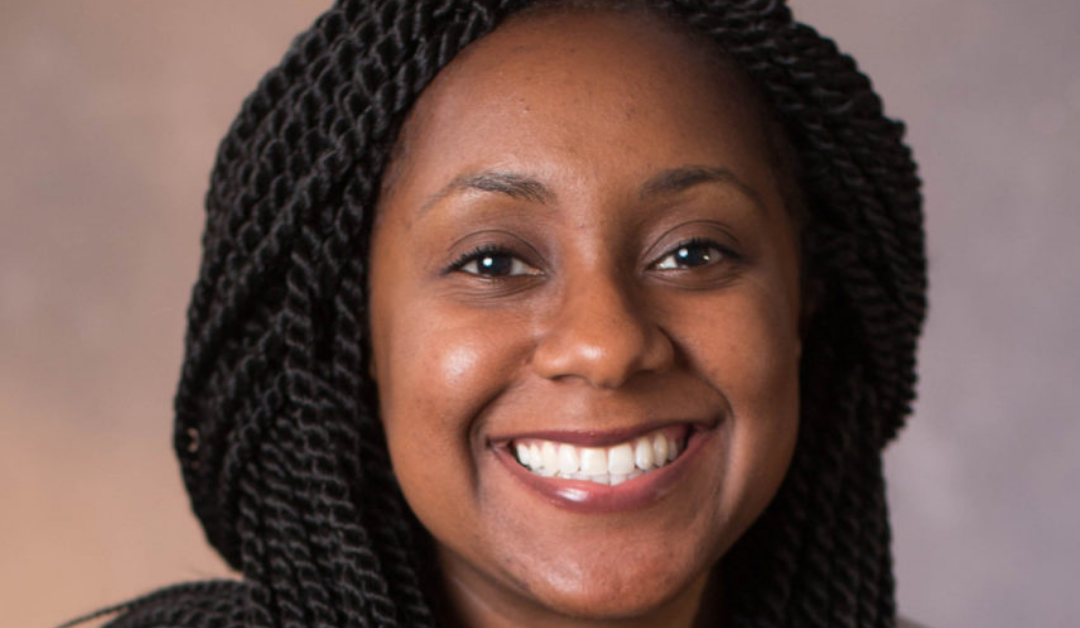 Our BlackHer Shero of the Week is Janelle Jones, managing director of policy and research for Groundwork Collaborative. Jones coined the term, “Black Women Best” to advance a framework to center Black women in order to advance an equitable economy.

Tell me about your organization and what you mean when you say, “We are the Economy.”

Groundwork Collaborative was created two years ago with the goal of creating a new economic frame that centers real people. When we began to survey folks to determine a new narrative for our work, my boss Michael Linden kept using the phrase, “We are the Economy”.

It’s a shorthand phrase that reminds us what really makes the economy go – we do, all of us!

Thus, when regular people can’t go to work, maintain their health, and more, the economy shuts down.

In March, when we saw news headlines like “Forty million people out of work, Dow Jones has its best week on record,” we realized that there is a mind-boggling disconnect between how we talk about our economy and the experiences of everyday people. We have to start measuring and evaluating the health of the economy based on what is happening to us. The idea that the stock market or anything else is a better indicator of economic health is incorrect and leads us to create bad policy and enact bad solutions.

‘We are the economy’ makes so much sense and it requires a mind shift because most of us were taught that the economy is something remote.

Right. We were taught that the economy is this thing that floats above us and we have to make sacrifices to make sure it doesn’t hurt us. But that is ridiculous. Our economy is a series of choices and decisions made by people.

You’ve coined a new economic term too – Black Women Best.  What does that mean?

As we began to talk to people about their experiences of the economy, we often ended conversations by asking folks to share three words that sum up their economic philosophy.

For me, the three words are Black women best.  It means that if Black women are doing well, if we are economically secure, and have the dignity and space to lead our lives the way we want to, then everyone else is doing well.  It’s actually a very inclusive measure of how to determine whether or not the economy is functioning well.

Black women are often at the bottom of indicators of economic health. Michelle Holder has made a really good point that the intersectionality of our identities and our experience of both gender and racial discrimination creates a “double gap” for us.

Black women best keeps the focus on the groups that are often left behind. We shouldn’t declare success while millions of people are still very much struggling.

I hear you saying that we have to ask the question, “How are Black women doing in any conversation?” Is that correct?

That’s right. I’m a Black woman and I care deeply about other Black women and want us to succeed. But the other reason that we have to ask how Black women are doing, is because if Black women are experiencing low unemployment, increasing their wealth, running profitable small businesses, experiencing good health care, etc. it means that everyone else is doing well.

In the history of this country, there is no example where Black women are doing well and everyone else is doing poorly. It’s just not the way that the U.S. is set up. Black women best is an inclusive economic framework.

Talk a little about why we need more Black women economists.

The state of the world is why we need more Black female economists!

This summer, Bill Spriggs, chief economist at the AFL-CIO, made a point about race and economics more generally. He reminded us that economics is a place where traditionally we do hardcore rigorous analytics and then sprinkle in race and say we have a race analysis. This approach ignores the foundation, the creation, and the institutions of this country and the way that race is intertwined with it. The idea that you can study the economy and not include race as the foundation means that you aren’t actually studying the economy.

“You don’t have to say racialized capitalism. That’s redundant.”

I’m not saying that white economists can’t study race but if you don’t have the experience of racism there are some things you just don’t know. That’s another reason that we need more Black economists.  Finally, for better or worse, economists in this country have a platform to say or do anything – they are in politics, they are running businesses, they are journalists. If we’re going to give economists such a privileged position in our society then we need them to understand that our economy is intertwined with race.

I have so many! I’m an economist by training. In my professional capacity, my sheroes are Valerie Wilson at the Economic Policy Institute, Michelle Holder at  John Jay College, Lisa Cook at Michigan State, Rhonda Sharpe at WISE(R) Women’s Institute for Science, Equity, and Race and Tressie McMillan Cottom, at University of North Carolina Chapel Hill. Everything she says is golden. I admire the work that Anna Gifty Opoku-Agyeman and Fanta Traore are doing to inspire the next generation of Black female economists at Sadie Collective. Finally, I love the work that Angela Peoples is doing at BlackWomxnFor. My calling is not to organize so I really appreciate and am a big fan of what she’s doing.

Let me ask you the miracle question.  You go to sleep tonight and wake up tomorrow and it’s October 2021 and a miracle has occurred for Black women.  What happened?

On Building An Equitable Housing System: An Interview with Andreanecia Morris