On Championing Black Women: An Interview with Vanessa De Luca 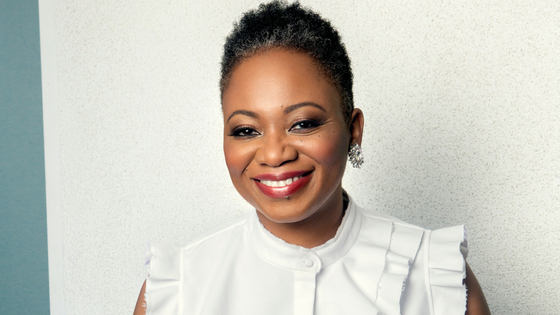 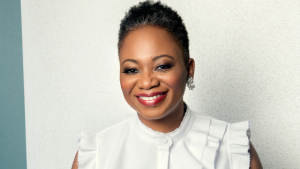 Angela: Vanessa, you have had an amazing career in the media.  Can you tell us how that happened?

Vanessa: I decided to pursue a career in journalism after being in retail for seven years. I was a retail store manager, assistant buyer, and then worked in product development.  It was a fine career start, but it was not the right fit for me.  I graduated from Harvard College with a degree in English and American Literature; my thought was that I really wanted a career involving writing – I thought in book or magazine publishing.

I attended New York University’s summer publishing institute, which focused on both book and magazine publishing.

One month after the Institute ended, I interviewed for a position as a lifestyle editor at Glamour magazine. A lot of people questioned whether I was ready to accept a low-paying, entry-level position at the magazine – given my seven years of work experience. I’d have to get people coffee, make copies, take notes, and handle a lot of basic administrative work in addition to writing.

I made it clear that I wanted the position and this is why.  I knew the world of fashion from my work in retail. I would have a minimal learning curve. I got the job!

I was hired by Joanne Mattera, an editor who understood career transitions because she had done the same thing. I gave up my apartment and moved in with my parents, due to the pay cut.  My parents freaked out and wondered if I knew what I was doing. I didn’t worry; I had faith.

Angela: That is a great story!  You changed careers and found greater career happiness and success.  How did you end up at Essence?

Vanessa: I left Glamour to go to journalism school. I ended up at the Columbia School of Journalism. I paid my way through school through freelance work and by co-writing Tyra’s Beauty Inside & Out with Tyra Banks.

After graduate school, I landed at LIFE magazine, as a staff writer handling general assignments. The managing editor and I clicked. She told me that I had an editor’s mindset. I thought about why she said this. Being an editor provides more control and you can be a decision-maker. I listened to what the universe and the world were telling me.  I shifted from the writing side to the editorial side of magazine work.

This was not easy. At the time, Time, Inc., which owned LIFE, was not known for being an environment where Black people could shine. People constantly challenged my value, credentials, and ability to be there. I had to grin and bear it.

When LIFE shut down in 2000, I got a call from Essence. I was hired as a senior fashion and beauty features editor, but I also wrote articles for other departments.  By 2008, I was Lifestyle Editor and Executive Editor. I sought a lateral move to Web Editor, having filled in after that top editor left. I didn’t get the job, so I left. I went to culinary school and started a food blog!  Before I knew it, I was hired by General Mills as Editorial Manager of their websites.

In 2011, Essence called again and asked me to interview for the Editor in Chief (“EIC”) position.  I wasn’t hired for the job, but I was hired as an Executive Editor, under a different editor. After a few years, the woman who got the EIC job left, and I was appointed Acting EIC in February 2013. I became the EIC in July 2013.

Angela: One of the things you are known for is your very innovative work as Editor in Chief at Essence. You have also been recognized as a voice for Black women. What parts of your work at Essence were most significant to you?

Vanessa: That’s easy – doing work that allowed me to give voice to Black women in all facets of life, and to acknowledge our contributions to the world.

Black women are doing great work everywhere. We wanted to show them that we saw them.

That’s why I created the Woke 100 List.  It was important to show that Black women are doing work at all levels, including at the grassroots level, even though you will almost never hear our stories.

Think about Black Lives Matter. I thought it was important that people know that three queer women of color started this important movement.  I wanted to make sure that people knew that Black women consistently take the lead in our social movements.

Angela: Many regular people are out there making things happen. How do we remind Black women that we are powerful?

Vanessa: We have to be reminded to give ourselves credit for our contributions to the world, which are many. Maybe because we are so often undervalued, we fail to realize that we are doing important work in the spaces we occupy. For example, when it comes to building our communities, being a mentor is just as important as being Michelle Obama or Maxine Waters. Every one of us is playing a role to change the future.

Angela: What did working as Essence’s EIC mean to you?

Vanessa:  For me, Essence magazine was a “passion project.” I wanted to show how Black women should be celebrated and inspired! We deserve both all of the glamour and the celebration of ourselves that the magazine offers! My team at Essence created a celebratory and inspiring magazine which took on real issues, despite our being pressured to create a magazine that was less controversial and more “advertiser-friendly.” For example, the Black Lives Matter cover was one of our biggest selling, highest performing, and most viral issues. We gave advertisers a chance to remove ads from the magazine and they didn’t. It was great because running the cover showed our readers that we had their back.

Angela: You have long lived by the adage that “nothing is permanent”.  You’ve left the Editor in Chief position at Essence after many great experiences.  What’s next for you?

Vanessa: It could be many things and that is what is exciting! I have never been someone who felt like I had to do one thing for the rest of my life.  Now, I am in an exploration phase.  I am thinking about new ideas and how I can use what I have learned to advance social causes and issues in the business world.

Brand consulting, writing about issues that matter to me (especially in this current social climate), advising on corporate social responsibility – all of these items could lie ahead! Do I pick one, or can I be in many lanes?

I want to make sure that whatever I do next does not interfere with the family life that I want to have now. I am a lot more focused on that than I have been in the recent past. I have been working constantly and have regularly been on the road for the past 5 years. My husband has been incredibly supportive of my career but going forward, we want to have the time to do the things that we want to do for our family without work always taking precedence.

Angela: You’ve been writing content about beauty and lifestyle.  Yet, you are also clearly motivated by the social, political, and economic issues that affect Black women.  Can we use beauty and lifestyle issues to get people to think about other issues?

Vanessa: Yes, absolutely. Seeing this requires letting go of the narrative that only certain things are political.  There is activism in all spaces! For example, Bethann Hardison has been fighting for diverse runways for years, and she is winning.

For years, beauty companies were not interested in selling to “all audiences” and did not make makeup colors for us. Now, they do, mainly because it’s good business to do so.

Angela: I remember that one of the few places where my mother could get foundation was Fashion Fair.

Vanessa: We also have great product lines that were created by people of color like CarolsDaughter and Mented Cosmetics.  It’s a political act to serve a market! We have to remind people of this.

It is also a political act to become an entrepreneur. There are a lot of people of color who are entrepreneurs in the beauty space.

Angela: BlackHer is about increasing Black women’s personal, economic, and political power.  What should Black women be doing now to improve our position in the U.S.?

Vanessa: Black women cannot wait for someone to save us; we must save ourselves.

For some of us that may mean running for office, striking out as an entrepreneur, investing in a politician who shares our values, or being an angel investor who creates opportunities for women of color.

There are many ways that we can empower ourselves and each other!  We need to network and make the right connections to find those ways. It’s a process, and we have to be willing to go there.

Also, as my mother says, “You don’t ask, you don’t get.”  One of the ways to improve our position is to know what we want, ask for it from ourselves, each other and others, and to do things that are hard to do to get what we want!

Angela: We have to ask you the miracle question!  It’s 2019, a year from now, and a miracle has occurred for Black women. What happened?

Vanessa: 2019 is around the corner.  I don’t know if we will see a drastic change, although there is momentum. I think that we are already moving towards the Miracle.  There’s more talk about intersectionality, and Black women will be front and center in all of those conversations because we have the most to lose if things go awry.  Whether we are talking about pay equity, workplace harassment or civil rights.  We will be a part of the undoing of the things that threaten us!

The Black Women’s Wage Gap Is Systemic, but That Doesn’t Mean It Can’t Change